This climate crisis report asks: what is at stake? In short, everything 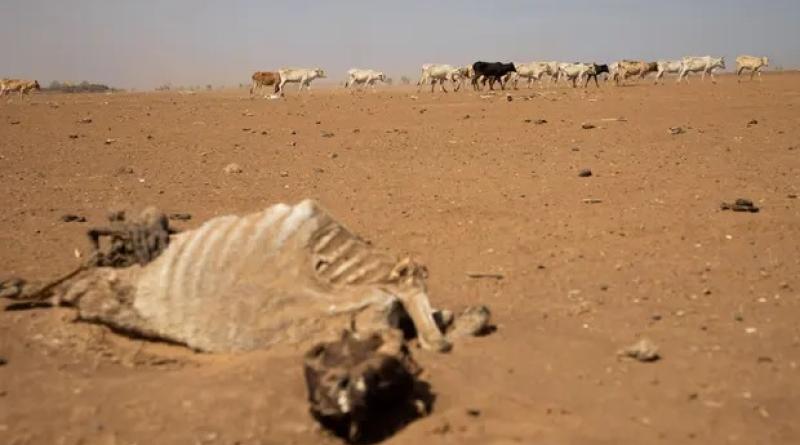 “A liveable and sustainable future for all”. It is the very last words of the new report from the Intergovernmental Panel on Climate Change (IPCC) that spell out what is at stake. In short, it is everything.

The damage from global heating is already hitting hard. The comprehensive IPCC assessment, which is based on 34,000 studies, documents “widespread and pervasive” impacts on people and the natural world from increasingly frequent and intense heatwaves, droughts, wildfires, storms and floods. Some impacts are now irreversible.

The new report analyses the impacts of the climate crisis and how humanity can adapt, in addition to slashing emissions. The good news is that a liveable future remains within grasp – just. But the window of opportunity for action is “brief and rapidly closing”. The response from UN secretary-general António Guterres was stark: “Delay is death.”

But tackling climate impacts alone will not work. The IPCC sets out in the strongest terms to date that the climate crisis is inseparable from the biodiversity crisis and the poverty and inequality suffered by billions of people.

Given this scope, and with a liveable future on the line, the assessment could be seen as one of the most important in human history. It was produced by more than 1,000 physical and social scientists and unanimously approved by the governments of 195 nations.

“I have seen many scientific reports in my time, but nothing like this,” said Guterres. Laurence Tubiana, at the European Climate Foundation and one of the architects of the 2015 Paris climate agreement, said the report was “brutal” and “there can be no more excuses” for inaction.

Already, 3.5 billion people are highly vulnerable to climate impacts and half the world’s population suffers severe water shortages at some point each year, the report said. One in three people are exposed to deadly heat stress, and this is projected to increase to 50% to 75% by the end of the century.

Half a million more people are at risk of serious flooding every year, and a billion living on coasts will be exposed by 2050, the report said. Rising temperatures and rainfall are increasing the spread of diseases in people, such as dengue fever, and in crops, livestock and wildlife.

Even if the world keeps heating below 1.6C by 2100 – and we are already at 1.1C – then 8% of today’s farmland will become climatically unsuitable, just after the global population has peaked above 9 billion. Severe stunting could affect 1 million children in Africa alone. If global heating continues and little adaptation is put in place, 183 million more people are projected to go hungry by 2050.

The ability to produce food relies on the water, soils and pollination provided by a healthy natural world, and the report said protection of wild places and wildlife is fundamental to coping with the climate crisis. But animals and plants are being exposed to climatic conditions not experienced for tens of thousands of years. Half of the studied species have already been forced to move and many face extinction.

Maintaining the resilience of nature at a global scale depends on the conservation of 30% to 50% of Earth’s land, freshwater and oceans, the IPCC report said. Today, less than 15% of land, 21% of freshwater and 8% of oceans are protected areas, and some regions, like the Amazon, have switched from storing carbon to emitting it.

The IPCC report is also crystal clear that adapting to the climate crisis is as much a social problem as a scientific one. The best way to give effective and lasting protection from climate chaos is through action that addresses “inequities such as those based on gender, ethnicity, disability, age, location and income”.

“Targeting a climate resilient, sustainable world involves fundamental changes to how society functions, including changes to underlying values, world-views, ideologies, social structures, political and economic systems, and power relationships,” the report’s authors said in an accompanying document. “This may feel overwhelming at first, but the world is changing anyway – climate-resilient development offers us ways to drive change to improve wellbeing for all.”

The report warned that climate “losses and damages” are “strongly concentrated among the poorest vulnerable populations”, who have done least to cause the problem. That is a significant phrase, echoing the “loss and damage” for which low-income nations are demanding compensation from rich nations, and which will be a key issue at the next UN climate summit in Egypt in November.

Madeleine Diouf Sarr, the chair of the Least Developed Countries at the UN climate talks, said: “I read this report with a great deal of fear and sadness, but not surprise. It’s very clear to us that no amount of adaptation can compensate for failing to limit warming to 1.5C.”

However, the regional analysis in the IPCC report demonstrates that the climate crisis affects everyone. In North America, it warns of increasing deaths and physical and mental illness due to greater extreme weather, from storms to wildfires. In Europe, “substantive agricultural production losses are projected for most areas over the 21st century”.

Australia faces “increases in heat-related mortality and morbidity for people and wildlife”, while “destruction” lies in wait for small island settlements. In central and south America, “severe health effects due to increasing epidemics” are anticipated, particularly from diseases spread by insects and other animals. Among the most populous continents, one of Asia’s greatest risks is flooding, and Africa is haunted by hunger as climate impacts hit farmers.

The IPCC message that hope remains is measured: “Near-term actions that limit global warming to close to 1.5°C would substantially reduce projected losses and damages related to climate change in human systems and ecosystems, but cannot eliminate them all.” Some low-lying areas appear doomed already.

The report also noted that “losses and damages escalate with every increment of global warming”, meaning every action to cut emissions or adapt matters. Adaptation is heavily underfunded, the IPCC said, but investment now is far cheaper than acting later.

Among the adaptation measures the IPCC cites are restoring wetlands to protect against flooding, greening the world’s fast-growing cities to cool them, and using trees to shade crops and livestock.

The IPCC scientists said the end of the century is less than a lifetime away, with a child born today being 78 years old in 2100: “Actions taken now will have a profound effect on the quality of our children’s lives.”

The future is in the decisions we make today, said Christiana Figueres, former UN climate chief and now at the Global Optimism group: “We can prevent and protect ourselves from extreme weather, famines, health problems and more by cutting emissions and investing in adaptation strategies. The science and the solutions are clear. It’s up to us how we shape the future.”

Concern over climate crisis at highest level in 30 years in wake of IPCC report, poll finds