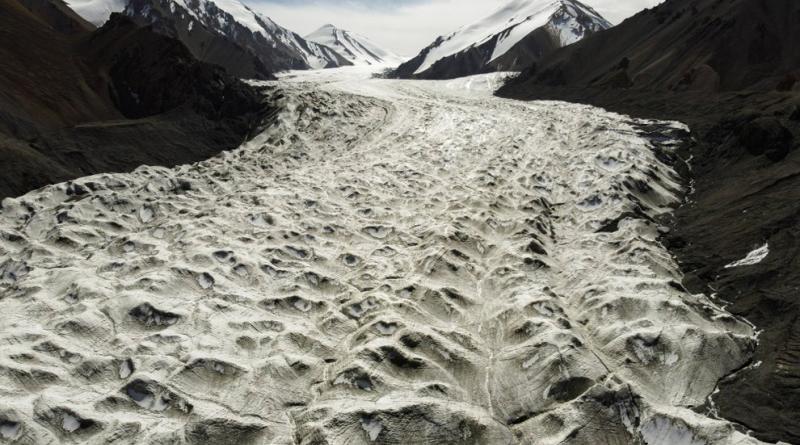 Glaciers in China’s remote Qilian Mountains are melting at a “shocking” pace due to the climate crisis, and could result in crippling water shortages, scientists have warned.

The 500-mile long mountain range forms the border between Qinghai and the Gansu provinces of northern China, and has peaks over 5,000 metres high — taller than the Alps.

But rising temperatures have meant glaciers are now in retreat, and the process is getting faster.

The largest glacier in the mountains, on the arid northeastern edge of the Tibetan plateau, has retreated about 450 metres since the 1950s, when researchers set up China’s first monitoring station to study it.

The 20-square kilometre glacier, known as Laohugou No 12, is scored by the channels made by rivulets of water which run across its craggy, grit-blown surface.

It has shrunk by about 7 per cent since measurements began, with melting accelerating in recent years, scientists have said.

It has also lost considerable thickness, with about 13 metres (42 feet) of ice disappearing as temperatures have risen, Qin Xiang, the director at the monitoring station told Reuters.

“The speed that this glacier has been shrinking is really shocking,” Dr Qin said.

The Tibetan plateau is known as the world’s “Third Pole” due to the amount of ice locked in the high-altitude wilderness. The plateau contains the largest reserve of freshwater outside the polar regions.

But, since monitoring began in the 50s, average temperatures in the area have risen about 1.5C, Dr Qin said, and with no sign of an end to warming, the outlook is grim for the 2,684 glaciers in the Qilian range.

Meanwhile, the flow of water in a stream near the terminus of the Laohugou No 12 runoff is about double what it was 60 years ago, Dr Qin said.

Further downstream, at what was once a major junction on the ancient Silk Road, water flowing from the mountains has formed a lake in the desert for the first time in 300 years, state media reported.

While temperatures have risen, other climate impacts have also changed the weather patterns in the mountains. Snowfall and rain has often been considerably less than in previous decades, so even though the melting glaciers are bringing more runoff from the mountains, farmers downstream face water shortages, which are already making themselves felt.

“In spring, we’re seeing increased flooding, and then when water is needed most for irrigation later in the summer, we’re seeing shortages.”

China Academy of Sciences expert, Shen Yongping, warned the melting in the mountains could peak within a decade, after which snow melt would sharply decrease due to the smaller, fewer glaciers, which would worsen the water crises.