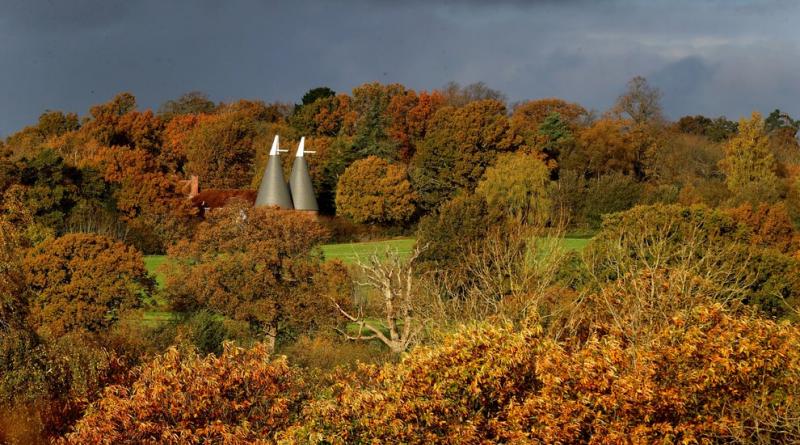 Temperatures across Europe were 1.6C above the average from 1981-2010 last month, according to data from the Copernicus Climate Change Service.

The high temperatures played a key role in preventing the Arctic Ocean from freezing over for the winter. Arctic sea ice reached its lowest level for October since satellite measurements began in 1979, the data shows.

Globally, it was the third hottest October Earth has experienced.

The six hottest Octobers have all occurred within the last six years, Dr Freja Vamborg, senior scientist at the Copernicus Climate Change Service told The Independent.

“There’s a well-documented increasing trend in temperatures. We’ve seen around 1.1C of warming in Europe. That means we’re in a situation where we’d generally expect to see warmer years and warmer months,” she said.

“If we take October for example, the six warmest Octobers in Europe have happened in the last six years. So it’s not unusual to see a new record, and that is due to the underlying trend of warming.”

Temperatures were also above average over the western US and much of southern Africa, according to the data. Other regions, including parts of South America, experienced continued heatwave conditions. 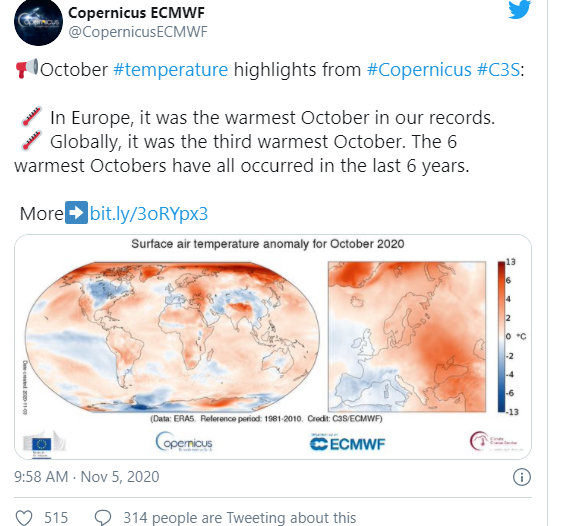 October was also the fourth month in a row with ice-free conditions along the Northern Sea Route, a shipping path running along the Russian Arctic coast to the Bering Strait, the data shows.

Every year, Arctic sea ice goes through a seasonal cycle. Its cover over the Arctic Ocean grows in area and thickness through the winter before shrinking back again in the summer, when temperatures rise.

The point at the end of summer when sea ice reaches its lowest level is called the “sea ice summer minimum”.

This year, the Arctic reached its second-lowest summer minimum on record, according to data from the National Snow and Ice Data Center (NSIDC).

However, instead of beginning to grow again ahead of the winter, Arctic sea ice levels stayed low through to the end of October.

The delay in the “refreezing” of the Arctic Ocean in October was unprecedented, said Dr  Zachary Labe, a climate scientist at Colorado State University. Posting on Twitter, he said: “The amount of open water this fall is absurd. We have to pay attention to these climate change indicators.”

September breaks global and European records for hottest ever.