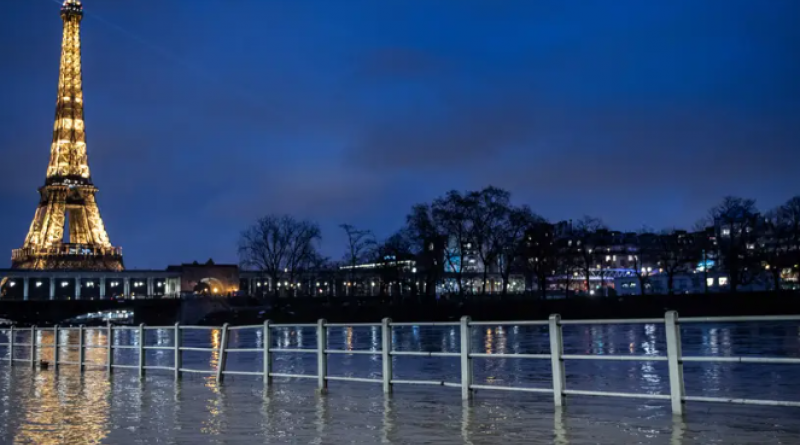 The climate crisis is altering the flow of rivers across the world, according to a first-of-its-kind assessment.

The research, which is published in the journal Science, draws on data from more than 7,000 sites across the world and analyses flow changes between 1971 and 2010.

Dr Lukas Gudmundsson, a climate scientist from ETH Zurich and the lead author, told The Independent: “Our analysis shows for the first time using direct observations that climate change is detectable in river flows at the global scale.”

The UK has seen severe river flooding in recent winters. In 2019, the River Don in Doncaster, South Yorkshire flooded after reaching record levels, causing devastation in nearby villages.

“In northern Europe – the region containing the UK – we find a tendency for increasing trends in river flow, both in the observations and in the simulations accounting for climate change,” said Dr Gudmundsson.

For the research, the scientists used daily river flow data from more 7,250 gauging stations across the world for the period 1971 to 2010. The researchers analysed this data to work out how the flow of rivers had changed in different parts of the world over this time.

To understand how these river flow changes could be linked to climate change, the researchers used climate models – mathematical tools that enable scientists to simulate possible changes to the Earth.

Using the models, the scientist carried out what is known as an “attribution” analysis.

The researchers found that only the simulations that mirrored today’s climate could recreate the river flow changes recorded from 1971 to 2010.

“We also found that direct impacts of human water and land management appear not to contribute to the global change pattern, although such factors can be locally very influential,” he added.

The climate crisis is affecting the flow of rivers in a number of different ways, including by driving changes to global rainfall patterns and by causing soils to dry out, which can affect the amount of moisture entering river systems.

Rupert Stuart-Smith, a PhD student researching climate change attribution from the University of Oxford, who was not involved in the study, said the findings provided “clear evidence that climate change has already substantially affected river flow in many regions of the world”.

He told The Independent: “The impacts of climate change around the world are growing in magnitude and this study shows that emissions of greenhouse gases are, in some regions, undermining the water resources which form the foundation of our food systems.

“Ultimately, the amplification of extremes of both low and high river flows around the world will affect communities in the form of increasingly severe floods and droughts and the study underlines the need for urgent action to eliminate greenhouse gas emissions and prevent further increases in the risk of these extreme events for many regions of the world.”

However, in a commentary accompanying the new research, Dr Julia Hall, a senior research scientist at the Meteoceanics Institute for Complex System Science in Austria, and Prof Rui Perdigao, a leader in climate impacts at the University of Lisbon, said the findings of the new study were “logical and likely”, but should be interpreted cautiously.

“Such attribution [statements] will always have some degree of uncertainty,” they write.

“Whether the retrieved drivers are the real causes or just predictors requires further investigation.”

Water Warning: The Looming Threat of the World’s Aging Dams.