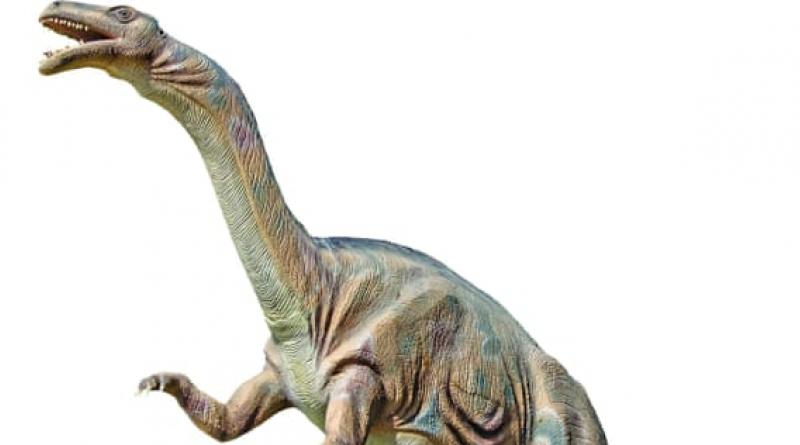 A mass extinction event sparked by a sudden shift in climate more than 200m years ago reshaped life on Earth and ushered in the age of the dinosaurs, scientists claim.

An international team reviewed geological evidence and the fossil record and found that enormous volcanic eruptions in what is now western Canada coincided with a global loss of plants and animals.

But while the crisis 233m years ago wiped out great segments of life, it set the stage for the dinosaurs to take over, and for some of the first mammals, crocodiles and turtles to extend their ranges.

“There was clearly a mass extinction that we now call the Carnian Pluvial Episode, which was a bit hidden and mystical,” said Mike Benton, a palaeontologist at Bristol University. “It brought an opportunity for the dinosaurs, which would have been the obvious things you would see, but also mammals, turtles and others.”

Jacopo Dal Corso, who worked on the project at Leeds University, said geochemical signatures from the time point to massive volcanic eruptions which pumped vast amounts of greenhouse gas into the air. These drove repeated spikes in global warming. Dal Corso traced them back to the Wrangellia province of western Canada, where Triassic eruptions ejected volcanic basalt that now forms much of the west coast of North America.

The warming climate, and the heavier rains it brought, may have helped life at first. But the conditions became extreme and were followed by an extended arid period. Lush vegetation, such as seed ferns, died off and was replaced by less bountiful conifers. The plants made for slim pickings and many herbivore species crashed, the authors found.

It is unclear why the dinosaurs thrived after the crisis, but the fossil record shows that many species spread into new territories. Another wave of herbivorous beasts, such as the 4-tonne Plateosaurus, found fresh grounds in what are now Germany, South America and southern Africa.

Some of the oldest crocodile-like creatures began to range far and wide too, with remains found in Argentina, Brazil, North America and India. Similar evidence was found for beak-headed reptiles and early turtles, according to the researchers, who had funding from the Hanse-Wissenschaftskolleg Institute for Advance Study in Germany.

The mass extinction, which adds to the “big five” recorded over the past 500m years, hit the oceans hard, wiping out an estimated third of marine life. The destruction cleared the way for modern coral reefs and groups of plankton as life on Earth reset, the authors write in Science Advances.

Steve Brusatte, a palaeontologist at the University of Edinburgh who was not involved in the review, said there was mounting evidence for “a big spate of environmental and climate changes” around 233m years ago, which preceded the appearance of dinosaurs in the fossil record. He said it was “tempting and exciting” to link the events, but that the jury was still out.

“It’s going to come down to that age old issue: did the climate change cause the dinosaur diversification, or is the timing a coincidence? Ultimately that means the timeline is going to be critical,” he said.

“We’ll see what the next few years bring. The authors have set out an ambitious agenda for testing this big, bold idea that dinosaur diversification was triggered by climate and environmental change. I think the odds are good and I hope it pans out, because what a story it would be.”

CO2 in Earth's atmosphere nearing levels of 15m years ago.