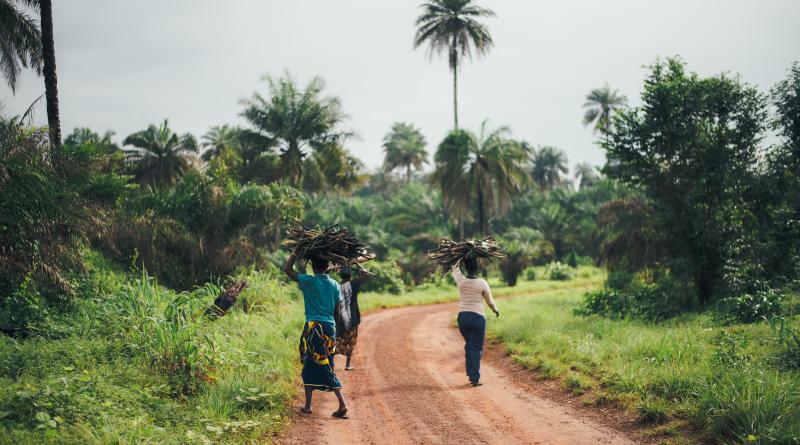 Livestock are an integral part of Africa’s social, cultural and economic existence. It’s nearly impossible to envisage the continent devoid of its iconic humped cattle grazing in the savannahs, the languid treks of camel caravans in the deserts up north, the frenzied squealing of pigs at mealtime in a rural homestead or the guttural crow of a rooster at dawn.

Livestock are so important to Africa that the Food and Agriculture Organization of the United Nations (FAO) states that the future of African livestock will influence the development of the entire continent.

But in a chilling twist, researchers now warn that vast swathes of the continent could be stripped of these delightful creatures in the next few decades due to climate-induced heat stress — a horrifying reality that could hit home as early as in 2045. Cattle have been singled-out as a particularly vulnerable group.

“Livestock are absolutely essential to the lives and livelihoods of hundreds of millions of farmers and pastoralists across the continent,” David Aronson, a specialist in awareness and advocacy at the International Livestock Research Institute (ILRI) in Nairobi told the Alliance.

“The possibility that climate change may make it impossible to keep cattle across large swathes of the continent (without prohibitively expensive adaptation measures) is hugely disturbing.”

In the first of a pair of studies, the researchers concluded that by 2050 as many as 370 million cattle globally could suffer from one or more days of extreme heat, as could some six billion chickens. The second study, which examined the potential economic costs of heat stress in the future, found that by the end of this century, livestock farmers may face financial losses between $15 and $40 billion annually. Most of that loss will affect poor, tropical countries of South America, Asia and Africa.

“Anyone familiar with the landscape in West Africa knows what a common and everyday presence cattle are,” Aronson said. “The prospect of their largely disappearing from the scene ought to ring alarm bells among policymakers worldwide.”

The researchers prescribe a raft of adaptive measures that could help mitigate looming food shortages, including crossbreeding cattle to enhance heat stress tolerance, encouraging farmers to switch from cattle to more heat-resilient species such as goats or camels, enriching cattle nutrition with feed additives, setting up low-cost shading, fanning and bathing devices where applicable and relocating the animals to more climatically suitable regions.

But many of the proposed measures are beset with challenges that render them unfeasible for the resource-poor countries staring at the problem. For Africa, this portends a monumental challenge of maintaining a sustainable supply of animal-source food for a growing population.

Heat stress is just one way that climate-variability threatens the continent’s livestock on a massive scale. Climate change is also impacting the production of feed and forage and the availability of grazing land and water, while worsening climate-sensitive diseases and disease vectors, notes ILRI.

Implications of the looming disruptions on livestock value-chains and livelihoods are dire for the continent.

Africa has an estimated 800 million livestock keepers. The livestock sector contributes between 30 to 50 percent of agricultural GDP and supports the food security and livelihoods of about one-third of Africa’s population, or about 350 million people.

“Livestock are critical to rural incomes, nutrition and food security, and resilience in smallholder mixed crop/livestock and pastoral systems in much of Africa,”  states a paper published by the African Development Bank. “In most African countries 60-80 percent of rural households keep livestock as mobile and liquid assets, income generators and for household food security and nutrition. As well, manure and animal traction make indirect and critical contributions to crop production.”

The paper added that consumption of animal-sourced food was projected to significantly increase by the middle of the century, necessitating intensified production to meet the growing demand. While the average African citizen consumed about 11 kilos of meat per year and 35 litres of milk in 2005-07, this would progressively increase in the next decades to about 26 kilos and 64 litres by 2050, respectively.

Disruptions of Africa’s livestock sector would have profound effects on the lives and livelihoods of small-scale farmers and livestock keepers, who are the backbone of the continent’s food production.

“Most food production comes largely from small, fragmented plots of land owned by smallholders, making their production a key player in the continent’s rural economy,” observes a paper that studied small-holder cattle production systems in eastern Democratic Republic of Congo.

At least 54 percent of Africa’s predominantly rural population is engaged in agriculture, observes the study, with farming being the principal livelihood activity and source of income of sub-Saharan African rural households.

As established by various studies in southern Africa, smallholder farmers are already experiencing the effects of climate change, as seen in decreased rainfall days in Tanzania and increased drought and heat in Zimbabwe. Many regions in southern Africa are affected by changes in rainfall amounts and distribution and increased heatwaves and droughts, leading to decreased rangeland productivity. Without adequate coping strategies, livestock farmers face a serious risk to production.

“It is likely that smallholder farmers that rely mainly on natural resources are particularly affected by climate extremes because of their limited technological knowledge and vulnerability to fodder shortages, resulting in feed gaps for the livestock during the year,” states a study exploring smallholder farmers’ perceptions on the seasonality of feed gaps and how it affects livestock in semi-arid and arid regions in Southern Africa.

Researchers agree that recurrent droughts in recent times have caused adversities for rural smallholder communities, resulting in losses that include livestock deaths.

Such impacts raise substantial ethical and justice-related considerations concerning the welfare of both the people who raise livestock and the animals themselves, note the authors of a study that explored the impacts of heat stress on global cattle production during the 21st century. They say that such considerations should be factored in policy decisions about how to address the challenges of climate change adaptation.

A Just Energy Transition: the roadmap to fight climate change impacts on Africa