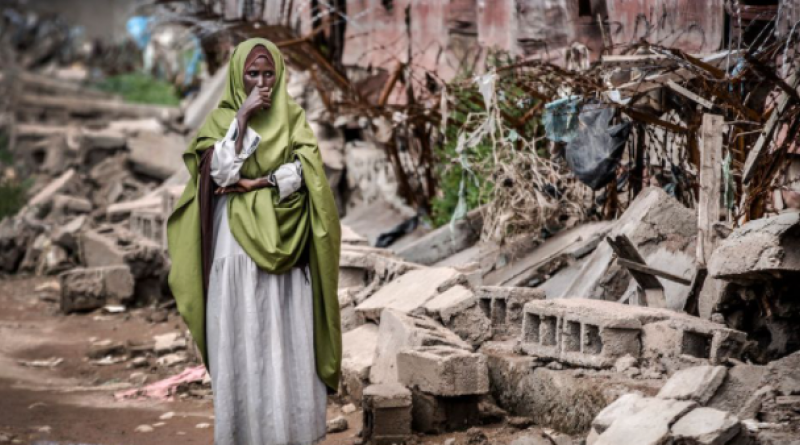 More than 100 developing countries have set out their key negotiating demands ahead of the COP26 climate meeting in Glasgow.

These include funding for poorer nations to fight and adapt to climate change and compensation for the impacts they will be subjected to.

Those backing the plan represent more than half of the world's countries.

Without progress on these points, they say that COP26 will be worthless and will end in failure.

COP26 in November is expected to be the most important meeting on climate change since the Paris agreement was drawn up in 2015 and there are huge expectations that it will deliver significant progress in the battle against rising temperatures.

But this new position paper is a warning shot from more than 100 of the world's poorer countries, which are dismayed by the lack of progress they've seen so far - particularly at the G7 meeting in the UK in June.

They've set out five key issues which they say are critical for them in the negotiations:

"Highly vulnerable countries like Somalia are already suffering disproportionally from the impacts of climate change," said Mahdi M Gulaid, deputy prime minister of Somalia, one of the countries behind the plan.

"COP 26 must be a key moment of delivery and there can be no more excuses for unfulfilled promises, particularly climate finance."

The poorer nations draw parallels with the Covid-19 pandemic. They say that a failure to deliver vaccines and debt relief after Covid, will send a signal to these countries that they will be alone when climate impacts bite harder.

"Despite Covid understandably taking the headlines, climate change has been getting worse over the past year as emissions continue to rise and the lives and livelihoods on the front line suffer," said Sonam P Wangdi of Bhutan, who will chair the Least Developed Countries Group at COP26.

"COP26 needs to be a summit where we see action not words. We have enough plans: what we need is for major economies to start delivering on their promises. Our economies are suffering in the face of increased climate impacts and budgetary strains: either we invest our way out of this mess or we face a brutal decade of loss and damage."

In the report, the countries lay out what's termed a "fair share accounting", which allocates emissions cuts based on historical responsibility and the capacity to act.

Under that scenario, the US would need to reduce emissions by 195% below 2005 levels by 2030. This could be made up of a 70% cut in domestic emissions plus $80bn a year in support for developing countries.

Developing countries need to chart their own course to net zero emissions.

Developing economies need a fairer way to help them decarbonise.