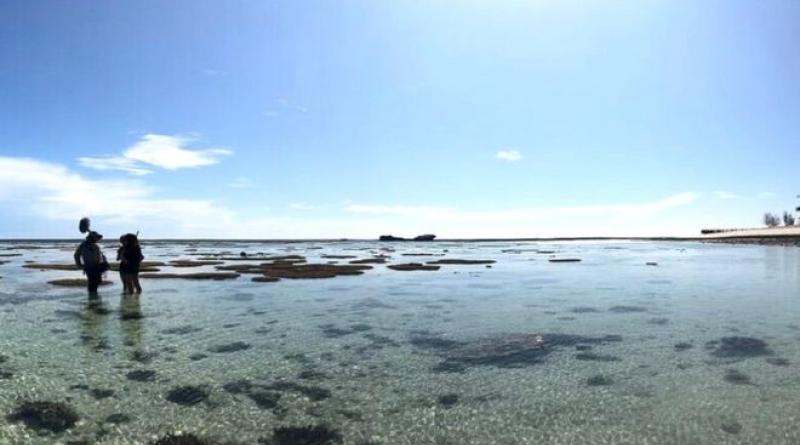 Increasingly frequent marine heatwaves can lead to the almost instant death of corals, scientists working on the Great Barrier Reef have found.

These episodes of unusually high water temperatures are - like heatwaves on land - associated with climate change.

They published their findings in the journal Current Biology.

The study revealed that corals became up to 15% weaker after an extreme heat event, causing some fragments to actually break off from the reef.

Dr Tracy Ainsworth, from the University of New South Wales in Australia, worked on the study. She told BBC News that her whole research team, made up of scientists who have worked on corals for more than a decade, was shocked to find them to be "really brittle".

More typically, temperature rises cause something called coral bleaching - when the coral expels vital algae that lives in its tissues. In those events, the coral itself remains intact. "But what we're seeing here is that - when the coral tissue dies - it falls and breaks away from the skeleton," Dr Ainsworth explained.

Commenting on the paper, Dr Laura Richardson, from the School of Ocean Sciences at Bangor University, UK, said that the really significant discovery was "the rapidity with which the reef skeleton breaks down when you have these severe heatwaves".

Dr Richardson added that the team had documented, for the first time, that severe heatwaves were causing "almost instant mortality of corals".

Dr Ainsworth said the researchers referred to the resulting, heat-damaged skeletons as "ghost corals, because there was just nothing left".

"Within about 10 days, those samples that had been exposed to the heatwave... were actually floating."

'Canary in a coal mine'

Such damage to a living coral reef affects the entire marine ecosystem, as another member of the research team, Dr Bill Leggat from the University of Newcastle in New South Wales, warned. "The scary thing is - this is a new phenomenon that's being caused by climate change. And the impacts are even more severe than we had thought," he told BBC News.

Dr Ainsworth added that this could be "the canary in the coal mine" for these ecosystems. She said the findings were a strong warning that "things are going wrong on some reefs around the world".

Commenting on the research, Dr James Guest from Newcastle University in the UK, who has been studying coral reef habitats for more than 15 years, said: "It's hard to know just how much we have to keep saying that this is a big problem before policy-makers decide to do something about it."

During the high temperature event the team studied, which occurred on the Great Barrier Reef between 2016 and 2017, there was an estimated loss of a third to half of the corals. "If you imagine losing 30-50% of the trees in England over the course of two years, it would be quite astounding." said Dr Guest.

As well as being vital habitats for marine life, coral reefs are vital to people in coastal communities, who depend on them for fishing, tourism and beach protection. The scientists say urgent action is needed to protect these vulnerable ecosystems from the impact of climate change.