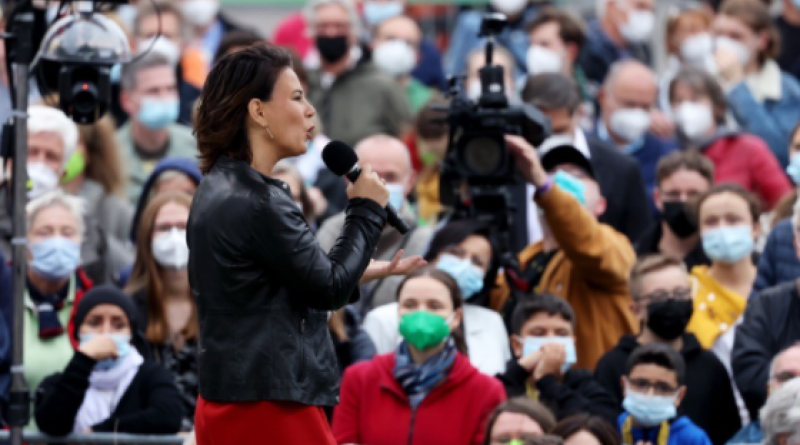 Climate and energy policies are expected to loom large in talks to determine which parties will form Germany’s next government, after a much-anticipated federal election on 26 September.

The election was the first in which Merkel did not stand since she became chancellor in 2005.

The leaders of the Social Democrats and Christian Democrats have each claimed that they have a mandate to form a government. The two parties are unlikely to continue their coalition, and a new government, whoever leads it, could include the Green Party and the liberal Free Democrats, who won 14.8% and 11.5% of votes, respectively, according to preliminary results. It could take weeks or months of discussions before a coalition is formed.

Climate change was a key issue in this election, and the new government will need to lay out a plan to achieve the country’s climate goals — a 65% reduction in greenhouse-gas emissions relative to 1990 levels by 2030, and becoming carbon neutral by 2045. “Greens and liberals have different preferences as to the mix of market-based instruments, subsidies and regulatory law to achieve carbon neutrality over the next few decades,” says Ottmar Edenhofer, director of the Potsdam Institute for Climate Impact Research.

The Greens want to revise Germany’s renewable-energy law to increase the use of low-carbon energy in the transport and industry sectors, and for heating. They also want to bring forward a planned coal phase-out by eight years, to 2030. The liberals are reluctant to tackle climate change through regulatory law or state subsidies on green technologies. Instead, they want to extend national and European emissions-trading systems to cover all sectors of the economy, including transport. Both the Social Democrats and the Christian Democrats have also pledged to step up climate action in line with the European Union’s climate goals and the Paris agreement to limit global warming to 1.5 °C above pre-industrial levels.

Basic research has made significant contributions over the past 20 years to new green technologies — from hydrogen-based steel production to energy-storage technologies — says Martin Stratmann, president of the Max Planck Society, one of Germany’s leading research organizations. But now, he says, it’s time to implement the Energiewende — the country’s transition to a low-carbon economy. It is a project of unprecedented scale that the new government must seek to unleash in all sectors, Stratmann adds. “Science will guide the process. But practical implementation is a gigantic economic, social and political task that needs a lot of support beyond scientific research and technology.”

The Greens and liberals are in a position to choose which bigger political partner they might prefer in a coalition government, Edenhofer says. Analysts expect that the Greens could claim ministerial responsibility for environment and transport — key ministries for climate policies — whereas the liberals could claim the ministry of the economy. It is too early to tell which party might get the science ministry, and what the new government could have in store for researchers.

Greens and liberals have promised to continue to increase overall German research spending by at least 3% each year. Both parties have also said they want to improve career chances for young scientists by creating more permanent academic positions and expanding tenure-track programmes at universities.

“Unfortunately, research and education, apart from debates about climate actions, were severely neglected as topics during the electoral campaigns, making it hard to judge what to expect from the different parties,” says Gisela Kopp, a behavioural biologist at the Max Planck Institute of ornithology in Radolfzell who is a member of Die Junge Akademie, Germany’s learned academy for young scientists and scholars.

“I don't expect to see strong changes in science policy,” she adds. “Many researchers hope that the new government will push important structural reforms. The working conditions in academia, where the majority of researchers are employed on fixed-term contracts, have stimulated heated debates over the last months and this topic urgently needs to be addressed by the new government.”