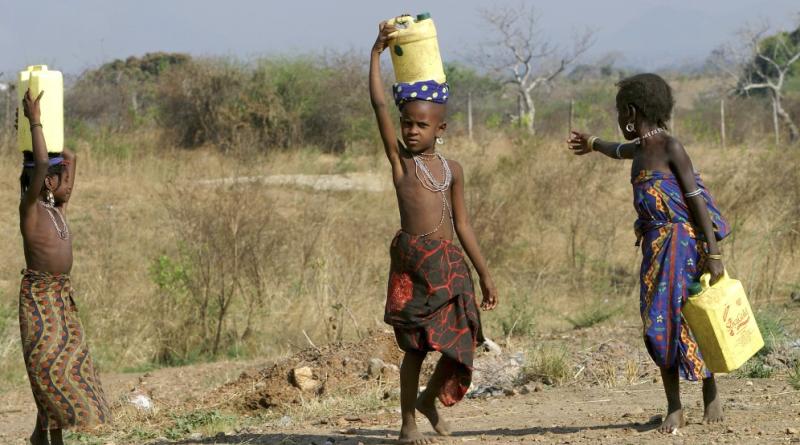 [NAIROBI] The annual death rate of children under five years old in Africa could double to about 38,000 by 2049 compared with the decade 2005–2014, without cuts to rising carbon emissions, a study estimates.

The study published in Environmental Research Letters this month (4 July) predicts that keeping temperature rise at 1.5 degrees Celsius through to 2050 as targeted by the Paris Agreement on climate change could prevent about 6,000 heat-related child deaths in Africa.

Researchers analysed under-five population data from WorldPop and the Center for International Earth Science Information Network, and national data on death rates of children under five from UNICEF for the years 1995–2020. Using different climate change scenarios, they estimated the number of child deaths through to 2050.

“African countries have to prioritise health in their climate change action plans, which is not the case at the moment.” Bernard Onyango, African Institute for Development Policy

The researchers say the increase may have undermined gains made in other areas of child health and dented global development progress. The UN’s Sustainable Development Goals seek to end preventable deaths of children under five and reduce under-five mortality to “at least as low as 25 deaths per 1,000 live births” by 2030.

“Our results suggest that if climate change is not kept to 1.5 degrees Celsius of warming, rising temperatures would make meeting the SDG target increasingly difficult,” the study says.

John Marsham, a co-author of the study and professor of atmospheric science at Leeds University in northern England, tells SciDev.Net that climate change impacts, caused by human activities and population growth, outweigh results gained from improved healthcare and sanitation measures.

“Our results highlight the urgent need for health policy to focus on heat-related child mortality, as our results show it is a serious present-day issue, which will only become more pressing as the climate warms,” Marsham says.

He adds that the estimates of future heat-related mortality include the assumption of significant population growth projected for Africa and declines in overall child mortality due to health improvements.

Bernard Onyango, director of population, environment and development for the BUILD project at the African Institute for Development Policy in Kenya, says that the evidence from this research “brings to the fore the health impacts of climate change”.

Without action to slow the rise in global temperature as a result of climate change, thousands of African children’s lives will be lost annually from heat-related deaths, he adds.

Onyango calls for urgent efforts at national, regional and global levels to avert these deaths.

“African countries have to prioritise health in their climate change action plans, which is not the case at the moment,” he tells SciDev.Net. “Policymakers need to care about the study because of cost to human health, and to come up with strategies to avert the loss of human life as a result of climate change.”

Teo Namata, acting programme manager for water, sanitation and hygiene at Amref Health Africa in Uganda, adds that the continent needs strong policies against non-climate resilience practices such as tree-cutting and bush-burning, and wetland and forest encroachments, with heavy penalties against offenders.

This piece was produced by SciDev.Net’s Sub-Saharan Africa English desk.