Chancellor urged to use upcoming Budget to stop banks from funding fossil fuels. 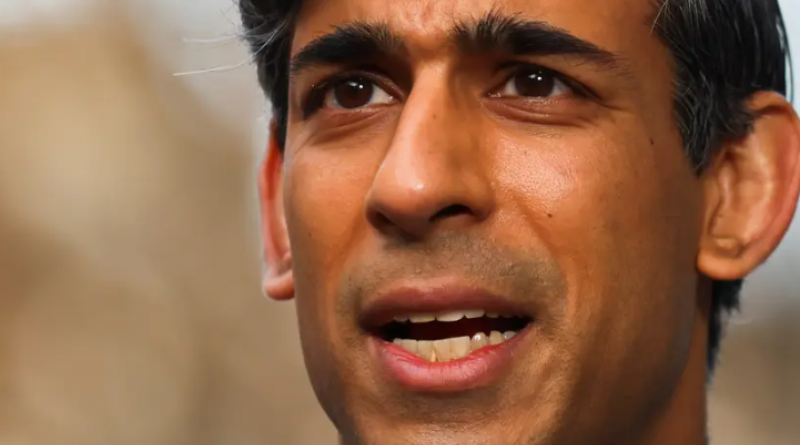 A petition signed by nearly 65,000 people calls on the Bank of England to ‘cut off the money pipeline’ for fossil fuels.

Campaigners have called on the chancellor Rishi Sunak to use the upcoming Budget to stop banks from funding the use of fossil fuels.

The call comes as a petition signed by nearly 65,000 members of the public urges the Bank of England to “cut off the money pipeline” for fossil fuel projects.

Mr Sunak is expected to make updates to the Bank of England’s mandate to include a greater focus on measures to tackle the climate crisis as part of announcements due next week.

However, campaign groups including 350.org, Positive Money and SumOfUs have said that any update should ensure that the Bank “gets its own house in order” by ending financial support for fossil fuels.

Anna Vickerstaff, from the climate campaign group 350.org, said: “British banks are the worst in Europe for funding fossil fuels, with Barclays and HSBC alone pouring more than £145bn into dirty energy projects since the UK signed the Paris Agreement in 2015.

“Banks operating in the UK are fuelling the climate crisis by financing fossil fuel projects from Argentina to Mozambique, projects that trample on indigenous rights, destroy livelihoods and irreparably damage communities.

“The Bank of England must cut the flow of finance to fossil fuels and channel funds towards rebuilding an economy that works for people, not polluters.”

The campaign groups urged the bank to stop supporting fossil fuels through programmes such as its £20bn corporate bond purchase scheme, which involves the bank buying debt issued by oil majors such as BP and Shell.

Campaigners also called on the Bank of England to do more to stop the banks it regulates from pouring money into fossil fuel projects.

Hannah Dewhirst, a campaigner at Positive Money, a group advocating for a more fair and sustainable banking system, said: “[Mr] Sunak has a huge opportunity in this Budget to make the Bank of England get its act together.

“By stopping billions flowing to dirty fossil fuels and investing in green job-creating projects instead, we can ensure Britain is leading by example ahead of the critical Cop26 climate summit in Glasgow this November.”

Jonathan Bartley, co-leader of the Green Party, said the government could show “true global leadership” by including climate action in the Bank of England’s mandate.

“If the government wants to be taken seriously as chair of Cop26 then it is vital the chancellor uses next week’s Budget to enable the Bank of England to use the power of finance to make a dramatic step change in our national climate progress,” he said.

“An end to subsidies for fossil fuels is long overdue and the UK will not be taken seriously in its talk of a green recovery unless the Bank is instructed to immediately cease the inclusion of fossil fuel companies in its asset purchase programme.”

The call comes after a cross-party group of MPs last week said that the Bank’s remit should be updated to include “climate and nature objectives”.

The Environmental Audit Committee also recommended a range of measures that the government could take to put climate action at the heart of Covid-19 economic recovery plans.

These included VAT cuts on green home upgrade schemes and new incentives to encourage faster uptake of electric cars. The MPs also said the government should “begin scoping work on a carbon tax” as part of its drive to pursue a green recovery from the pandemic.

A spokesperson for the treasury said: “The UK has some of the most ambitious climate commitments in the world and we recently announced proposals to extend the UK’s global leadership in green finance.