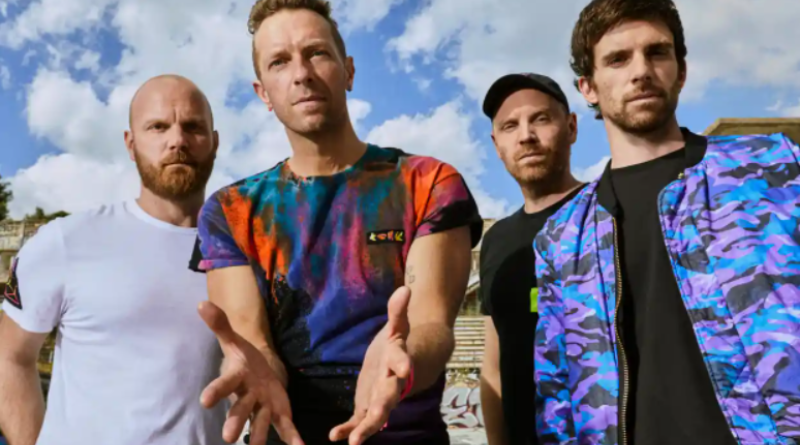 The musician and activist, who has collaborated with Michael Stipe on a new song for Earth Day, is asking questions of the music industry, and the likes of Coldplay are happy to answer.

Given that it’s an industry addicted to air travel, whose artists put on energy-intensive live shows and release albums on vinyl, the music business is rightly being scrutinised for its green credentials. But as Brian Eno argues, an increasing number of musicians and workers are also trying to improve sustainability and public understanding. “Lots of people are becoming aware that we can’t just talk about the problem – we have to do something about it in our own practice,” he says.

On Earth Day this year – 22 April – the producer, artist and activist plans to light up the internet with previously unheard music to direct attention and funds towards the climate crisis. Approximately 100 artists will release material exclusively via Bandcamp – with the platform dropping its usual 15% cut to 10% – and the proceeds being distributed among causes at the forefront of the emergency.

“I’ve just finished a piece this morning with Michael Stipe,” says Eno, revealing an exclusive collaboration with the former REM singer called Future If Future. “This will be the first time I’ve worked with him, though I did sing with him once on Saturday Night Live or something like that,” smiles the 73-year-old, in his west London recording studio. “I’m very pleased with the way it’s gone. It’s a very good song, a very Stipe song. Beautiful lyrics, extraordinary piece.”

The list of other participants is international, intergenerational and eclectic: from alt-poppers Anna Calvi and the Weather Station, to generation Z icon Declan McKenna and songwriter Murkage Dave. Coldplay – who Eno has produced two albums with – will also share music as part of it, and Eno has produced new material with Hot Chip, featuring Savages’ drummer Fay Milton.

Another contributor is London saxophonist and songwriter Laura Misch. “Music is not created in a vacuum and we need to protect the environment it springs from,” she says. “One track feels like a drop in the ocean, but I’ve come to realise that every drop counts.”

Eno, world-renowned as a founder member of Roxy Music, a pioneer of ambient music and collaborator with David Bowie and U2, has been an advocate for greater action on the climate crisis for years, including supporting the work of law firm ClientEarth alongside musicians such as Pink Floyd’s David Gilmour.

Convinced that the music community could be doing more, and frustrated that less than 3% of philanthropic funding is directed towards the climate crisis, Eno co-founded a charity called EarthPercent in 2021. Engaging all corners of the industry – from live touring to publishers – by asking them to pledge a small percentage of their income, its goal is to raise $100m (£76m) by 2030. EarthPercent diverts that money to “the most impactful climate causes”, a group of projects and charities selected by an independent “expert advisory panel”, made up of more than a dozen contributors that include IPCC author Tamsin Edwards, Prof Brian Cox and activist Tori Tsui. 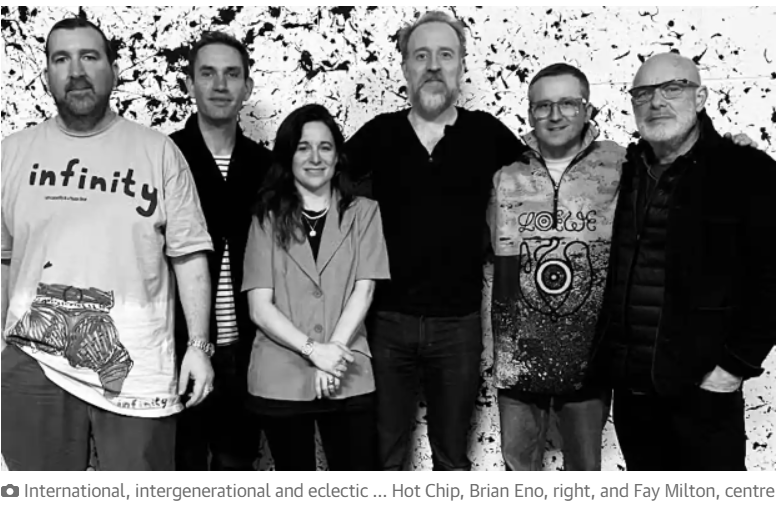 “We’ve been trying to say to people, ‘Look, if you want to find a simple way of joining the climate struggle, this might be the answer,’” says Eno. “We’re a shortcut to a lot of things that otherwise might be fairly hard to do.” For example, getting help to organisations devoted to nature stewardship, clean energy transition and climate justice.

Today his studio is quiet, but recently it’s been a buzz of activity with presentations, talks and brainstorms, as Eno has gathered creatives at his headquarters. “It’s been so nice to see the enthusiasm and intelligence that’s in the music business,” he says, “especially with new artists. You don’t have to convince them. What you have to do is say to them, ‘How would you deal with it?’ They’ve got lots of ideas.”

A portion of EarthPercent’s mission is about addressing the music industry’s own environmental impact. In particular, the carbon output of touring has come under the spotlight and in recent years some high-profile artists have taken steps to tackle the problem.

Coldplay’s Music of the Spheres world tour is structured around a series of comprehensive “sustainability initiatives” – measures such as a kinetic dancefloor that harnesses the energy of the crowd, and an app supplying travel advice to concertgoers – that seeks to cut carbon emissions by 50% compared with their last global shows. They’ll share their findings, creating a blueprint for a more sustainable model around stadium events.

“Their [contribution] is really important,” says Eno. “They’ve taken the matter very seriously and committed a lot of resources to it. They’re at the front of this in terms of saying, ‘We still want to play to people, so what do we do?’ Coldplay have been very conscientious and intelligent.”

Other grassroots organisations – such as Music Declares Emergency, A Greener Festival and Reverb – have grown in membership, with major and independent record labels joining forces to commit to climate goals in late 2021. Massive Attack and the 1975 both had “super-low carbon” gigs scheduled, albeit nixed by Covid, and metal band Bring Me the Horizon reduced emissions by 38% during their UK arena tour in September 2021 through approaches such as serving plant-based meals to crew, production trucks fuelled on HVO renewable diesel, and the introduction of more energy-efficient equipment.

Music – like other industries – relies on sustainable transition in other sectors (energy, travel, shipping). Until then, international touring continues to have an environmental impact – a criticism sometimes levelled at artists.

“We all have a footprint, we are all compromised,” said Eno last year. “The problem with the hypocrisy issue is that it turns the spotlight on you and says, ‘You’re the problem – you’ve got to solve the problem for yourself.’ As individuals, we aren’t really the problem, we’re in a system that is problematic.”

If successful, Eno plans for his Earth Day project to be an annual campaign, and hopes that EarthPercent’s work could extend into other creative sectors. “The biggest movement in human history is now in existence trying to deal with climate change,” he says. “We’re doing something as a community, and humans like that feeling. That’s the thing capitalism didn’t really understand. It turns out that what really sustains us is doing things together.”

Earth Day: Teachers from every corner of the world call for quality climate change education for all.

This Earth Day, we must stop the fossil fuel money pipeline.

Earth Day at 50: Five Ways to Honor the Legacy and Change the World.