Can Hydropower Deliver Enough Energy to Turn On the World? 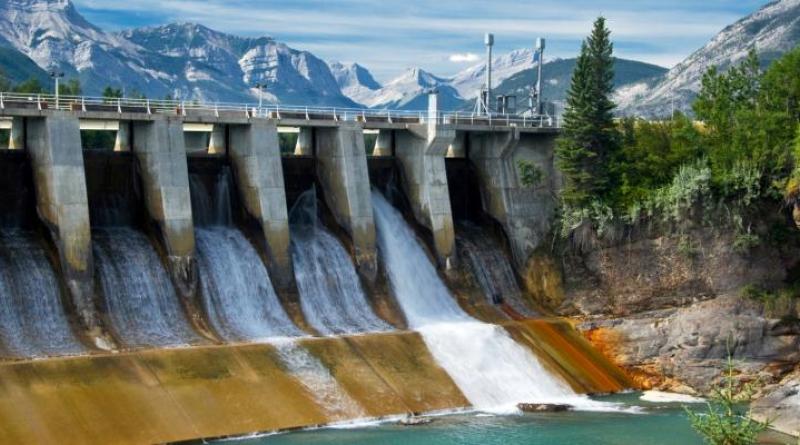 Hydropower is one of the main sources of renewable energy worldwide. Countries are installing hydropower plants at an increasing rate not only to provide power to their people, but also to reduce their reliance on fossil fuels.

Hydropower is a renewable energy source derived from flowing water. Its history can be traced as far back as ancient Greece, where 2,000 years ago waterpower was used to operate wheels for grinding grain. Today, hydropower is one of the most cost-effective means of generating electricity. For example, in Norway, 99% of the country’s electricity is generated from hydropower. The Gorges Dam in China is the world’s largest hydropower plant at 22.5 gigawatts (GW), producing 80 to 100 terawatt-hours per year—enough energy to supply between 70 to 80 million households.

And hydropower, whether on a large or small scale, can make a big difference in the race to find suitable energy sources to replace fossil fuels.

The Economics of Hydropower 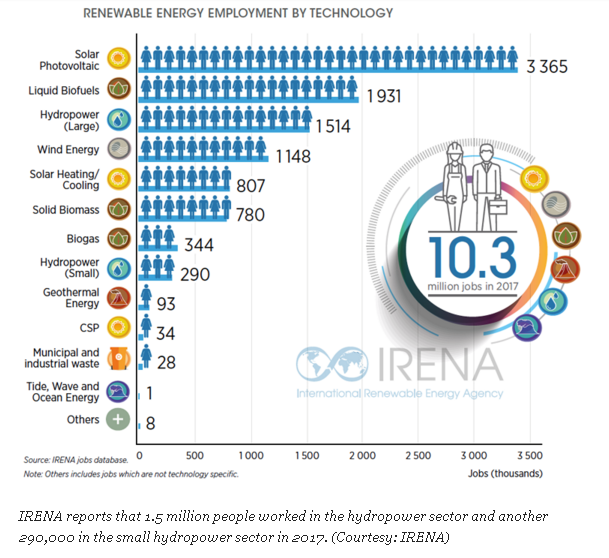 For on-grid hydropower plants, the generation of electricity exceeds 4,000K GWh. That number has been growing year after year, with more plants being developed across the globe. Asia has the largest capacity for hydropower according to IRENA’s “Renewable Capacity Statistics 2017” at 515,666 megawatts (MW). Europe is second at 215,717 MW and North America is third at 196,075 MW. 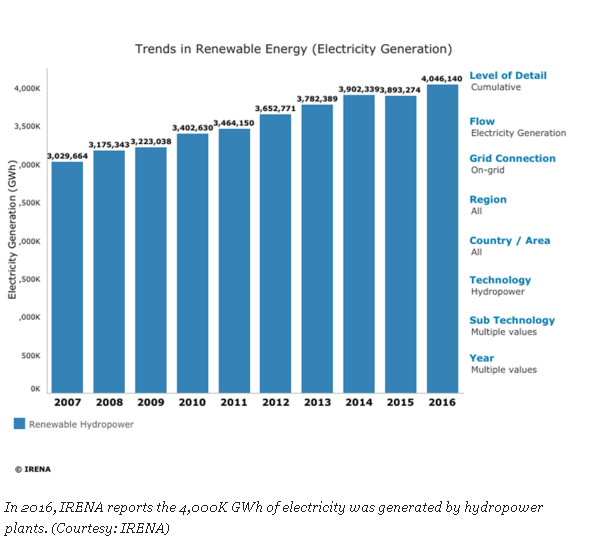 IRENA’s “Measurement and Estimation of Off-Grid Solar, Hydro, and Biogas Energy” report collected off-grid capacity and generation data for 2017. Off-grid is defined as plants that are not connected in any way to the main electricity grid of a country. In this report, hydropower dams like the Gorges Dam were not included. These are smaller sources of renewable energy that feed directly to the end-user.

According to the IRENA report, there are 38,664 hydropower plants across the world, totaling an installed capacity of 813 MW. 70% of the power is directed towards non-specified end-use, while the rest is divided among residential end-uses, agricultural use, and public or commercial use. Since 2010, 400 off-grid hydropower plants have been commissioned each year.

The job market for hydropower has also remained steady. Large hydropower employees 1.5 million people directly, a number which has been consistent since 2013. 63% work in either operation or maintenance across the large key markets of China, India, and Brazil. In small hydropower plants, 290,000 jobs were reported in 2017. 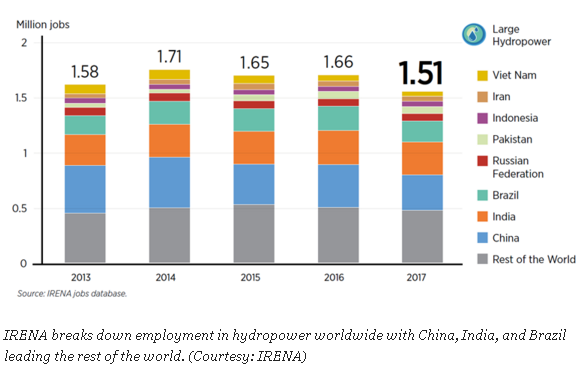 Investments into hydropower have started to rise. In 2010, the 2016 U.S. dollar investment averaged $1,171 per kilowatt (kW). As project sites started to develop in challenging areas, especially in untapped areas like Asia and South America, civil engineering, infrastructure, and logistics costs started to rise. By 2017, costs rose to $1,535 per kW. Some of the cost was offset by an increase in the weighted average project capacity factor, which decreased from 51% in 2016 to 48% in 2017.

Hydropower remains one of the strongest and most competitive renewable energy sources. The global weighted average levelized cost of electricity increased from an average of $.04 per kWh to $.05 per kWh. In comparison, offshore wind costs $.14 per kWh and geothermal cost $.07 per kWh. Only solar photovoltaic energy had a better rate at $.1 per kWh.

In the world of hydropower plants, there are two main types of hydro turbines: impulse and reaction. The factors that go into deciding which turbine is chosen are the head—the height of standing water—and the flow or volume of water at the site. Other factors like how deep turbine must be set, efficiency, and cost determine which type of turbine is selected.

Impulse turbines use the velocity of the water to move the runner and discharge to atmospheric pressure. The water stream impacts each individual bucket on the runner, and there is no suction on the down side of the turbine as water flows out of the bottom of housing once it has it the runner. Impulse turbines are generally suited for high-head and low-flow applications. They can be broken up into two categories: Pelton and cross-flow turbines.

Pelton turbines. A Pelton turbine consists of a wheel that has one or more free jets of discharging water into an aerated space, impinging on buckets of a runner. Draft tubes are not needed for impulse turbines since the runner must be placed above the maximum tailwater to permit operation at atmospheric pressure. According to Renewables.co, Pelton turbines are used for high heads of 25 meters or greater, and low flows of 0.01 m3/s – 0.5 m3/s.

Cross-flow turbines. A cross-flow turbine is drum-shaped with an elongated rectangular-section nozzle directed against curved vanes on a cylindrical shaped runner. It allows flow through the blades twice. The first pass is when water enters from the outside to the inside, and the second pass is from the inside to exit. A guide vane at the entrance directs the flow to a specific limited portion of the runner. The main application of cross-flow turbines is when you have a larger water flow and lower head requirements than the Pelton. Renewables.co lists that for cross-flow turbines, the head should be low to medium from 2 to 40 meters, with low to medium flows of 0.1 to 5 m3/s.

Reaction turbines draw power by combining pressure and moving water. The runner is placed in the water stream, allowing it to flow over the blades rather than striking each individually. Reaction turbines are typically used in lower head and higher flow conditions. They can be categorized as follows: propeller, Francis, and Kinetic.

Propeller. A propeller turbine generally has a runner with three to six blades. Water makes contact with each blade constantly. The pitch of the blade may be fixed or adjustable. The turbine’s other components are a scroll case, wicket gates, and a draft tube. There are several types of propeller turbines.

Francis. A Francis turbine has a runner with fixed vanes of nine or more. Water enters the turbine just above the runner and all around it and then falls through, causing the turbine to rotate. They no longer commonly used except in very large storage hydropower systems. For older turbines, Renewables.co lists low to medium heads of 1.5 to 20 meters and medium flow rate of 0.5 to 4 m3/s.

Kinetic. Free-flow turbines or kinetic turbines generate electricity from kinetic energy which is present in flowing water. This is different from other turbines that capitalize on the potential energy from the head. Kinetic turbines are found in rivers, man-made channels, tidal waters, or ocean currents. They do not the diversion of water through man-made channels, riverbeds, or pipes, but rather are located in such conduits. They also can be installed in existing structures such as bridges, tailraces, and channels.

Several different agencies around the world are increasing their hydropower projects. In New Delhi, India, only hydropower projects up to a 25 MW capacity were considered renewable energy projects and were eligible for various incentives such as financial assistance and lines of credit. To boost hydropower generation, the Indian government expanded those benefits to projects above the 25 MW limit. This decision has added hydro capacities of about 45 GW to already 74 GW existing renewable energy sector of solar, wind, and small hydropower. India is aiming to reach 175 GW of renewable energy by 2022. The country is currently on track to reach 225 GW by 2022.

In Maine, the Main Land Use Planning commission held public hearings on hydropower company’s proposal to rebuild the Middle Dam. Brookfield White Pine Hydro proposed to rebuild and upgrade the dam which was constructed in the 1850s on Richardson Lake in Western Maine. The dam does not currently meet Federal Energy Regulatory Commission requirements, and rebuild efforts will take up to five years.

According to Hydroworld.com, the growth of hydropower in Latin America will peak in the next decade. BNAmericas reported that average annual hydropower output growth in South and Central America will be almost 18 TWh between 2017 to 2030. BP Energy Outlook reports that only China will experience a faster energy generation growth from hydroelectric dams at 21.9 TWh annually. By 2030 the figure will drop to 7.3 TWh, but overall global hydropower output is projected to reach 1.3% by 2040.

Hydropower will continue to grow and drive the renewable energy sector. In comparison to other renewable energy sources, which are still developing their technologies to be more efficient like solar photovoltaics, hydropower technology is already fully developed and ready to deploy. Governments and organizations simply need to invest more into the allocation and installation of hydropower plants to power the world via water.