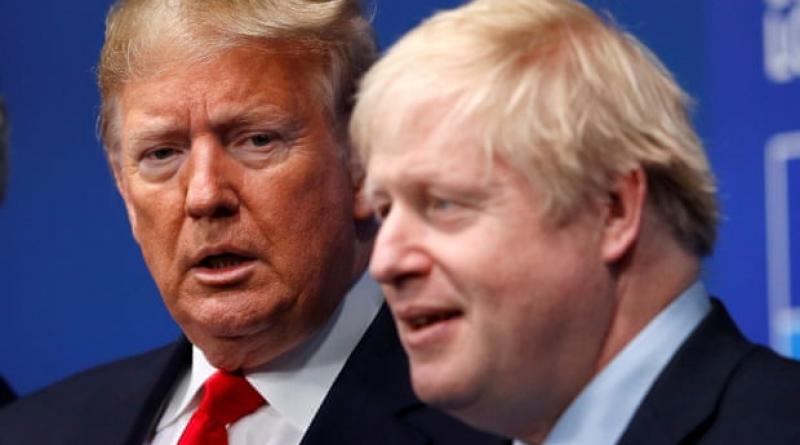 Chlorinated chicken is just the start. The government intends to rip up food standards, public services and public protections

The Conservative manifesto made a clear promise. It pledged that in the government’s trade talks, “we will not compromise on our high environmental protection, animal welfare and food standards”. Just six months after the election, the promise has been ditched. Our government is now proposing that chlorine-washed chicken, beef treated with growth hormones, pork from animals injected with a drug that makes their meat leaner, called ractopamine, and scores of other foods produced in the United States by dangerous, cruel and disgusting means will be allowed into this country, as long as higher trade taxes (tariffs) are applied to them.

The trade secretary, Liz Truss, has made it clear that any such tariffs would be removed within 10 years. It’s impossible to see the American trade negotiators allowing them to pass in the first place. The US intends to secure “comprehensive” access to our food markets, while “reducing or eliminating tariffs”. This nonsense about higher tariffs is a blatant attempt to soften us up, to sugar the toxic pill of US imports that don’t meet our standards. When I say sugar, I mean high-fructose corn syrup.

It’s not as if our standards are wonderful. But by comparison to the revolting practices in the US, our food rules, laid down by the European Union, are a haven of sanity. As well as washing chicken flesh with chlorine to compensate for the filthy conditions in which it is raised and processed, and injecting dangerous substances into cattle and pigs, Big Farmer and Big Food in the US use 72 pesticides that are banned in the UK and food colourings that have been linked to hyperactivity in children, impose no limits on the amount of sugar in baby food and permit cow’s milk to contain twice the amount of pus that the UK allows.

What this all means is that we will bring into this country food whose production is banned here. Either our farmers and food processors will be outcompeted, or our domestic production standards will be brought down to match. Some Conservative MPs attempted to insert an amendment into the agriculture bill last month to uphold the manifesto promise. But it was decisively slapped down by government loyalists. The bill returns to the House of Commons on Wednesday.

The US government argues that these matters should be left to consumers. We should each be allowed to decide whether we buy cheap vegetables containing residues of pesticides that are banned here. But I suspect that, rather than having to read and interpret the labels on everything we buy from shops, takeaways and restaurants, most of us would prefer to know that all the food on sale is safe to eat. Anyway, just in case we did try to exercise such choice, the US also insists that all useful labelling be banned. Perversely, it has argued that warning labels are “harmful” to public health.

This doesn’t end with food. In the same section of their manifesto, the Conservatives promised that “in our trade talks … the NHS is not on the table. The price the NHS pays for drugs is not on the table. The services the NHS provides are not on the table.” The leaked dossier of trade documents released by the Labour party last year revealed that the US was seeking “full market access” to the NHS. If the promised food and farming standards were a lie, how long will it be before we discover that the NHS pledge was also worthless?

I suspect this has been the agenda all along. The neoliberal extremists who populate the front benches have long sought to rip down our public protections, rip down our public services, rip down everything that stands in the way of the most vicious form of capitalism. A trade deal with the US allows them to do so while disclaiming responsibility for the consequences. Once they have signed it, they can claim that, sadly, their hands are tied. They could say that unfortunately, the rules don’t allow us to maintain food standards and force us to open the NHS to competition. Perhaps mistakes were made during the negotiations but it’s a done deal now, enforced by legal instruments, and there’s nothing we can do. They know they could never obtain public consent for these policies. A US trade deal would impose them without consent.

Even parliamentary consent is unnecessary. The trade bill, which has now reached the committee stage in the House of Commons, makes no provision for parliamentary scrutiny of any deal. Parliament has no legal right under this bill to debate or vote on a trade deal, or even to know what it contains. The bill also grants the government Henry VIII powers to change the law on trade agreements without parliamentary approval. The governments of Scotland, Wales and Northern Ireland are granted no formal role in negotiating or approving trade treaties. In other words, nothing is being left to chance. This is not democracy. This is elective dictatorship.

To make matters worse, the US is likely to insist that the deal is enforced by an offshore tribunal, which allows corporations to sue governments if domestic law affects their “future anticipated profits”. This mechanism has been used all over the world to punish nations for laws their parliaments have passed. It ensures that, over time, legislation everywhere has to be tailored to the demands of corporate power. Far from taking back control, a trade deal on these lines with the US involves a massive renunciation of sovereign power.

The government knows that accepting such a deal means no deal with the EU. US food rules are incompatible with EU standards. In the leaked documents, US officials remark that “there would be all to play for in a no-deal situation”. I suspect our government sees it the same way.

The pigheaded obstructionism of the UK in the current EU talks is at stark odds with its willingness to prostrate itself before US power. Dominic Cummings says he intends to stay in his post as adviser at No 10 for the next six months. In other words, he will stay for long enough to ensure that the transition period for leaving the EU is not extended, making a no-deal Brexit more likely.

Just as Donald Trump seeks to erase Barack Obama’s legacy, Boris Johnson and Cummings seek to erase Clement Attlee’s much deeper legacy. It’s not about sovereignty. It’s not about taking back control. It’s not about British values or British autonomy. It’s about locking deregulation and the demolition of public services in place, by means that cannot be challenged by either people or parliament. The combination of a no-deal Brexit and a coercive US trade agreement will allow the government to rip down a wide range of rules and protections, creating a paradise for the disaster capitalists funding the party, and hell for the rest of us. They intend to pursue this agenda regardless of the pandemic, regardless of a food standards petition that has already gained 800,000 signatures, regardless of the economic and political harm it might do. This is their game, and we must use every democratic means to stop it.

• George Monbiot is a Guardian columnist