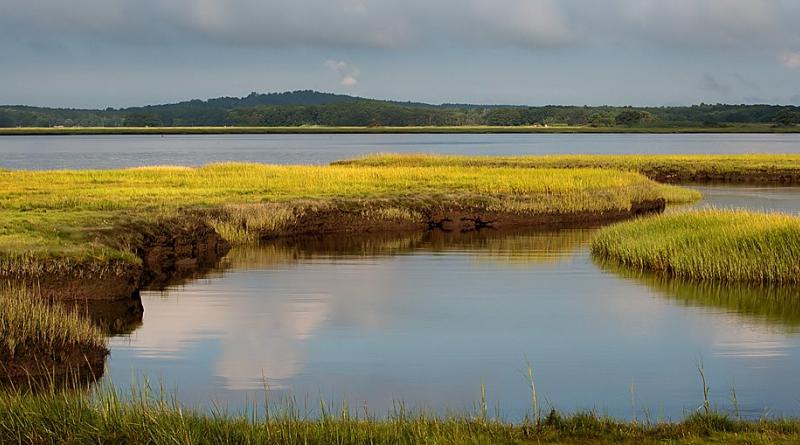 Researchers discover energy harnessed from Estuaries could potentially power up to 30,000 households.

Electricity generated from renewable resources offers many advantages compared to other energy sources. The most important of which is that it’s sustainable and causes minimal impact on the environment due to less production of waste products such as carbon dioxide.

Majority of these renewable energy sources are dependent on the weather. As an example, solar power plants need sunlight to generate energy, while windmills need a breeze.

Recently, researchers from L’Ecole Polytechnique Fédérale de Lausanne (EPFL) are working on a method that could generate electricity from an always available energy source at river estuaries known as osmotic power or blue energy.

The concept of blue energy revolved around the phenomenon that in river estuaries, the salinity gradient — which forms at this boundary of freshwater and seawater — has a significant amount of potential energy that could cover about 40% of global electricity generation.

Researchers are following a standard biological process called Osmosis: wherein molecules move from a concentrated solution to a more dilute one across a semi-permeable membrane to achieve a balance between the concentrations. This process increases the pressure on one side, which then generates energy.

In simpler terms, we can imagine a container with fresh water on one side and seawater on the other hand, and the only thing that separates them is a semi-permeable membrane which allows water molecules to pass through. Since the saltwater has a much higher salt concentration than freshwater, this difference will cause the water molecules from the freshwater to pass through the membrane and go to the side of the seawater to balance the concentration. This difference will create pressure that can be turned into electricity.

The researchers, headed by Professor Aleksandra Radenovic at the School of Engineering, discovered that the power generated by using osmosis could be doubled through the use of light. They have created a system which combines water, salt, and a membrane of three atoms thickness mimicking the conditions of the estuaries. The light was then shined on it to generate more electricity.

The research found out that the process generated twice as much power as it does if there was no light. Michael Graf, the lead author of the paper, said, “Essentially, the system could generate osmotic power day and night. The output would double during daylight hours.”

The use of light is a better representation of the conditions in the real world: where sunlight is almost always present in river estuaries. The system consists of two fluid-filled compartments with different salt concentrations separated by a molybdenum disulfide membrane. This molybdenum sulfide acts as the semi-permeable membrane where molecules pass through. In between the membrane are nanopores, which are tiny holes measuring three to ten nanometers in diameter.

An electric current is generated when a salt ion passes through the hole from the high concentration (seawater) to the low concentration (freshwater). During this process, an electron is transferred to an electrode causing the production of the current.

Several factors play a role in the system’s potential in generating electricity such as having a thin membrane to produce maximum current. The nanopore — which allows positively charged ions to pass through while pushing away most of the negatively charged ones — should also be selective to create a potential difference just like in a conventional battery.

In 2009, a Norwegian company called Statkraft opened the prototype osmotic power plant. Since the system needs a more concentrated side and a less concentrated one, the power plant should be constructed near a river estuary.

Generally, the potential to generate energy from these renewable sources should be encouraged to minimize the harmful effects on the environment.

How do we harness different renewable energy sources?

Water Becomes the New Land for Solar Plants in India.