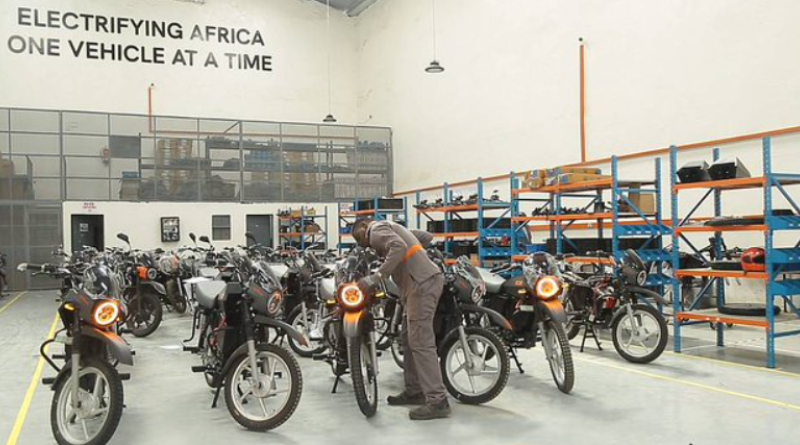 Two-wheelers are sought after in many sub-Saharan African cities. The vehicles often charge less than cars for a ride.  In Cotonou, Benin’s capital, there are more than 250,000 motorcycle taxi drivers, known as zemidjan. However, because of the difficulties these taxi drivers have in maintaining their gasoline-powered motorcycles, many are now switching to electric two-wheelers.

"The motorcycles that you see have no chain, no belt, no piston. So considering all the expenses we used to make for the other motorcycles, things are slightly different with this one", Hervé Houton, a motorcycle taxi driver explains.

M auto is based in Togo and Benin. The company wants to revolutionize the urban transport sector with its electric vehicles. Especially in a context where Africa is grappling with the effects of the climate crisis, even though the continent is not one of the main polluters.

joining the electric revolution is therefore a way of contributing to climate action. The representative of the majority shareholder of the company M auto strongly believes it: "Everyone talks about green transition. We wanted to provide a solution that would be economical and yet also meet ecological needs", Shegun Adjadi Bakari says.

"You know, when you ride a gasoline-powered motorcycles, in terms of emission of gas it pollutes a lot. And beyond the carbon dioxide emissions there is also the emission of fine particles, Bakari argues. All of that disappears when you switch to electric motorcycles."

Beyond the environmental aspect, the startup is taking on the challenge of reducing poverty, by implementing a slightly more flexible sales strategy. The idea is to allow drivers to make more savings in the maintenance and use of its electric vehicles.

"These people spend a lot of money and by switching to electric vehicles, we propose to them to be able to save 30 to 40% more per day and thus to reduce poverty", the representative of M auto’s majority shareholder tells.

Today M auto prides itself of owning the largest fleet of electric motorcycles of the continent. The company aims to become the largest electric vehicle platform in Africa.

BENIN: The World Bank supports access to water in rural areas with $250 million