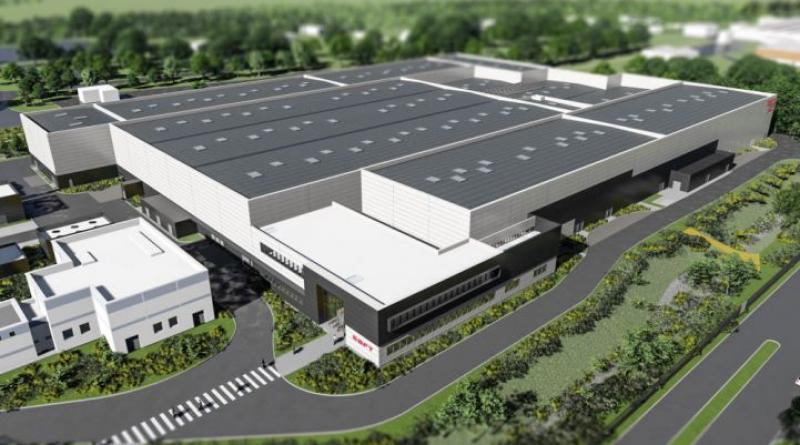 Total and Groupe PSA take the next step in their lithium-ion collaboration, formally launching the Automotive Cells Company.

Oil major Total and carmaker Groupe PSA have taken the next step in their lithium-ion battery manufacturing collaboration with the launch of a new joint venture company and the first management appointments.

The Automotive Cells Company (ACC) is the focal point for the joint effort that could see two gigafactories built in Douvrin, France and Kaiserslautern, Germany. Total and its subsidiary Saft are leading the efforts, along with the vehicle conglomerate Groupe PSA, which includes the Peugeot, Citroën and Opel brands.

The partners, defined as Groupe PSA/Opel and Total/Saft, will each own a 50 percent stake. Total/Saft's stake will drop to 33 percent once ACC reaches full commercial scale.

Yann Vincent, industrial director at Groupe PSA, has been appointed as CEO of ACC. Saft CEO Ghislain Lescuyer will act as chairman of the ACC board.

“The construction of the European battery consortium that we wished for is now a reality,” said Carlos Tavares, chairman of Groupe PSA, in a statement. The plan offers Groupe PSA a competitive advantage, Tavares added.

Total chairman Patrick Pouyanné said the move is part of the transitioning oil giant's goal “to develop as a broad energy company, a major player in the energy transition.”

Plans for the new company were first announced in January, backed with €1.3 billion ($1.53 billion) of public funding from France and Germany. The total investment for the entire project is estimated at €5 billion.

Research and development work in Bordeaux and the development of a pilot line in Nersac are ongoing. The pilot line is expected to be functional in 2021 and will create 200 skilled jobs. That timeline potentially represents a slight delay on the initial targeted start of "mid-2021," which a Saft spokesperson chalked up to COVID-19.

“The decision [whether] to build the first gigafactory will be [made] at the end of the first phase of the project," the Saft representative said in an email. "The decision will involve many aspects, including the pilot line products meeting certain performance criteria."

Energy storage manufacturing has been the recipient of political and financial backing across Europe with the dual objective of job creation and protecting the continent’s vehicle makers.

The European Investment Bank, which finances projects aligned with the EU’s policy priorities, has been a major backer. It’s provided more than €400 million to Swedish startup Northvolt and backed an LG Chem facility in Poland with another €480 million.

The EIB is also considering €51 million for a pilot line for the Slovakian startup InoBat. Volkswagen, Citroën, Kia and Jaguar Land Rover all have vehicle manufacturing plants in Slovakia.