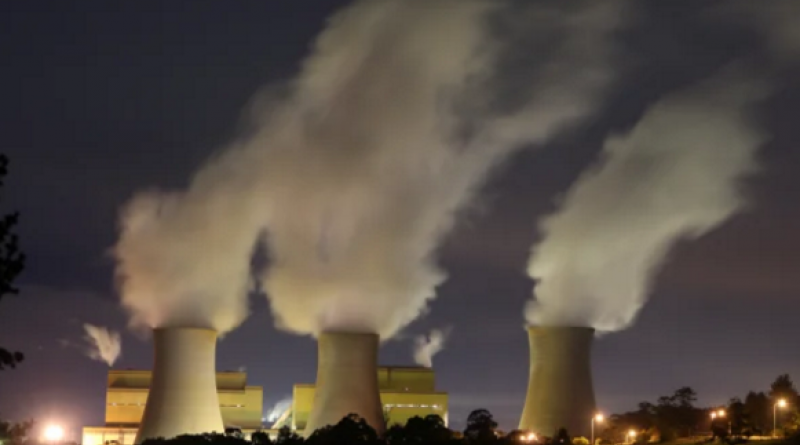 Australia's greenhouse gas emissions in 2018 rose for a fourth year in a row, an increase at odds with the country's Paris climate pledge, according to a government submission to the United Nations.

The National Inventory Report to the UN Framework Convention on Climate Change showed emissions last year were 537 million tonnes of carbon dioxide-equivalent (which include all greenhouse gases), based on preliminary figures.

The Morrison government is due to release its full figures for 2018 emissions by the end of this month. The UN report provides an indication of which way the trajectory will be pointed.

The responsibility for emissions now lie with Angus Taylor, who has had emissions added to his energy portfolio following the Coalition's election win earlier this month.

"This government has committed to a sensible and achievable emissions reduction target," Mr Taylor said. "We have a strong track record of meeting and beating our targets."

"Australia has over-achieved on our commitment under the Kyoto Protocol, something few countries have done."

About half that abatement effort, though, will come from the use of so-called carry-over credits generated by exceeding targets during the Kyoto periods.

Labor campaigned on a promise to achieve a 45 per cent reduction on 2005 levels without using Kyoto credits.

Tim Baxter, a lecturer at the University of Melbourne, said it was not surprising 2018 showed an increase in annual emissions since "there's no meaningful policy to reduce them".

He added that with fugitive emissions increasing rapidly in particular "there's no reason to think" 2019's emissions won't make it five years in a row of rising pollution.

The government's emissions figures would have shown a faster increase if not for land use, land-use change and forestry - known by the acronym LULUCF - serving as a carbon sink for the past four years.

Those estimates, though, have been disputed by some environmental groups. They point to the Queensland government data showing a rapid rise in land-clearing in recent years, while NSW has also loosened its native vegetation laws in the past two years.

Senator Sarah Hanson-Young, the Greens environment spokeswoman, said pollution was "skyrocketing under the Liberals as the climate emergency threatening our country and planet continues".

“This is a slap in the face to those who say the election means the climate wars are over," Senator Hanson-Young said. “Our environment laws need fixing so pollution monstrosities like Adani and oil drilling in the [Great Australian] Bight are assessed for their climate impact."

Meanwhile in Brisbane, Australia’s chief scientist Alan Finkel on Wednesday said the Morrison government should use vehicle emissions standards to help meet climate targets if it won’t introduce a price on carbon.

Speaking at the annual APPEA conference, Dr Finkel said he hoped the government would look at all means of achieving its Paris target, adding "an alternative to a carbon tax is regulated requirements".

"So if you think about transport, just the need to have an emissions cap on carbon dioxide per kilometre, would be a big part of an emissions reduction policy," he said.

According to the most recently released quarterly greenhouse gas figures for Australia, the fastest growing sources of pollution were so-called fugitive emissions from the energy sector - such as extraction of fossil fuels - and from processing of gas.

The electricity sector reported a 3.2 per cent year-on-year drop in emissions for the 12 months to September 2018 but remained the largest source, accounting for about a third of Australia's total.

Australia could hit 100% renewables sooner than most people think