Australia’s fires have pumped out more emissions than 100 nations combined. 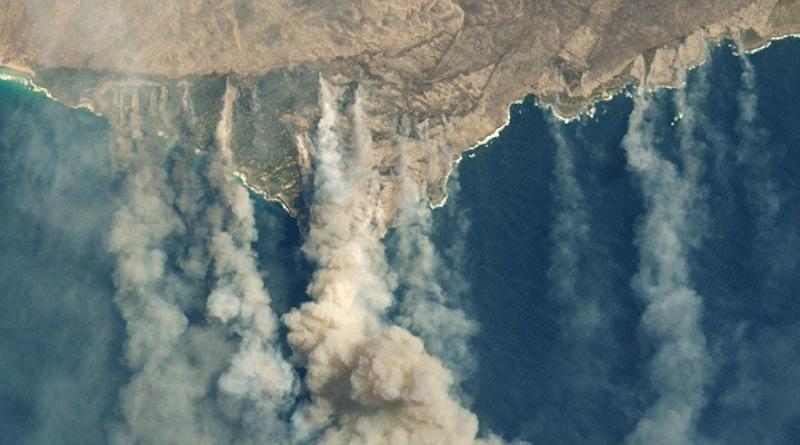 That’s more than the total combined annual emissions of the 116 lowest-emitting countries, and nine times the amount produced during California’s record-setting 2018 fire season. It also adds up to about three-quarters ofAustralia’s otherwise flattening greenhouse-gas emissions in 2019.

And yet, 400 million tons isn’t an unprecedented amount nationwide at this point of the year in Australia, where summer bush fires are common, the fire season has been growing longer, and the number of days of “very high fire danger” is increasing.

Wildfires emissions topped 600 million tons from September through early January during the brutal fire seasons of 2011 and 2012, according to the European Union’s Copernicus Atmosphere Monitoring Service.

But emissions are way beyond typical levels in New South Wales, where this year’s fires are concentrated. More than 5.2 million hectares (12.8 million acres) have burned across the southeastern state since July 1, according to a statement from the NSW Rural Fire Service.

Climate change doesn’t spark wildfires. But rising temperatures and decreasing rainfall dries out trees, plants, and soil, converting them into fuel that can amplify fires when they do break out.

A 2018 report by Australia’s national science agency and the Bureau of Meteorology concludes climate change has contributed to the nation’s worsening fire conditions, noting that average temperatures have risen more than 1 ˚C.

In turn, these huge fires are fueling climate change. As trees and plants burn, they release the carbon stored in their trunks, leaves, branches, and roots. That creates a vicious feedback loop, as the very impacts of climate change further exacerbate it, complicating our ability to get ahead of the problem.

The fires have had devastating effects on the ground in Australia:

“It’s probably fairly well known that Australia’s got the world's highest rate of extinction for mammals,” Chris Dickman, a professor of terrestrial ecology, said in an interview with National Public Radio. “It’s events like this that may well hasten the extinction process for a range of other species. So it's a very sad time.”

Climate change: Australia fires will be 'normal' in 3C world.