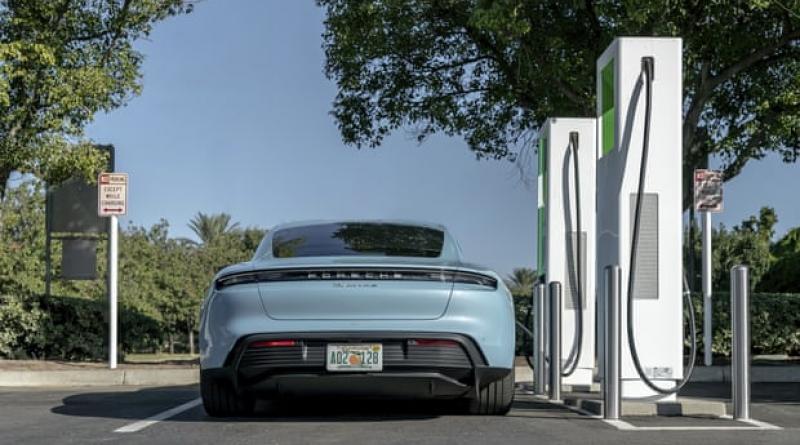 Readers respond to George Monbiot’s warning that electric vehicles are not the solution to the UK’s pollution and transport problems.

George Monbiot’s article (Electric cars won’t solve our pollution problems – Britain needs a total transport rethink, 23 September) is spot on. As a retired architect and urban designer, I was particularly taken by the last section where Monbiot states: “Fundamentally this is not a vehicle problem but an urban design problem.”

His account of the “15-minute city” being carried out by the mayor of Paris, Anne Hidalgo, is the way all big cities should go. By re-localising and bringing together all the workers and residents in each neighbourhood, with their own commons at the centre and weekly assembly meetings practising participatory democracy, big steps can be taken towards implementing the kind of circular economics, with zero waste, that the world so urgently needs.

Separating pedestrian from vehicular traffic is a basic requirement. One way this can be achieved is using main bus routes to define new communities. Within that border selected roads can be made traffic-free in such a way as allows all within the boundary to reach the central commons without encountering a single car, truck or bus.David Dobereiner(Author of The End of the Street: Sustainable Growth within Natural Limits),Newcastle upon Tyne

• George Monbiot quite correctly refers to cycling as a means of addressing the climate crisis while also improving personal health.

A key impediment is the safety factor. Data from the latest National Travel Attitudes Survey shows that “over two-thirds of the population consider the roads ‘too dangerous to cycle’”. Lessons should be learned from mainland Europe (as ever) where in Germany, for example, enforcement via the legal and cultural framework puts the safety of cycle users on the highway to the fore. Robin BevisOkehampton, Devon

• George Monbiot is right that electric vehicles will not solve congestion, improve air quality or tackle inequality in our towns and cities. That is because walking, our oldest, cheapest and greenest transport – has not received the same investment as other forms of transport.

We are, however, about to experience a step-change. The need for social distancing has led to pop-up pavements and cycle lanes, the closing of rat runs and the creation of safer streets around schools. With the government’s proposed £2bn investment in walking and cycling, possible changes to the Highway Code to put people at the top of the transport hierarchy and the prospect of a ban on pavement parking in England, we have an opportunity to achieve cleaner air, better health and friendlier neighbourhoods.Mary CreaghChief executive, Living Streets

Having tried to argue that overpopulation does not contribute to climate change (Opinion, 26 August), George Monbiot now claims that electric vehicles (EVs) are not a key component of our future transport needs.

I have no problem with localism, cycling and e-scooters, but not everyone in the community is fit enough to cycle, or strong enough to carry heavy shopping. For those based in rural locations with non-existent public transport, EVs may be the only clean option available.

It is true that small particulates will still be generated from wear and tear on tyres and brakes, but this can be minimised by regenerative braking and improved tyre production. Furthermore, it is almost certainly the case that exhaust emissions are more dangerous from a medical perspective.

If the government brings forward the phase-out date for fossil fuel vehicles to 2030, it will benefit both air quality and the environment, and it is perverse to pretend otherwise.Dr Robin Russell-JonesScientific adviser to the all-party parliamentary group on air pollution

• One point George Monbiot missed is how the electricity used to charge cars is generated. If a motorist charges his car on a Wednesday evening, almost 60% of that electricity is coming from gas and coal generation.Angus Murray