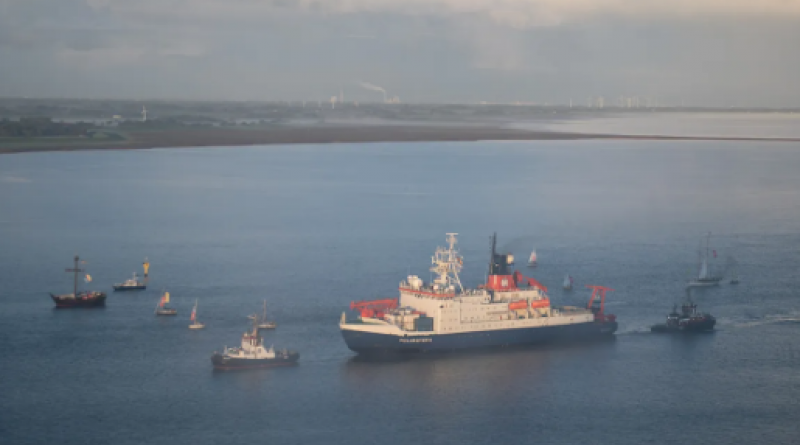 The largest Arctic research expedition in history returned to Germany Monday after 13 months in the Arctic, including several months with its ship deliberately trapped by sea ice, according to The New York Times.

The mission aboard the German Alfred Wegener Institute's Polarstern ship spent the year gathering vital information that would give scientists a window into the future of the Arctic during the climate crisis.

"We witnessed how the Arctic ocean is dying," said Markus Rex, the mission's leader, to Agence-France Presse (AFP). "We saw this process right outside our windows, or when we walked on the brittle ice."

The team aboard the Polarstern comprised more than 300 hundred scientists from 20 countries, including the U.S., Britain, France, Russia and China. According to Rex, the dramatic consequences of a warming planet were evident in an area he described as "the epicenter of climate change," as AFP reported.

"We basically achieved everything we set out to do," Rex told The Associated Press (AP) by satellite phone as the expedition left the polar circle last week. "We conducted measurements for a whole year with just a short break."

The trip to measure the ice and gauge conditions in one of the planet's harshest environments cost $177 million, according to the AP, and the mission almost had to be abandoned months early when the coronavirus was detected on the mission.

The researchers had to break away from the ice in May to get new supplies and to rotate team members in order to adhere to new coronavirus protocols, which upended the mission's carefully planned logistics.

"Who knew when we went up there that life was going to take such an astoundingly strange turn?" said Carin Ashjian, a biological oceanographer at the Woods Hole Oceanographic Institution in Massachusetts, as The New York Times reported.

And yet, the expedition was able to stay the course and complete its research.

"We're bringing back a trove of data, along with countless samples of ice cores, snow and water," said Rex, an atmospheric scientist at Germany's Alfred Wegener Institute for Polar and Ocean Research, as the AP reported.

The observations of the crew reflect a grim future for the Arctic. Rex warned that if the current warming trend the planet is on continues, then soon the Arctic will see ice-free summer. He noted that in some areas that were once covered in ice, the crew was able to sail through open water stretching out as far as the eye could see, as AFP reported.

"At the North Pole itself, we found badly eroded, melted, thin and brittle ice," said Rex, according to AFP.

While the returning crew is optimistic that the trove of samples and data they brought home will paint a clearer picture of how the Arctic is changing, the results will take years, and maybe even decades, to sift through and analyze, according to Melinda Webster, a sea ice expert at the University of Alaska, Fairbanks, as the AP reported.

"We went above and beyond the data collection we set out to do," said Webster, according to the AP. The crew returned with 150 terabytes of data and more than 1,000 ice samples.

"This is an extremely exciting time to get into Arctic science because of the changes that are happening," Webster added. "We need to get all the help we can because it's important to understand what's going on and the more people help out, the better."

The scientists hope that the data will help them understand how floods, fires, storms and heatwaves will affect the Arctic over the next century, according to AFP. Rex said he hopes the data will be "a breakthrough in understanding the Arctic and climate system."