Antarctica is Earth's one virus-free continent: science fights to keep it that way. 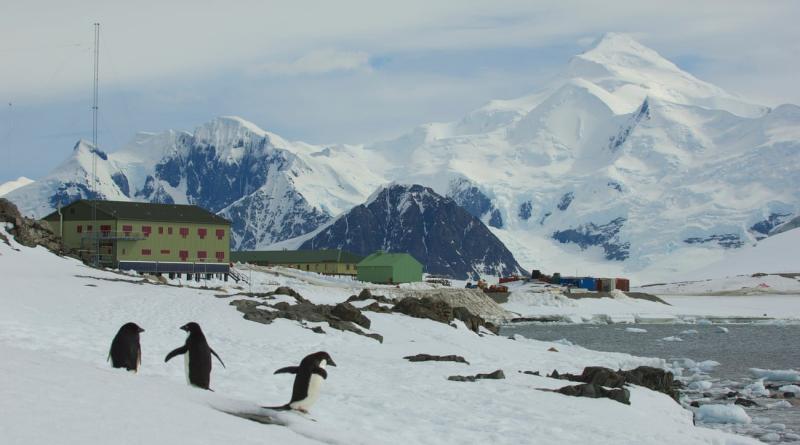 This week, 40 men and women will emerge from quarantine and board the Royal Research Ship James Clark Ross as it prepares to sail from Harwich in Essex to the South Atlantic. Their mission is straightforward. They will attempt to salvage scientific operations in Antarctica while also keeping it Covid-free.

The continent is the only place on Earth that is still untouched by the pandemic – though keeping the virus at bay there has come at a cost. All major research projects in the Antarctic have been halted. As a result, no senior British scientist will have embarked on a mission to the continent this year for the first time in decades.

Nor is Britain alone in interrupting research in a region viewed as vital for studying climate change and biodiversity loss. Most other nations that send scientists there are also putting their research on hold because of the pandemic.

“The problem is that we simply do not have the logistical support to get scientists to the Antarctic while ensuring that we can keep them Covid-free,” said Jane Francis, director of the British Antarctic Survey (BAS). “However, we are going to maintain all our data monitoring so there will be no gaps in our long-term collection of weather data, ice-sheet information and wildlife statistics. That is going to be a vitally important undertaking.”

And it will be up to the men and women who will set sail from Harwich on 5 November to ensure that these minimum scientific operations are maintained in Antarctica and crucial data collection is carried out. In addition, equipment will be serviced and made ready for the re-starting of research missions next year or later.

The James Clark Ross will be carrying technicians, divers, field guides and other service personnel so that they can collect data, maintain and run instruments and gather biological samples in the months ahead.

Ensuring they arrive free of coronavirus has required extraordinary efforts by the BAS. “Our key principal is to stop Covid getting to Antarctica,” said the survey’s head of polar operations, John Eager.

“To do that, we have picked only very fit and healthy staff who have no Covid risk factors. Then we have quarantined them for 14 days. And on top of that, we have made sure the ship will not enter any port en route so there is no further risk of picking up the virus. It will sail directly to our research stations around Antarctica.”

These efforts have been undertaken not because there is any symbolic importance in keeping Antarctica free of coronavirus, added Francis. “We are being very, very careful about keeping the continent virus-free simply because if anybody were to become really sick in Antarctica, it would be very difficult to treat them.”

It will take the James Clark Ross about eight weeks to reach the British Antarctic Survey’s main station at Rothera – via its other research centres at Signy Island in the South Orkneys, and at Bird Island and King Edward Point, both in South Georgia. Summer will be starting by then. Indeed, at Rothera, sea ice has already begun to melt as the weather warms.

“Wildlife has started to return to the station, with elephant seals and Adélie penguins already making appearances,” Robert Taylor, a field guide based at Rothera, told the Observer last week. “Normally, scientists would be flying in now and we would be preparing to take them out on the projects they would have planned. But those have all been postponed. It has become very quiet here.”

The decision to cut back on Antarctic operations is a blow for many areas of research, in particular climate science. The most dramatic changes inflicted by global heating are occurring at the poles. In Antarctica, warming waters are eating at many of the great ice shelves that extend from the land over the ocean and melting them, a development that threatens to trigger significant rises in sea levels round the planet in coming years.

“We desperately need to carry out full research programmes in Antarctica,” said Francis. “It has so much to tell us, and hopefully we will be able to pick up where we left off in a year’s time and return with large numbers of scientists. Then we can resume all the projects that we have had to postpone. Obviously that cannot be guaranteed, and we may have to postpone things for another year. We will just have to wait and see what happens.”

The James Clark Ross is scheduled to return to Britain in March, bringing home those who have spent the past 12 months on the continent. They will be coming back to a nation that has changed dramatically in that time, raising serious concerns for their future.

“Most of us left jobs to come to Antarctica – with the assumption that when we got back things would be fairly similar to when we left. It’s clear that this will not be the case,” said Taylor. “In one way, we have been fortunate because we are currently at no risk of Covid and can interact with one another in the pre-Covid fashion.”

That will change when Rothera and other station staff get back to the UK, Taylor acknowledged. “Normally, going home would mean regaining every freedom we sacrificed to come south, but this time it means swapping the natural restrictions of Antarctica for the ‘new normal’: social distancing, masks, adjusting our travel and behaviour. For good measure, there will be the added challenge of trying to see friends and family again and, of course, of finding work.”

Science on the edge

The British Antarctic Survey has five main research centres on and around the continent.

Rothera is the BAS’s main research station. It has a small airport and is situated on Adelaide Island, west of the Antarctic Peninsula. Staff include engineers, electricians, a dive officer, a chef and a doctor.

Bird Island, South Georgia, is a centre for research into bird and seal biology. Lying off the north-west tip of South Georgia, it is considered to be one of the richest wildlife sites in the world.

King Edward Point, also on South Georgia, is a marine research station that plays a key role in monitoring the South Atlantic’s fisheries.

Signy Island, South Orkney, has a research station where studies of the Antarctic ecosystem are carried out. Gentoo, Adélie and chinstrap penguins breed there as do southern giant petrels, brown skuas and Antarctic tern.

Halley research station is currently only occupied in summer. The rest of the year it is run remotely. It is a key centre for observing climate change. Measurements taken here led to the discovery in 1985 of a massive hole in the Earth’s ozone layer. There is also a major colony of emperor penguins near the base.

Tip of the iceberg': is our destruction of nature responsible for Covid-19?