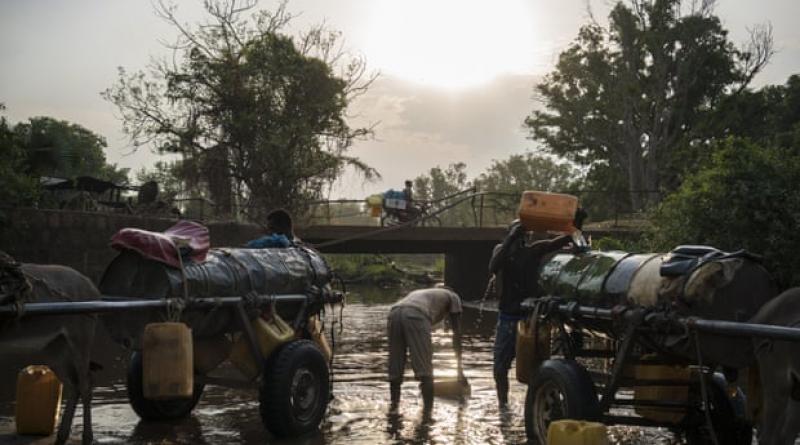 People in some of the world’s poorest countries are receiving as little as $1 each a year to help them cope with the impacts of the climate crisis, despite rich countries’ promises to provide assistance.

Climate finance is intended to help developing countries cut greenhouse gases and protect their people from the consequences of climate breakdown, and forms a core part of the Paris agreement. Rich countries pledged more than 10 years ago to provide $100bn (£77m) a year to the poor by 2020, but it is not certain that these commitments are being met.

Last week the UK unveiled its strategy for providing climate finance as part of its presidency of Cop26, this year’s vital UN climate summit being held in November in Glasgow. However, no new funding was announced and no data has yet been produced showing whether the pledges of $100bn are likely to be met this year.

A new analysis of climate finance by the charity WaterAid suggested that existing climate finance is not reaching the poorest and most vulnerable, who are likely to be worst affected by the climate crisis. The charity’s report found that half of all countries receive less than $5 per person per year in climate finance.

Yemen received about $1.17 for each of its people per year on average between 2010 and 2017, WaterAid’s analysis found, despite the country being ranked at 29th in the world’s most vulnerable to the impacts of climate breakdown.

“Billions of people around the world are already living with the impact of the climate crisis, whether through flooding in the UK, bushfires in the US and Australia, or sea level rises in coastal areas,” said Tim Wainwright, chief executive of WaterAid. “But most of the suffering brought about by climate change does not make the headlines. It is poor and vulnerable communities, who have done virtually nothing to create this situation, finding it harder and harder each year to find enough clean water to live.”

Although water is at the heart of the climate crisis – because some of the biggest impacts will be felt in the form of droughts and floods – spending on water issues takes a low priority in climate finance. WaterAid found that only a fraction of the money spent on climate finance goes on efforts to improve access to water or sanitation.

Chad receives only $0.19 per person per year for water and sanitation and Ethiopia $0.39 per person.

“No one can survive without clean water and no one can thrive if they have to struggle to find it,” said Wainwright. “We can expect more extreme weather events, more uncertainty and more people forced to live without safe water.”

The report found about $30bn a year was disbursed by rich governments to the developing world to fund measures to adapt to the impacts of climate breakdown. Funding for measures to cut greenhouse gas emissions – for instance through renewable energy – is more likely to attract private sector funding.

The poorest and most vulnerable countries also have some of the lowest levels of greenhouse gas levels in the world.

A Cop26 spokesperson said: “The UK’s record on international climate finance is one of the best in the world and has helped us to reach some of the poorest and most vulnerable people. To date, the UK has supported 57 million people to cope with the effects of climate change and provided 26 million improved access to clean energy where it is needed most. Last year, the prime minister announced our international climate finance contribution would double to £11.6bn between 2021 and 2025. The UK is the first major economy to make this commitment, and we are calling on other donors to follow our leadership.”

MDBs pledge to join forces to raise annual climate finance to $175 bn by 2025.