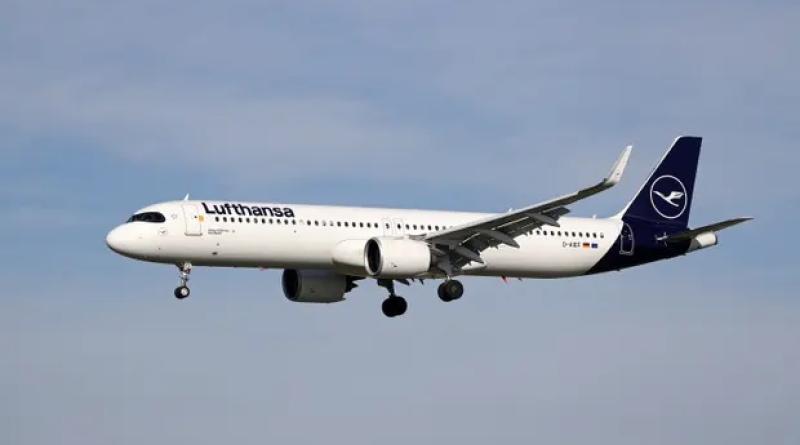 At least 100,000 “ghost flights” could be flown across Europe this winter because of EU airport slot usage rules, according to analysis by Greenpeace.

The deserted, unnecessary or unprofitable flights are intended to allow airlines to keep their takeoff and landing runway rights in major airports, but they could also generate up to 2.1 million tons of greenhouse gas emissions – or as much as 1.4 million average petrol or diesel cars emit in a year – Greenpeace says.

“The EU Commission requiring airlines to fly empty planes to meet an arbitrary quota is not only polluting, but extremely hypocritical given their climate rhetoric,” said Herwig Schuster, a spokesperson for Greenpeace’s European Mobility for All campaign.

“Transport emissions are skyrocketing,” he said. “It would be irresponsible of the EU to not take the low-hanging fruit of ending ghost flights and banning short-haul flights where there’s a reasonable train connection.”

When the Covid pandemic began, the European commission suspended a benchmark requiring airlines to maintain 80% of their flight operations to keep their slots open.

In October, Brussels upped the benchmark to 50%, and it will rise again to 64% in March.

Lufthansa CEO, Carsten Spohr, said that his airline may have to fly 18,000 “extra, unnecessary flights” to fulfil the adjusted rules, and called for the sort of “climate-friendly exemptions” used in other parts of the world.

A Lufthansa spokesperson said that between January and March 2021, just 45% of its flights were full.

The other 5%, or 18,000 flights, “we define as unnecessary”, the spokesperson added. “If we wouldn’t risk the loss of slots in certain airports in Europe, we probably would have cancelled them and put them together with other existing flights.”

Greenpeace applied Lufthansa’s proportion of ghost flights to other European airlines based on the German carrier’s 17% market share, using a conservative estimate of 20 tons of greenhouse gas emissions a flight.

Tim Johnson, director of the Aviation Environment Federation, said that the Greenpeace assumptions were “spot on”.

“It looks like an example of wastage in the industry and I think people will be surprised by the scale of it,” he said. “It hints at a real problem of airlines being forced to operate either empty or very low-occupancy flights in order to maintain their slots.”

Socialist MEPs in the European parliament have demanded answers on the problem, and Greta Thunberg, the climate strike leader, sardonically tweeted that “the EU surely is in a climate emergency mode”.

The European Commission denies that air carriers are operating ghost flights, or that its “use it or lose it” slot rules have created problems.

A commission spokesperson said: “Empty flights are bad for the economy and the environment which is exactly why we took several measures allowing companies to not have such empty flights. If airline companies decide to keep empty flights, this is a company decision, which is not the result of EU rules.”

Brussels argues that it has already cut slot requirements and that airlines can request that even those be stood down if flights are disrupted by “severe sanitary measures” such as new government travel restrictions.

The cut-price Irish airline wants Lufthansa to sell unsold tickets at cheap prices and for the commission to force it to release unused slots.

Air France says that it wants greater slot rule flexibility, but a spokesperson said that it would not give data on how many under-capacity and unnecessary flights it was currently flying.

Johnson said that it was right to focus on climate impacts when huge amounts of CO2 were being emitted unnecessarily but that there was a “wider industry battle” which pointed to the need for slot reform.

“We need something that genuinely rewards efficiency,” he said. “Some sort of efficiency metric as the basis for allocating slots that would allow an operator with a modern full plane to be preferred over rival carriers, who are operating with much lower load factors or older technologies.”

Nearly 300 flights within UK taken by government staff … every day