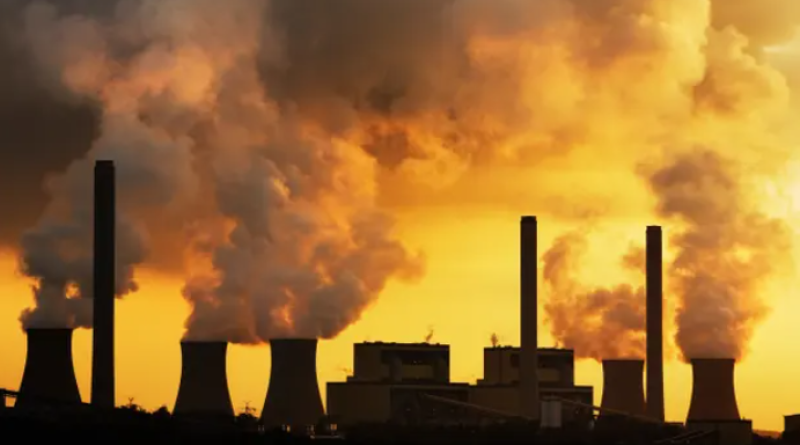 The spectacular implosion at AGL Energy, Australia’s biggest corporate greenhouse gas polluter, has been years in the making and should have ramifications across Australia’s political and business classes.

The short story is that this is what a disorderly transition to a clean economy looks like – the kind that we have long been warned will happen if governments don’t plan for the future.

AGL had planned to “demerge” itself into two separate companies, with one taking responsibility for more than 4.5 million retail customers and the other its electricity generators – notably, its three ageing coal-fired power plants, the last of which isn’t due to shut until 2045.

The retail business should have a bright future. The coal plants don’t. The idea was to separate them to boost the former by separating it from the declining value of the latter. AGL management said the split would “unlock value for shareholders”.

The demerger was due to go to a shareholder vote next month, and needed 75% support to pass. AGL management has now conceded it has no chance of reaching that, having been stymied by the software billionaire and renewable energy investor Mike Cannon-Brookes, who earlier this month took control of 11.3% of its shares.

Cannon-Brookes wants the company to stay as one, shut its coal plants by 2030 and spend up big on renewable energy and energy storage, arguing it is the best way to keep electricity prices down for consumers while turning a profit. He successfully made the case to enough major shareholders that a demerger would be, in his words, a “terrible outcome for shareholders, communities and the climate”.

AGL continues to argue that the demerger was the best way to go, and that most shareholders support it. But the chief executive, Graeme Hunt, and three board members including the chair, Peter Botten, are headed for the exit and the future of the company is in chaos.

No alternative path is offered other than a promise of another strategic review and an acknowledgment that “pressure on decarbonisation and energy affordability is accelerating”. You might say.

The company says it will also review “any new approaches from third parties” – a nod to the joint takeover bid earlier this year by Cannon-Brookes’s family company Grok Ventures and the Canadian investment giant Brookfield. AGL rejected it twice.

Cannon-Brookes is on solid footing when he argues AGL has not provided good value for shareholders. The company’s share price fell 70% over four years before a slight rebound. It dropped 1.7% on Monday.

But the turmoil at AGL can’t be divorced from the failures of the federal Coalition on energy policy – namely, its inability to introduce a policy to guide the shift to an inevitable clean power grid, and its attacks on private energy companies that tried to shut coal plants early.

Back in 2017, AGL was publicly heavied by the Turnbull government after it announced the early closure of its Liddell coal plant in New South Wales. The Coalition argued long and loud that the company should significantly delay the closure or sell it to another operator that would.

AGL’s then chief executive, Andy Vesey, persisted with his plan to replace Liddell with renewable energy and storage, but ended up leaving the company in August 2018. It was later revealed that Josh Frydenberg, then the environment and energy minister, had called AGL board members to suggest they get rid of him.

Even after Vesey’s departure, the company stuck with its Liddell plan – the closure has been slightly delayed from this year to 2023 – and a delayed government taskforce report did not back up claims an early shutdown would be a risk to power grid reliability. But there is little doubt AGL’s bruising experience with the government shaped its thinking on coal, including as it launched into the demerger plan.

The energy minister in the last parliament, Angus Taylor, continued down a similar path, criticising companies that planned to shut coal plants earlier than the officially listed closure dates.

This is not how energy policy should work. It happened as the Coalition rejected the national energy guarantee, the last in a string of policies ditched by a joint party room that was allergic to anything that might look like a climate policy.

The reality is coal plants have become increasingly unviable because of the extraordinary rise of solar power. Managing their exit, and the construction of the mix of power sources needed to replace it, is no easy task. But pressuring companies to ignore economic realities while failing to introduce policy is the opposite of a solution.

What happens from here is unclear. Electricity prices are increasing, in part because of outages at ageing coal plants on the east coast, but mostly due to coal and gas costs skyrocketing after Russia’s invasion of Ukraine. There is a case that this strengthens the argument for a more rapid shift to renewable energy.

Cannon-Brookes, as AGL’s largest shareholder, says he wants to meet with the company about its strategic review, and will argue for two seats on the board and a plan to get out of coal and further into renewables that aligns with the Paris climate agreement.

It’s early days, but the arrival of a new federal government could help his position. Labor claims its renewable energy policies won’t lead to coal plants shutting earlier than they otherwise would have, but it is more ambitious than the Coalition, and is much less likely to try to stop companies making market-based decisions.

The initial lesson for the Albanese government from this is pretty simple: don’t do what the Coalition did.

For big polluters, the message is that they will put themselves at risk if they disregard the global drive to deal with fossil fuels quickly. Now would be a good time to work with governments and regulators on a solution consistent with international agreements.

Otherwise, you never know when a Cannon-Brookes might be coming for you.