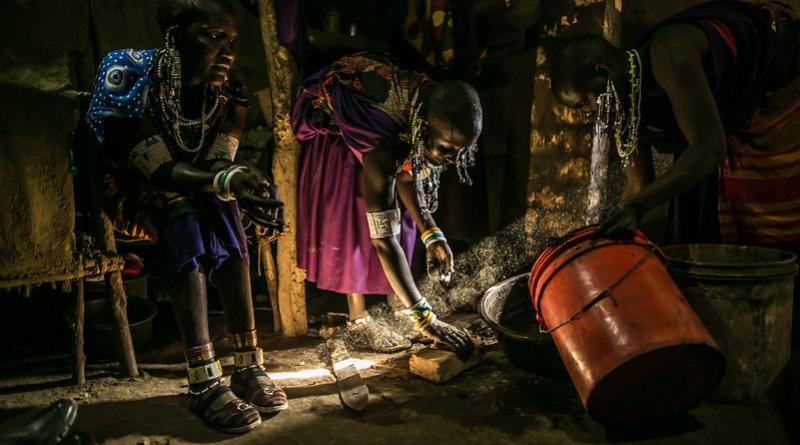 African climate negotiators have quashed a proposal by the African Union to promote gas as a bridge fuel for the continent at UN talks.

The executive council of the African Union had proposed that African nations adopt a common position at the Cop27 climate summit on Africa’s energy development.

It called on nations to “continue to deploy all forms of its abundant energy resources including renewable and non-renewable energy to address energy demand”. This would involve financing for gas, green and low-carbon hydrogen and nuclear energy to “play a crucial role in expanding modern energy access in the short to medium term”.

African Union officials presented the proposal to the African Group of Negotiators (AGN) during a three-day meeting in Addis Ababa, Ethiopia, which ended on Thursday. They hoped climate negotiators would adopt it as the group’s position at the next UN climate summit in Sharm el-Sheikh, Egypt, in November.

But climate diplomats, including representatives of the Egyptian presidency of Cop27, argued a pro-gas stance was too controversial and would distract from priorities like adaptation and climate finance, sources close to the discussion told Climate Home News.

While negotiators ultimately defer to political masters, it would now take an extraordinary intervention from African heads of state before Cop27 to force the position.

The AGN and the Cop27 presidency declined to comment on the discussions.

At least 10 African nations support gas as a “transition fuel” and the Egyptian government has been seeking oil and gas deals.

Speaking at the end of the meeting, Egypt’s lead climate negotiator Mohamed Nasr, said that the Cop27 presidency’s work on the energy transition in Africa focused on energy access.

“Africa has the highest number of people with no access to energy: 600 million Africans do not have access to energy. When we discuss energy and energy transition, in our mind, it is affordable energy for Africans. We want to work on numbers and at least reduce this number by 50% in the coming five years,” he said.

Jean-Paul Adam, director of the climate change division at the UN Economic Commission for Africa, which hosted the meeting, told Climate Home that many African countries don’t have access to renewable sources such as geothermal and hydropower that can provide baseload generation.

“The common position is not calling for a unbridled investment in gas, but it is calling for a scientific approach to accelerating energy access driven by a transition to renewables, with clarity on the mode of transition which would be country specific,” he said.

The technical paper behind the African Union proposal, dated June and seen by Climate Home, makes the case that under current investment patterns, about 570 million people in Africa will remain without access to modern energy by 2030.

To plug the gap without compromising economic development, the African Union called for openness to all sources of energy, clean and dirty. “Africa will need an ‘energy development space’ to keep pace with its ambitions for universal access,” it reads.

An accompanying figure moots investment in oil and coal in the medium term, with financing for gas, renewables, nuclear and green hydrogen into the long term.

The paper described the outcome of the Cop26 climate talks on phasing down coal power, phasing out inefficient fossil fuel subsidies and for countries to step up their 2030 climate ambition this year as “leav[ing] Africa in a disadvantaged position to use specific energy resources to accelerate access”.

African civil society disagreed. They sent climate negotiators a 25-page memo calling the proposal “irreconcilable with success at Cop27” and urging them to focus on the continent’s “massive renewable energy potential”.

Mohamed Adow, director of Power Shift Africa, said: “It would be a shameful betrayal of African people, already on the front line of the climate crisis, if African leaders use this November’s Cop27 climate summit on African soil to lock Africa into a fossil fuel based future.”

“What Africa does not need is to be shackled with expensive fossil fuel infrastructure which will be obsolete in a few years as the climate crisis worsens,” he added.

A recent briefing on the energy transition in Africa by Climate Action Tracker argues that no new investments should be made into gas exploration and production, including in Africa, if the Paris Agreement goals are to be met. Betting on development strategies that rely on gas risks infrastructure being stranded and oil and gas exploration have often been counterproductive to development objectives, it adds.

The EU is set to label some gas investments as “green” in its new taxonomy and European nations have been courting African gas producers to shore up their supplies and replace Russian imports.