Africa solar energy output on the up and up 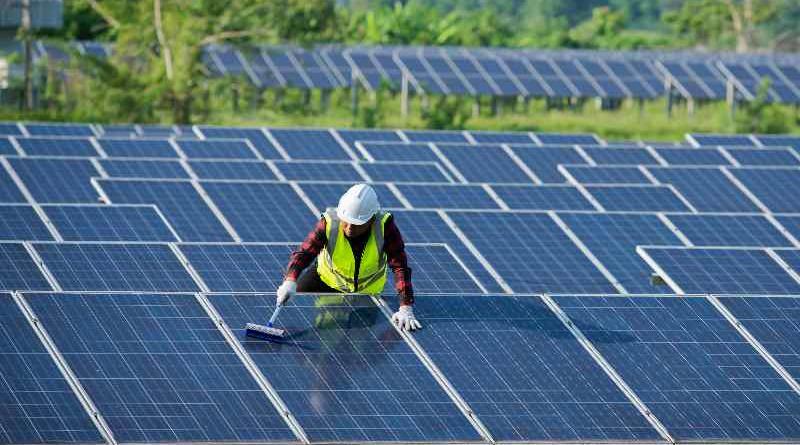 Newly released figures from the Global Solar Atlas for The World Bank shows that the future is bright for Africa’s solar energy output.

The figures, analysed by Statista, reveal the average potential of solar energy around the world and Africa is out in front. When combining the average long-term practical yield of a utility scale solar energy installation in each country, long-term output exceeding 4.5kWh/kWp per day is described as “excellent conditions for solar power”.

Africa’s 4.51 kWh/kWp/day is ahead of second-placed Central and South America’s 4.48, while North America is further behind on 4.37.

The untapped solar energy potential in Africa represents an opportunity to provide affordable, reliable and sustainable energy to its people.

The assessments “exclude areas due to physical/technical constraints, such as rugged terrain, presence of urbanised/industrial areas, forests, and areas that are too distant from the centers of human activity”, and do not consider “soft constraints, i.e., areas that might be unsuitable due to regulations imposed by national or regional authorities (such as conservation of cropland or nature conservation).”

To put the figures in context, roughly 20% of the world population lives in 70 countries which possess “excellent conditions” for solar power – meaning long-term output exceeding 4.5 kWh/kWp per day. On a world region basis, only the countries in Africa average together above this threshold.

A lot of this solar energy potential in the less developed countries of Africa is still untapped, but as the source states, represents “a unique opportunity to provide affordable, reliable, and sustainable electricity services to a large share of humanity where improved economic opportunities and quality of life are the most needed.” 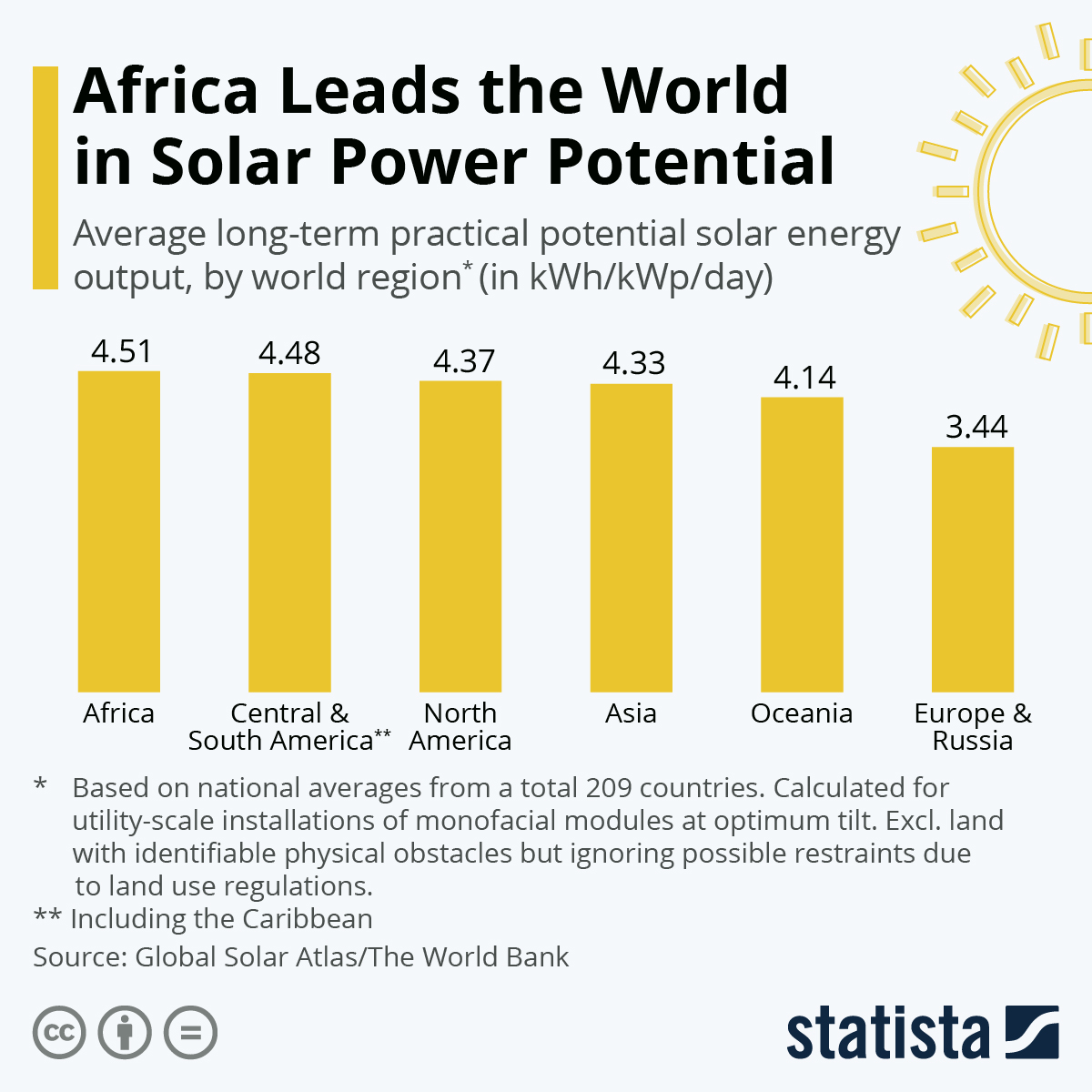 AFRICA: BGFA finances the electrification of 580,000 households via solar energy