Africa is not a monoculture, we reject the plan to make it one 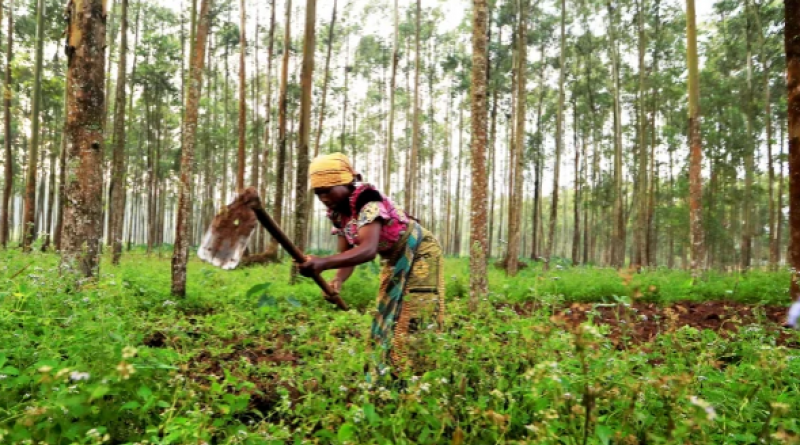 Organisers of this year’s African Green Revolution Forum claim the annual gathering that ended on September 10 provided a “single coordinated African voice” in advance of the upcoming United Nations Food Systems Summit. That voice sings the praises of capital-intensive technological innovation, with the host Alliance for a Green Revolution in Africa (AGRA) playing conductor and trying to keep donors, governments, companies and UN agencies singing the same tune.

A very different choir, featuring a diverse range of voices, sang a very different song outside the virtual halls of the Forum. The Alliance for Food Sovereignty in Africa (AFSA), representing some 200 million small-scale food producers in its continent-wide network, directly challenged AGRA’s claim to represent Africa.

We have spoken out about what we want from agriculture and life: food that is both healthful and nourishing and produced in a way that is not harmful to the environment and is culturally suitable.

In the West, everyone has a solution for Africa.

Philanthrocapitalists like Bill Gates, Western governments, aid organisations, embassies, colleges, corporations and certain members of our governments are pushing industrial agriculture on us. They are spending billions to sway governments and turn Africa into a dump site for agrochemicals, genetically modified organisms and outdated technology.

They propose a Green Revolution and point to India as an example of success. Yet the truth is that India’s Green Revolution was never the raging triumph that its proponents claimed, as ongoing farmer protests demonstrate. In India, the Green Revolution has primarily benefitted wealthy farmers, put millions of farmers into debt, degraded their environment, affected their health, and eroded their local seed production and culture. The Green Revolution there has been a colossal disaster.

The importation of this failing and destructive approach to food, agriculture and the environment into Africa must be challenged. And it has been challenged.

A wide range of African organisations has come together to demand change. In June the Alliance for Food Sovereignty in Africa (AFSA) sent letters to AGRA donors asking for evidence of AGRA’s effectiveness in raising yields, incomes and food security. We received few responses and no evidence. Faith leaders also wrote to the Gates Foundation and got neither an acknowledgement nor a response.

There is a massive push under way, using the African Union Commission (AUC) in collaboration with AGRA and international donors, to modify the laws and regulations governing our seeds. The groundwork is being laid for corporate-led agriculture to thrive. This will breed dependency, deteriorate our health and the environment, undermine our culture and subjugate us to the will of a few.

We have had enough. Our struggle against the attempts to impose on us industrial agriculture will continue because we believe agroecology is a realistic strategy for improving our nutrition, increasing production, enhancing biodiversity, raising resilience and boosting farmer income.

The West has made very little investment in agroecology in Africa because the goal is to take Africa down the path of industrial agriculture. This must end.

As our open letter to AGRA donors notes, it is urgent to change course and turn to a development model based on truly sustainable practices, equity and justice.

I recently declined an invitation to speak at AGRA’s Green Revolution Forum. This is why:

We at AFSA disagree with the Green Revolution’s approach on a basic level. The strategy has indebted our farmers, ruined our environment, harmed our health and undermined our seeds and culture.

We object to the flurry of initiatives to amend our seed laws, biosafety standards, and institutionalise fertiliser rules and regulations that seek to entrench Africa’s overreliance on corporate agriculture.

That is why the diverse constituencies represented by the Alliance for Food Sovereignty in Africa are raising their voices outside the Green Revolution Forum. Africa is not a monoculture and we do not want it to become one.

Africa does not speak with a single voice, certainly not that of the Green Revolution Forum. Its diversity of voices is as rich as the diversity of the continent’s landscapes, cultures and food traditions. Those voices want to sing, not in monotones but in harmony, with one another, with nature, and with government leaders and donors who value that diversity and support it.

The views expressed in this article are the author’s own and do not necessarily reflect Al Jazeera’s editorial stance.

How sub-Saharan Africa can rethink its approach to agriculture.