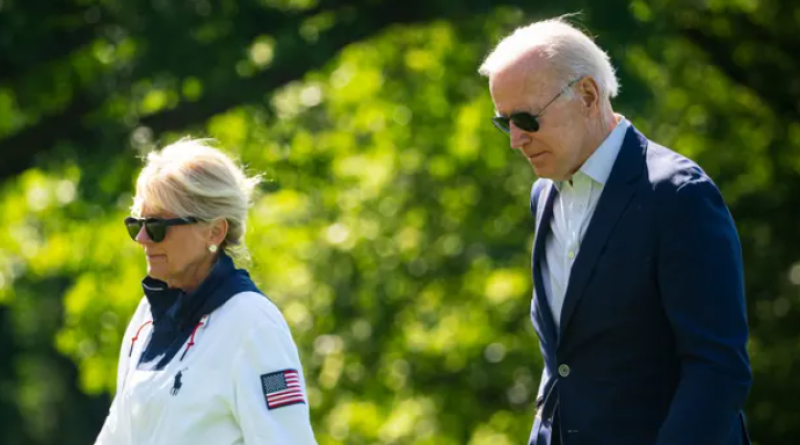 Environmental groups have welcomed Joe Biden’s invoking of national security powers to rapidly expand the production of clean energy technology as a significant advance in the effort to curb dangerous climate breakdown.

Biden has triggered the Defense Production Act, a cold war-era law used to compel businesses to ramp up production of certain materials to aid national security, to boost the output of solar panels, building insulation, transformers for power grids and heat pumps, which are used to efficiently heat and cool homes.

The US president has also provided a two-year exemption to solar panel companies from tariffs on imported parts, easing the flow of technology from China and other countries for use in the US, a country where only 2.8% of electricity comes from solar power.

The moves have been applauded by climate activists who have pressed for Biden to use the breadth of his presidential powers to act on the climate crisis. Activists have sharply criticized the president in recent months over the continuing failure to pass major climate legislation through an evenly divided Senate, as well as Biden’s calls for bolstered oil production to offset gasoline prices that have risen amid the war in Ukraine.

“We are in a climate emergency, an emergency we can only confront when our government steps up and launches a second-world-war scale mobilization to justly transition to renewable energy,” said Varshini Prakash, executive director at the youth-led Sunrise Movement. “This is a great step by the administration, and we urgently hope to see even more significant executive actions follow.”

Biden has declined to declare a climate emergency, as has been done in countries such as the UK, or to set a phase-out of fossil fuels. But his administration said use of national security powers to create a “stronger clean energy arsenal” was evidence of “bold action to build an American-made clean energy future”.

The use of the Defense Production Act will allow the US Department of Energy to invest in companies that can build renewable energy facilities and manufacture parts for technology such as solar panels. The administration expects domestic solar manufacturing will now triple by 2024, allowing more than 3.3m homes each year to switch to solar energy.

A shift to cleaner sources of electricity would also help protect against energy bill volatility and provide efficiency to households, say proponents – heat pumps, for example, can save homes $1,000 each year from space heating alone. The administration has also sought to stress the benefits of weaning the US off the supply of fossil fuels from countries such as Russia. “Reducing America’s dependence on gas and oil is critical to US national security,” said Kathleen Hicks, deputy secretary of defense.

Jean Su, director of energy justice at the Center for Biological Diversity, said Biden’s latest actions represented a “tremendous sea change” in his approach to tackling the climate crisis.

“Biden’s executive moves give critical momentum to the needed transition to solar energy,” said Su. “We hope this use of the Defense Production Act is a turning point for the president, who must use all his executive powers to confront the climate emergency head on.”

Scientists have said the world must cut planet-heating emissions in half this decade, and zero them out by 2050, to avoid even more disastrous heatwaves, floods, drought and other damaging climate impacts.

Biden, who shares this target, won’t be able to achieve it, however, though executive action alone. The US has never passed major climate change legislation and the president’s attempts to do so have been stymied by Joe Manchin, the pro-coal Democrat who has been a crucial swing vote in the Senate. It’s unclear whether any climate bill will be able to succeed ahead of November’s midterm elections, which are expected to deprive Democrats of control in Congress.