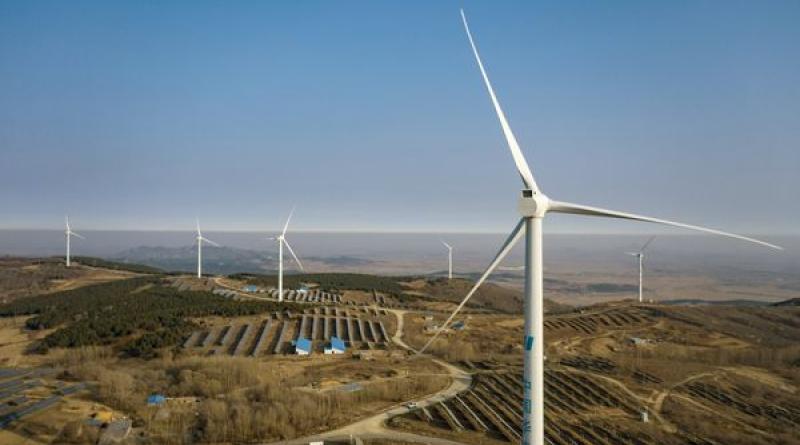 Even after Covid-19 has wreaked havoc on almost everything else, the new year begins with surging growth for renewable energy. “2020 was the year of positive surprises for the environment in a way that very few saw coming,” says Jeff McDermott, head of Nomura Greentech. “It was the breakout year in sustainability and infrastructure.”

Growth will likely continue into 2021, fueled in part by last year’s major turning points. China has now committed to reaching carbon neutrality by 2060, putting the world’s biggest market for solar and wind power on the path to ramp up installations as it begins its next five-year plan. Some analysts have started predicting that the U.S. power sector is approaching peak natural gas. That would leave room for solar-panel installations to build on the ongoing boom.

To understand what’s driving the renewable expansion—as well as what might hold it back—we’ve put together a guide to the biggest recent developments and the major forces shaping the global renewable market in 2021.

ome orders, according to Wood Mackenzie and the Solar Energy Industries Association. By the end of the year, however, the sector bounced back and the country added 19 gigawatts of total solar power, based on projections in December from Wood Mackenzie and SEIA. That would be slightly more power than existed in the entire nation of Colombia at the end of 2019, according to BloombergNEF.

U.S. solar-power installations in the first nine months of 2020 reached a record 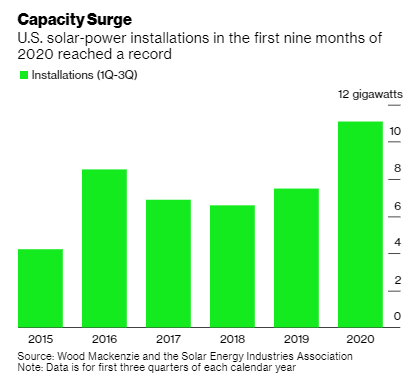 Even after the government locked down large swathes of the country early in the year, businesses still wanted solar. The country’s main solar industry group expects a record surge in business over the next five years following President Xi Jinping’s September announcement that the country will zero out carbon emissions by 2060. 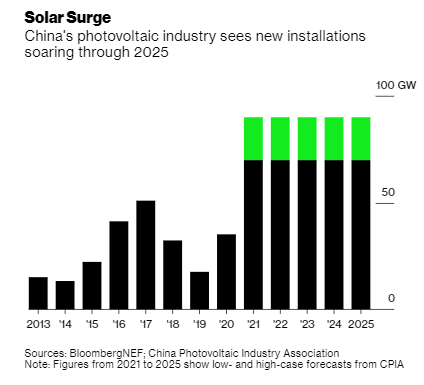 A battery boom in the U.S.

New battery-storage capacity in the U.S. more than doubled in the third quarter of 2020 from the second, according to Wood Mackenzie and the U.S. Energy Storage Association. Projects in California were a key reason for the surge. 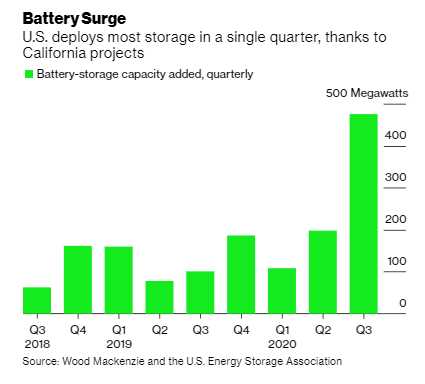 Electricity from solar farms in the country with Europe’s greatest solar potential was up over 60% in 2020 compared to 2019, generating over 15,000 gigawatt hours of power, according to data from the country's grid manager Red Electrica. While the sunny Southern European country still has about a third of the installed solar capacity as the EU’s leader Germany, Spain’s sector is set to grow at about double the Germans’ pace in the next two years, according to BloombergNEF. 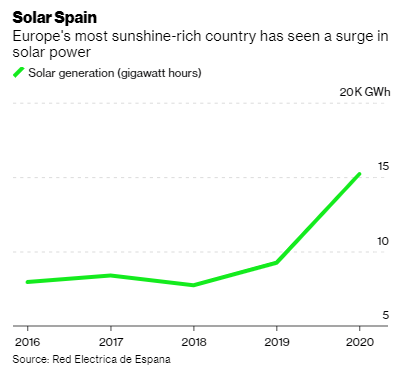 During the height of the pandemic, when overall power demand sank, renewable power's share of the grid surged in Europe. About 40% of the electricity in the first half of 2020 in the European Union came from renewable sources, compared with 34% from plants burning fossil fuels, according to environmental group Ember. 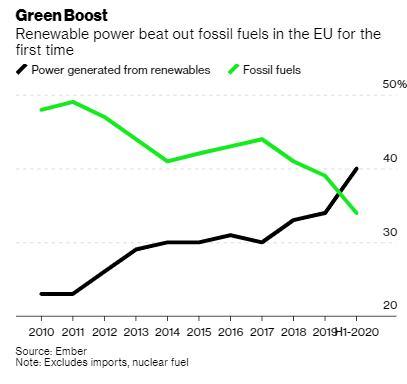 A 67-day period became Britain’s longest stretch without coal since the Industrial Revolution and helped make 2020 the country’s greenest year yet for its power grid. Britain is going to completely phase out the polluting fuel by 2025 as a growing share of its power comes from wind farms. Prime Minister Boris Johnson also vowed to ban new gas-power cars by 2030 and spend $1 billion this decade to capture carbon emissions from at least two industrial hubs. 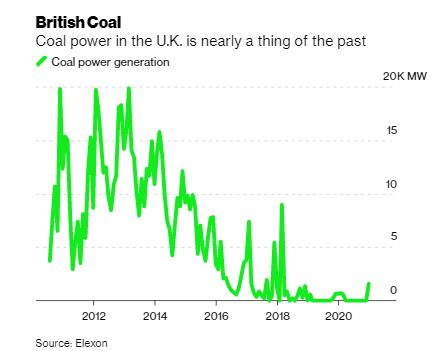 India's debt-burdened utilities were further battered by the world’s largest lockdown in 2020, leading to a 72% drop in solar installations and the slowest addition of wind power in more than a decade. On the plus side, though, bids to develop new solar projects continued to set new records—meaning that once power company finances are in order, it’s a good bet that solar will be the cheapest option. Another bit of good news was that clearer skies when factories and streets were empty meant that there wasn't as much smog blocking the sunshine, allowing for higher generation from the country's existing panels.

High power prices and abundant sunshine have spurred a love affair with rooftop solar, with about 29% of households now outfitted with panels. That's wreaking havoc on power utilities with daytime demand for electricity from the grid falling to record lows in three states in 2020, leaving expensive power plants running well below capacity.

An explosion and a flood shut down two Chinese factories that produce polysilicon, a crucial material for photovoltaic cells, sending prices up 75% in less than two months. Solar glass prices also soared as increased use of two-sided, or bifacial, panels boosted demand, while capacity was constrained by limits on heavily polluting glass factories in China. Rising costs have so far not affected sales, but they have rippled through the solar supply chain, with module prices experiencing the first quarterly rise since 2015. That could be bad news for project developers who bid low prices assuming equipment costs would continue to follow their long historic decline. 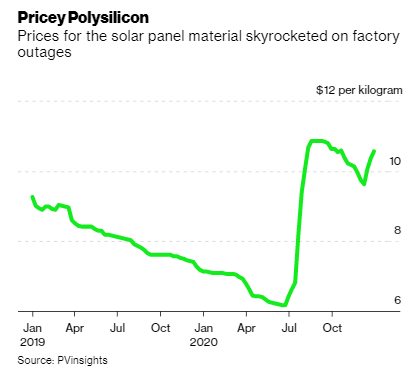 While electricity shutoffs prompted by wildfire risk has contributed to mounting U.S. homeowner interest in rooftop systems and batteries, Northern Californians in September learned a cruel irony: smoke from a large blaze blotted out  the sun, and so rooftop solar withered.