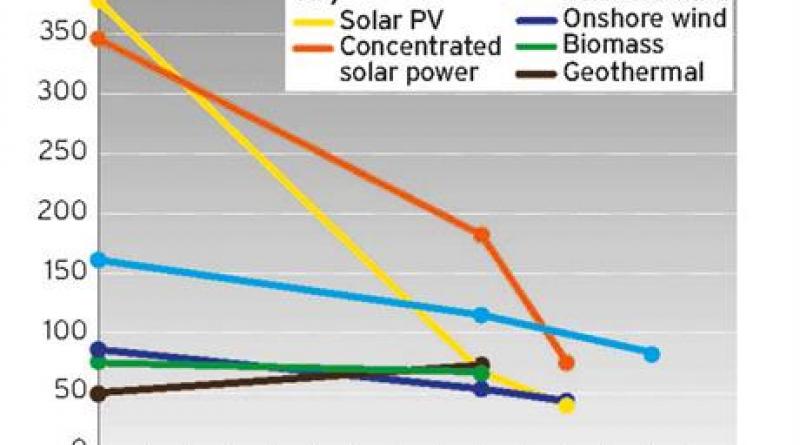 In June it was a little uncertain how the wind industry would be affected by the global pandemic, as its competitive position had been eroded by falling gas and oil prices. More recently, however, there have been hopeful signs, not least the publication of the Sustainable Recovery report by the International Energy Agency (IEA).

This presents a "detailed plan focused on cost-effective measures that could be implemented during the timeframe 2021-2023". The first item in the IEA’s five-point plan is to "accelerate the deployment of low-carbon electricity sources like new wind and solar".

"Wind and solar PV power technologies have rapidly become the most favoured power-generation technologies in markets around the world," the report notes. It goes on to show how rapidly costs have fallen.

Investing the same amount in onshore wind today would result in nearly twice as much energy as it would have ten years ago: $1 million delivered around 1,200MWh/year of generation in 2010, compared with 2,250MWh/year in 2020. For offshore wind, the same investment will deliver 60% more generation, while solar PV has seen the biggest drop in prices and investments will now result in more than seven times the amount [of energy] they would have than in 2010, according to the report.

The IEA draws, in part, on a report from the International Renewable Energy Agency (Irena) that reviews costs across the whole range of renewable-energy technologies. Key data is shown in the chart, below.

The Irena analysis shows that wind is the cheapest technology at present, although it is likely to be undercut by solar PV within the next year or so. However, there will still be locations where wind is cheaper, and others where PV has the edge.

It must be emphasised that the figures in the chart are global averages, and there are wide variations in the key data. For onshore wind, for example, installed costs range from around $1,150/kW to $2,450/kW, capacity factors from 25% to 51%, and levelised costs from $35/MWh to $110/MWh.

India delivers the cheapest wind projects, at a fraction over $1,000/kW, and Japan the most expensive at around $2,300/kW.

Irena suggests that generation costs from onshore wind and PV are now less than the marginal costs of fossil generation. However, that was in 2019, before the collapse in fuel prices due to the global pandemic, discussed in the June issue. If fuel prices recover, then that may once again be the case.

However that investment in 2019 purchased far more capacity due to the fall in capital costs. Onshore wind was a strong performer during the period, with a peak investment of more than $100 billion in 2015. It then fell back, but attracted the most investment among renewable technologies in 2019 of $80 billion.

Job creation is vitally important during the recovery from the effects of the global pandemic. The IEA report suggests that solar is the most labour-intensive power generation technology, with $1 million creating three local construction jobs and six in manufacturing.

The corresponding figures for offshore wind are lower, but the data may be conservative as the World Bank has estimated that wind and solar both create around 13.5 jobs per $1 million invested.

At a glance — This month's report conclusions