Weatherwatch: conditions ripe in US for more dust bowl years. 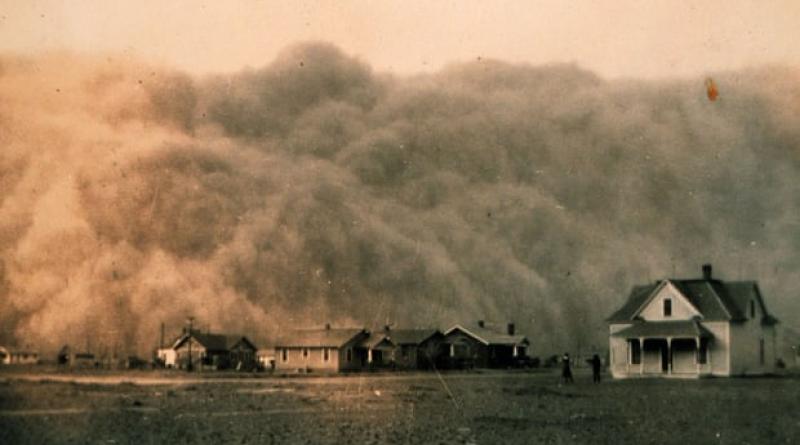 Across Great Plains, dust levels rising due to farming methods and climate emergency.

Achilling reminder of the 1930s dust bowl years may come back to haunt the US. Across the Great Plains, dust levels in the atmosphere are steadily increasing each year.

Much of this is driven by farmers expanding their soya bean and maize production. Researchers at the University of Utah found that the rising dust levels matched the planting and harvesting seasons of these crops, exposing the soil to winds. And with the growing threat of drought from the climate crisis, the ingredients are in place for another dust bowl.

Although climate change was not a factor in the 1930s dust bowl, farmers had ploughed up vast tracts of natural grassland that had kept the soil intact. When a great drought took grip, it was driven by a natural lurch in the climate and was catastrophic. Crops withered and the fragile soil blew away, creating dust storms stretching up to 1,000 miles long. Towns and cities were engulfed in dust, thousands of people died in the heat and dust, and 2 million homeless farmers and their families fled to the cities in what was already the Great Depression. Even now, the soil has not fully recovered in some places.