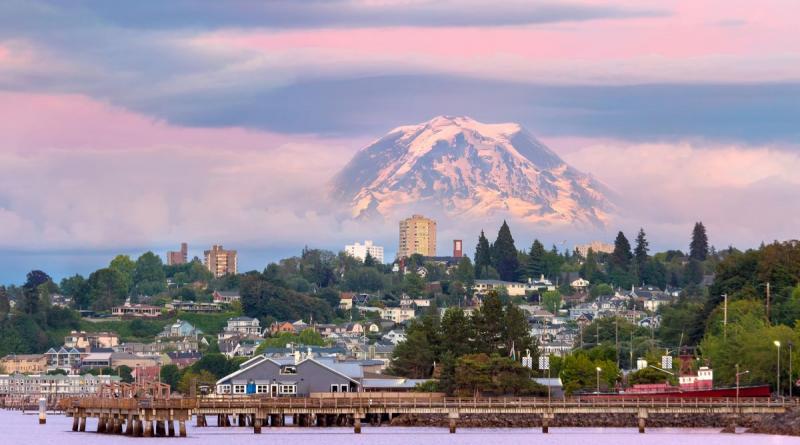 After 18 months of workshops, hearings and document revisions, the Washington State Department of Commerce and the Washington Utilities and Transportation Commission adopted rules to require investor-owned and publicly owned electric utilities to supply power to their customers from sources that do not emit carbon dioxide and other greenhouse gas emissions.

The new rules are designed to implement the state’s Clean Energy Transformation Act, or CETA, which Gov. Jay Inslee signed May 7, 2019, to require utilities to supply carbon-neutral electricity by 2030 and to eliminate carbon-emitting electric generation entirely by 2045. The CETA also requires electric utilities to eliminate coal-fired electricity from their resource mix by the end of 2025.

To meet the carbon-neutral electricity requirement, utilities can obtain up to 20% of their retail power supplies from gas-fired or other carbon-emitting resources but must counter those emissions with the purchase of renewable energy certificates and obtain credit for investment in such energy transformation projects as electric vehicle charging infrastructure.

That means that by the end of this decade at least 80% of all electricity utilities sell in Washington must be from renewable sources or nonemitting power, the agencies said. Washington utilities in aggregate obtained 54.1% of their generation fuel mix from hydroelectric resources in 2019, according to the commerce department. The state is also home to Energy Northwest’s Columbia Generating (WNP-2) nuclear plant, which supplied 4.94% of the state’s electricity. Energy Northwest is joint operating agency formed by the state that supplies power to 27 public utility districts and municipalities in Washington.

The new rules apply to large utilities operating in the state including Puget Sound Energy Inc., Berkshire Hathaway Energy subsidiary PacifiCorp and Avista Corp., as well as public utility districts, municipalities and rural and cooperative electric utilities. All told, the rules apply to 64 electric utilities in Washington, according to the Department of Commerce’s Jan. 6 press release announcing the new rules.

Electric utilities must adopt implementation plans by the end of 2021 with targets for achieving clean electricity requirements, and they must revise those plans every four years, according to the press release. The utilities must ensure an equitable distribution of benefits from the transition to clean energy for all customers. For example, they must offer energy assistance programs and funding to low-income customers.

Talen to stop burning coal at three plants with 3.6GW of capacity in Pennsylvania and Maryland by 2025.