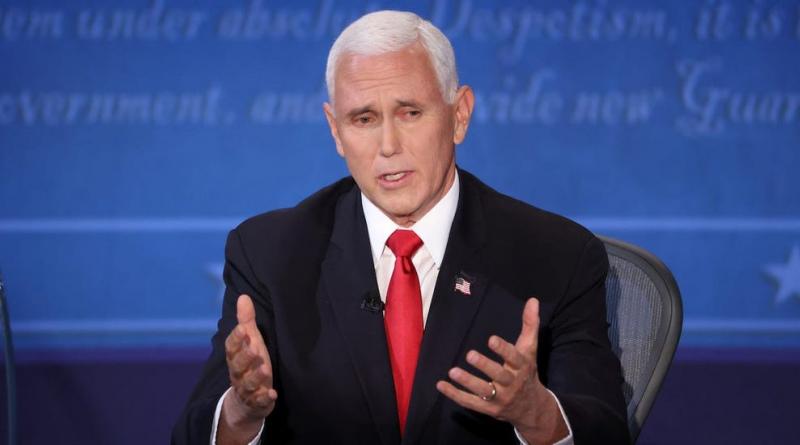 Mike Pence refused to say that climate change is an existential threat and repeated Donald Trump’s claim that forest management was “front and center” of the historic wildfires in the American west.

“The climate is changing but the issue is, what is the cause and what do we do about it," the vice president said.

Some 97 per cent or more of climate scientists agree: Climate-warming trends over the past century are extremely likely due to human activities, NASA reports.

Mr Pence and California Senator Kamala Harris came face-to-face for the first time in Salt Lake City, Utah in what was billed as the most anticipated vice-presidential debate between two running mates in recent memory.

Mr Pence touted America’s clean air and clean water while refusing to address the fact that climate change is a driving factor behind extreme events such as wildfires and hurricanes.

The vice president claimed that rejoining the Paris Climate Accord would “crush” the US economy and jobs, while Senator Harris said that she and Mr Biden were committed to rejoining the global commitment on reducing emissions to combat the climate crisis.

"I will repeat, and the American people know, that Joe Biden will not ban fracking. That is a fact," she said.

Fracking is a key issue in the industry-heavy swing state of Pennsylvania and Mr Biden has said he will allow it to continue on private lands, to the ire of progressives. Ms Harris also supported a ban on fracking during the primaries.

Mr Pence gave a misleading answer on hurricanes, saying that the federal National Oceanic and Atmospheric Administration found that there are no more hurricanes today than in the past.

However analysis this month has shown that hurricanes have become stronger and more damaging around the world since the late Seventies, the New York Times reported.

VP Pence was criticized for his climate responses not only by climate scientists and activists but by former allies.

“Total lie by @Mike_Pence…@POTUS @realDonaldTrump does NOT believe in climate change. He didn’t when I worked for him and he doesn’t now. #TruthMatters,” the president’s former attorney, Michael Cohen, tweeted mid-debate.