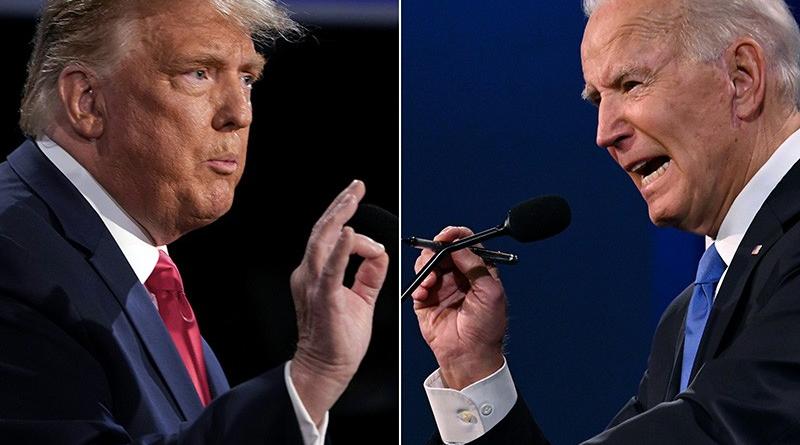 With so many votes cast for Trump in US election, some researchers conclude they must work harder to communicate the importance of facts, science and truth.

As the possibility of a landslide victory for US presidential candidate Joe Biden vanished in the wee hours of 4 November, some scientists saw the deadlocked election as a sign of their own failure to communicate the importance of science, evidence and truth to the general population.

“This election is not going to be a decisive national categorical repudiation of Trump, regardless of who wins the presidency,” says James Lindley Wilson, a political scientist who studies elections and democracy at the University of Chicago.

Many researchers supported Biden because of his science-friendly policies — in particular his plans to bring the coronavirus under control and to mitigate climate change — and have recoiled from Republican President Donald Trump’s blatant disregard for evidence and truth during his time in office.

With vote tallies in several critical states too close to call, who will win the election and go on to be the next president is still unclear. Depending on how things shake out, it could be a few days, or even a week, before a clear winner emerges.

For some researchers, the fact that the election has come down to the wire is evidence that scientists simply aren’t connecting with the general population. Whatever happens, says Naomi Oreskes, a science historian at Harvard University in Cambridge, Massachusetts, “we have a lot of work ahead of us”.

Distrust within the scientific community stems from Trump’s rejection of climate science, his rollback of numerous environmental regulations, and his mishandling of the COVID-19 pandemic, which has now killed more than 230,000 people in the United States. Nature’s own survey of its scientist readers demonstrated their condemnation for these actions: of the approximately 580 respondents eligible to vote, 87% said they would be doing so for Biden.

But as in 2016, Trump out-performed polls suggesting that his opponent was positioned for a potential landslide victory. With a clear winner yet to emerge, scientists are disappointed — both inside and outside the United States.

“It’s horrific,” says Kim Cobb, a climate scientist at the Georgia Institute of Technology in Atlanta. Cobb has her own fears about the pandemic, the economy and climate change but is trying to understand the anxieties that are driving so many to vote for Trump.

“It is depressing to see that the American electorate have not heeded the evidence of the last four years to give a strong message about the damage being caused by Trump's actions and behaviour, for their own country as well as the wider world,” says Athene Donald, a physicist at the University of Cambridge, UK.

Although early polling suggested that Biden could run away with the election, the battle has come down to Arizona, Georgia, Nevada and a trio of Midwestern states — Wisconsin, Michigan, and Pennsylvania — that proved pivotal in 2016. In a brief address to his supporters late last night, Biden expressed confidence that he would prevail once all the votes are counted. “It ain’t over till every vote is counted,” Biden said, “but we’re feeling good.”

Trump responded with a tweet suggesting that Democrats are trying to steal the election, a threat he has repeatedly raised without any substantiation in the run-up to the election. Late in the night, he declared that Republicans will take their challenges to the US Supreme Court, where his latest appointee, Amy Coney Barrett, could cast a decisive vote. “This is a fraud on the American public. This is an embarrassment to our country,” Trump said. “We will win this, and as far as I’m concerned, we already have.”

Four years ago, science did not play a large role in the US election. This year, however, it’s been front and center due to the pandemic. But it didn’t overwhelmingly sway voters. Polls show that most Republicans think Trump has handled the coronavirus crisis well, despite the fact that he has downplayed the dangers of the virus and undermined government scientists and public health measures designed to contain its spread.

A similar dynamic is at play with global warming. As wildfires and hurricanes cause damage across the globe, Democrats have made climate change a top priority, whereas Republicans continue to oppose efforts to curb greenhouse gas emissions. In Florida, for instance, residents voted to re-elect Trump, even though his efforts to promote fossil fuels could fuel global warming and boost sea-level rise, which poses an existential threat to the low-lying state. “Evidently a lot of Floridians are in denial about climate change,” says Oreskes. “How do we fix that? I don’t know, but obviously what we’ve been doing has not worked.”

Michael Lubell, a physicist who tracks science policy at the City College of New York, says he worries about what the results of the election say about the value many Americans put on truth. Trump, former host of the television show The Apprentice, is well known for making inaccurate statements and spreading misinformation to further his political agenda. “What I see is people rejecting reality, and opting more for a reality show,” says Lubell. “And that to me is frightening.”

For Gerardo Chowell-Puente, an epidemiological modeller at Georgia State University in Atlanta, the fear isn’t just re-electing a president who has mismanaged the pandemic, costing countless American lives. Born in Mexico, Chowell-Puente came to the United States to pursue his education in 2001, and only last year became a US citizen. He says Trump’s rhetoric and efforts to restrict international visas for scientists and others have left him sad.

“I am very hurt by the actions of this man, who happens to be president of the country,” he says. “I cannot wait for a change. I am just crossing my fingers.”

As of early 4 November, the US electoral college vote — determined by how many votes each state can cast based on its congressional representation— remained too close to call. Nonetheless, Biden is expected to prevail in the popular vote, an absolute count of votes in the United States that does not determine a winner.

Although Democrats seem likely to maintain their majority in the House of Representatives, their prospects for taking control of the Senate have dimmed. As of Nature’s press time, 2 scientists — astronaut Mark Kelly in Arizona and geologist John Hickenlooper in Colorado — won their races, flipping seats from Republican to Democrat, but one other seat flipped in the opposite direction. With several races too close to call, control over the Senate remains up in the air. Which party controls the Senate will be critical to the next US president: If Republicans maintain their Senate majority, they will more easily advance Trump’s agenda in a second term or block Biden’s attempts to push through new legislation if he wins.

The 2020 election has proved more challenging because of the coronavirus pandemic, and a massive shift toward mail-in voting, particularly among Democrats who have taken the dangers of COVID-19 more seriously. By contrast, Trump has repeatedly played down the dangers of the coronavirus to his supporters, who were more willing to show up in person at the polls on election day. Trump remains on top in key states such as Pennsylvania and Georgia, but many mail-in ballots remain to be counted.

Both Republicans and Democrats are preparing for potential legal battles over recounts and the eligibility of postal ballots. Delays in counting votes are normal, Wilson says, but public trust in the election could suffer if legal battles ensue and ballots start getting disqualified. Longer term, he says, the election could fuel debate about whether the electoral college should decide US presidential elections. Wilson predicts that Biden could win the popular vote by 5-7 million votes, an even larger margin than the 3 million vote advantage held by Hillary Clinton in 2016.