This s*** is going to kill us’: Harrison Ford slams leaders who make climate change a ‘divisive issue’. 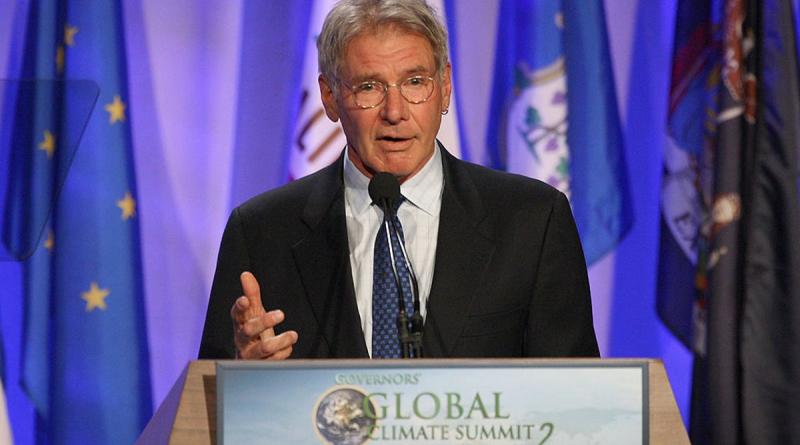 Harrison Ford has called on voters to back leaders who will move to tackle the climate crisis, noting, "This s*** is going to kill us.”

The Indiana Jones actor, 78, slammed political figures who make climate change a “divisive issue" and "do it to protect the entrenched economic interests who profit from behavior that destroys our planet”, in an interview with Time.

The longtime environmentalist, who is vice chairman of the board of Conservation International, made the remarks after providing the voiceover for a short video by the environmental group, encouraging people to vote.

“We have people in leadership positions who refuse to accept objective science. They’re robbing us of the ability to collaborate, to compromise, to move forward," he says.

Ford called on people to hold businesses accountable if they are willing to destroy nature in the name of profits, and vote for candidates who acknowledge what’s at risk, and have a plan to tackle it.

President Trump, who has calls climate change a “hoax” and consistently undermined scientific facts, is running on the GOP’s recycled 2016 platform. It states that the climate crisis will be best solved by the market and tech solutions.

Democratic candidate Joe Biden, who calls climate change an “existential crisis”, has a plan that calls for a $2 trillion investment in clean energy over four years, and promises to "demand that Congress enacts legislation in the first year” to ensure net-zero emissions by 2050.

Scientists say that we have around a decade to make meaningful cuts to emissions and bring climate change under control, or the planet will face even more severe impacts than we are already witnessing.

“The necessary foundation of our lives is a vital healthy natural world — our source of clean water, food and stable climate. We’re watching that foundation crumble,” the actor says in the video clip.

The single most important individual action, Ford says, is to vote.  “Vote to save nature. Vote to save your children’s future. Vote as if your life depends on it.”

COP25: Actor Harrison Ford for Climate Action with the "WE ARE STILL IN" group.