Protecting nature is vital to escape 'era of pandemics’ – report. 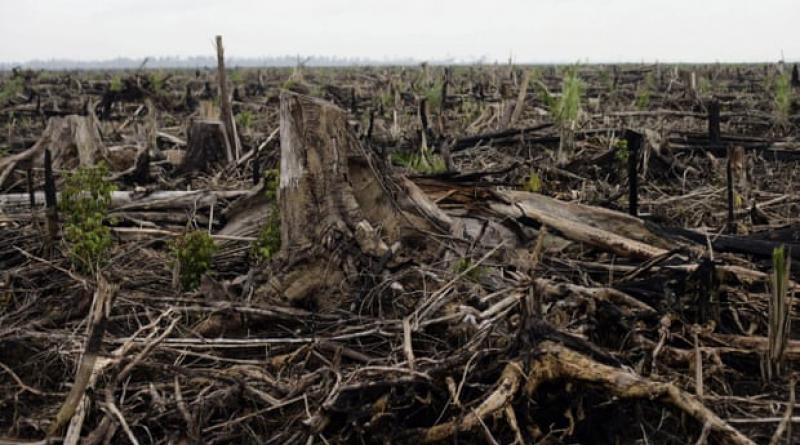 The world is in an “era of pandemics” and unless the destruction of the natural world is halted they will emerge more often, spread more rapidly, kill more people and affect the global economy with more devastating impact than ever before, according to a report from some of the world’s leading scientists.

The emergence of diseases such as Covid-19, bird flu and HIV from animals was entirely driven by the razing of wild places for farming and the trade in wild species, which brought people into contact with the dangerous microbes, the experts said.

“The risk of pandemics is increasing rapidly, with more than five new diseases emerging in people every year, any one of which has the potential to become pandemic,” the report says.

It estimates there are more than 500,000 unknown viruses in mammals and birds that could infect humans.

The current approach to disease outbreaks is trying to contain them and develop treatments or vaccines, which the scientists say is a “slow and uncertain path”. Instead the root causes must be tackled, including stopping the demolition of forests to produce meat, palm oil, metals and other commodities for richer countries.

The costs of such a transformative change would be “trivial”, the experts found, compared with the trillions of dollars of damage caused by the coronavirus pandemic alone. Their proposed solutions include a global surveillance network, taxing damaging meat production and ending taxpayer subsidies that ravage the natural world.

“There is no great mystery about the cause of the Covid-19 pandemic, or of any modern pandemic,” said Peter Daszak, the chair of the group convened by the Intergovernmental Science-Policy Platform on Biodiversity and Ecosystem Services, (Ipbes) to produce the report. “The same human activities that drive climate change and biodiversity loss also drive pandemic risk through their impacts on our environment.”

“We’re seeing pandemics every 20-30 years,” said Daszak, who is also the president of EcoHealth Alliance, and they were getting more frequent and damaging. “We can escape the era of pandemics, but this requires a much greater focus on prevention, in addition to reaction.”

Since the coronavirus pandemic began, the UN, World Health Organization and others have warned that the world must tackle the cause of these outbreaks and not just the health and economic symptoms. In June, leading experts called the pandemic an “SOS signal for the human enterprise”, but little government action has been taken.

The report was produced by 22 experts in fields including zoology, public health, economics and law, and representing every continent. It cites more than 600 studies, a third of which were published since 2019. “It’s really state of the art in terms of its scientific basis,” said Anne Larigauderie, the executive secretary of Ipbes.

The report says the rise in emerging diseases is driven by “the recent exponential rise in consumption and trade, driven by demand in developed countries and emerging economies, as well as by [rising population] pressure”.

Daszak added: “Clearly, in the face of Covid-19, with more than one million human deaths, and huge economic impacts, [the current] reactive approach is inadequate. There is enough science that shows a way forward and would involve transformative change that rethinks our relationship with nature.”

The scientists call for a high-level intergovernmental council on pandemic prevention to provide decision-makers with the best evidence, predict high-risk areas and coordinate the design of a global disease surveillance system.

They also said emerging disease risk must be factored into decisions on large developments and called for meat production to be taxed. “Meat consumption is rising so dramatically, and it’s so clearly associated with pandemics,” Daszak said.

“Many of these policies may seem costly and difficult to execute,” the report says. “However, economic analysis suggests their costs [of about $50bn a year] will be trivial in comparison to the trillions of dollars of impact due to Covid-19, let alone the rising tide of future diseases.”

Daszak said: “For each of the policies there are pilot studies that show they work – they just need to be scaled up and taken seriously. This is classic public health – an ounce of prevention is worth a pound of cure.”

The report was widely welcomed by other experts. Guy Poppy, an ecology professor at Southampton University, said the report’s comprehensive analysis of solutions was valuable. “The link between planetary health and human health was already becoming increasingly recognised, but Covid-19 has brought it to the front of everyone’s minds,” he said.

Prof John Spicer, a marine zoologist at the University of Plymouth, said: “The Covid-19 crisis is not just another crisis alongside the biodiversity crisis and the climate change crisis. Make no mistake, this is one big crisis – the greatest that humans have ever faced.”

But he said that by offering solutions the report “is a document of hope, not despair … the question is not can we [act], but will we?”