NASA data shows dramatic pollution drop in the US. 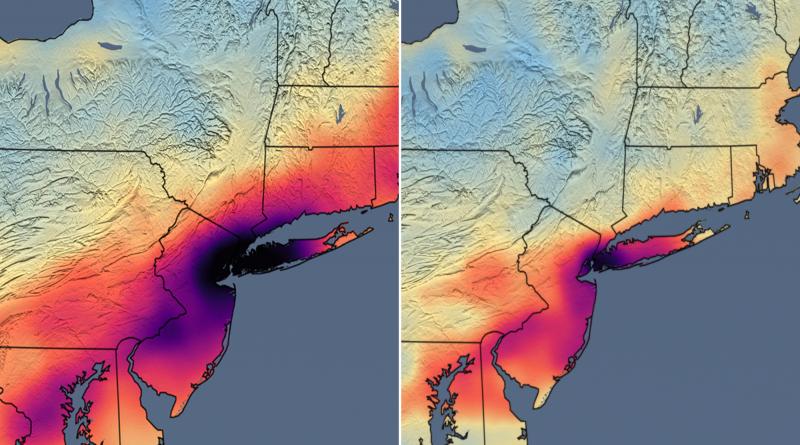 The air is clearing up because we're staying home.

NASA data shows that pollution in northwestern US is dropping dramatically.

The lockdown is having a number of effects on society, our minds, and the atmosphere. Most of them are bad, but at least when it comes to atmospheric pollution, we’re seeing some positive effects.

All over the world, we’re seeing that pollution levels are dropping in the wake of the coronavirus-induced lockdown. In particular, nitrogen dioxide or NO2 (primarily emitted by burning fossil fuels) can be used as an indicator of changes in human activity.

It’s not really surprising that, given the state of the lockdown, the rate of pollution has decreased substantially. But seeing it in action is impressive nonetheless.

NASA is now working on understanding just how much of this is caused by the lockdown and how much is influenced by weather patterns — but there’s a virtual certainty that the former accounts for the bulk (if not all) of the change. NASA also notes that satellites that observe NO2 can’t see through clouds, so the average is made only for days with low amounts of cloudiness.

It is also important to note that satellites that observe NO2 cannot see through clouds, so all data shown is for days with low amounts of cloudiness. If processed and interpreted carefully, NO2 levels observed from space serve as an effective proxy for NO2 levels at Earth’s surface.

But don’t get excited just yet — there’s a good chance this change won’t last that much. This dip in pollution will likely be short-lived, and there’s little indication that it might trigger a long-term trend. As soon as we resume burning fossil fuels, so too will the pollution levels resume their rise.