Leaving no one behind: using a multidimensional approach to eradicate poverty and monitor SDG progress at the national level. 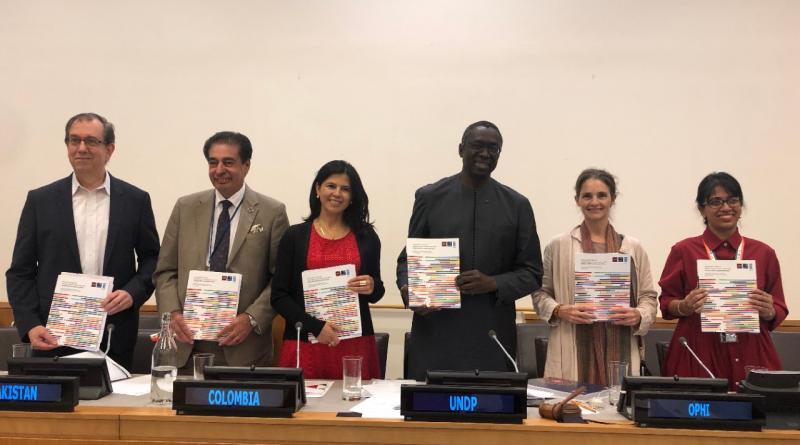 Statement by Abdoulaye Mar Dieye at the launch of UNDP and OPHI Handbook: How to Build a National Multidimensional Poverty Index (MPI): Using the MPI to inform the SDGs

Mr. Riaz Fatyana, Convener of the National SDG Parliamentary Task Force and Chairman of the Standing Committee on Human Rights and Law;

And, last but not least, my co-host for this event, Prof. Sabina Alkire, Director of the Oxford Poverty and Human Development Initiative (OPHI);

Welcome to this event co-hosted by UNDP and OPHI on using a multidimensional approach to eradicate poverty and monitor SDG progress at the national level.

As we know, poverty is complex and multifaceted. While income-based measures are useful, since the early 90s, UNDP has attempted to measure what matters most for people to live fulfilled lives focusing on creating opportunities and choices for people.

Yesterday, UNDP and OPHI launched the new figures for the global Multidimensional Poverty Index known as MPI. The data shows that 1.3 billion people in the world are multidimensionally poor, with multiple deprivations, about 500 million more than the number of income poor.

The adoption of a multidimensional approach in the measurement of poverty allows us to obtain a more comprehensive picture of those who are living in poverty and where they are located. The national MPI measures are context specific and not comparable across countries.

To further support countries, UNDP and OPHI are launching today a Handbook on “How to Build a National Multidimensional Poverty Index” to develop a more holistic understanding of what poverty means in national and sub-national contexts {show the cover of the report available on the table}. This approach can broaden national and local ownership to eradicate poverty in all its forms and address the deprivations that leave people behind.

The national MPI does not offer simple answers, but rather a tailored pathway to each country towards ending poverty.  Countries are using the MPI approach to affect change.

Currently, several countries are developing national MPIs, which are adapted to reflect their own specific poverty priorities and national contexts. The Governments of Colombia, Mexico, Bhutan, Chile, El Salvador, Costa Rica, Honduras, Malaysia, Vietnam, South Africa, Ecuador, Pakistan, Armenia, Mozambique, Panama, Nepal, Dominican Republic, Nigeria, Sierra Leone, the Philippines and Afghanistan, among others, have implemented and included nationally adapted multidimensional measures of poverty in their long term social development strategies, while the city of Ho Chi Ming in Vietnam and the states of Minas Gerais in Brazil and Andhra Pradesh in India have done so at the local level.

In Honduras, a multidimensional approach has helped the country to produce a resourceful unique registry of beneficiaries. This registry has proven helpful to target individuals and households with simultaneous deprivations, so social programs can reach those who need them the most. Authorities in Honduras can monitor progress for a set of indicators almost in real time.

An interesting example of the multiple applications that an MPI can have is the Vulnerability to Climate Hazards Index in the Dominican Republic. The index was developed within the framework of the National Program for poverty reduction. Its objective has been to integrate the variables of poverty, environment and climate change to reduce the vulnerability of households.

Today we will hear valuable experiences from four countries. UNDP is honoured to have partnered with so many of you in your development of national multidimensional poverty measures, including MPIs – from Tanzania to Pakistan.

It is very clear that with better measurement tools -- that feed into more effective and efficient poverty reduction policies -- we can help ensure that no one is left behind.