Key player in war on climate change? The Pentagon. 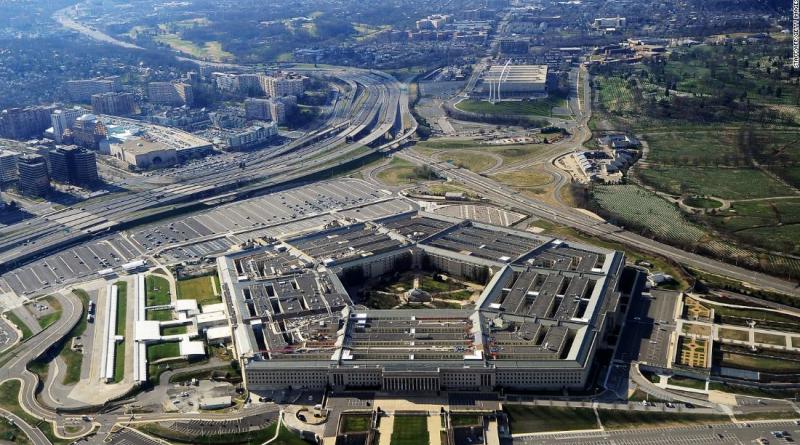 In the final presidential debate Thursday night, Vice President Joe Biden called climate change an "existential threat to humanity" that we have a moral obligation to address. Whoever leads the country for the next four years in January has an opportunity to substantially reduce carbon emissions while creating millions of new green tech jobs that could help revive and strengthen the American economy after the Covid-19 crisis.

The Department of Defense has a critical role to play in this effort. It also has a strong interest in doing so. Climate change doesn't just imperil coastal military bases with storm surges or delay exercises when heat waves and fires make it impossible to train. Climate change is already causing the armed forces to plan for new contingencies: from being prepared to undertake more frequent disaster relief missions to anticipating instability and conflict created by resource scarcity and population migrations.

What's more, as one of the world's largest and most complex institutions, the Department of Defense can be part of the climate solution.

To its credit, the DoD has already been investing over $1.5 billion of its annual research and development budget in new energy technologies. In the past, it has played a significant role in developing nuclear reactors, gas turbines and solar photovoltaic cells.

In the future, the DoD could help accelerate the development of dual-use green technologies, from cleaner jet fuels, which alone account for more than 50% of DoD's energy consumption, to compact nuclear fusion, fuel cells, better batteries, microgrids and storage technologies. These innovations could transform operational energy for the military while also spinning out civilian applications, much as the DoD's original investments in GPS and the internet stimulated whole new sectors of the US economy.

The other obvious opportunity stems from the agency's massive carbon footprint. The Defense Department is responsible for transporting, housing and training hundreds of thousands of servicemembers and their families around the globe; powering and heating more than half a million buildings; and maintaining over 27 million acres of land.

While the DoD will never be able to eliminate its environmental impact completely, there are many steps it can take to reduce its carbon emissions without sacrificing readiness or operations. As an enterprise, the DoD operates thousands of cars, SUVs, vans and shuttle buses from its facilities across the country.

Gradually replacing older vehicles with new hybrid or electric vehicles would not only be more fuel efficient, it would also grow the market for a nascent US industry. Similarly, retrofitting military facilities with green materials and technologies would make buildings more energy efficient, while also growing high-paying manufacturing and construction jobs.

Scaling investments in alternative energy like solar would lessen demand on local energy grids and help drive down the cost of renewable energy nationwide. By leveraging its procurement power to create large-scale demand, the DoD can accelerate market growth, helping green technologies become more viable and affordable for widespread use while enhancing American competitiveness.

Greening the DoD enterprise isn't just good for the environment and the economy -- as many other large enterprises have learned, energy efficiency ultimately saves money and benefits local communities. If, for example, DoD were to require all of the contractors providing military housing to meet certain energy efficiency standards, it would reduce the energy bills and improve the quality of life for military families across the country.

Similarly, if all new construction on military installations had to meet high Leadership in Energy and Environmental Design (LEED) standards, the long-term energy and maintenance cost savings would more than pay for the marginally higher construction costs.

While I am optimistic about the military's role in addressing climate change, I am also realistic. Military leaders from base commanders to the Joint Chiefs might rightly ask if spending money on climate-friendly initiatives takes away funds from other pressing operational needs. It need not -- if Congress steps up to make addressing climate change a national security priority.

Congress should work with the Pentagon to set a strategic goal for reaching DoD carbon neutrality and commission a study to determine the actions and funding necessary to get there. In the meantime, Congress should experiment with some pilot programs, such as making additional funding available to those base commanders willing to retrofit facilities to meet high LEED standards.

Congress should also authorize the creation of a new DoD office for energy innovation to advance the adoption of green technologies that would support DoD's goal of carbon neutrality.

Former Vice president and Democratic presidential nominee Joe Biden has already stated that, if elected, he intends to address climate change, invest in sustainable infrastructure and enhance our competitiveness simultaneously by "building back better." The Pentagon -- in need of cheaper and more reliable energy, more efficient vehicles, more resilient facilities, and updated infrastructure -- can do the same.

Over the long run, a greener Defense Department won't just be more cost-effective -- it will play an important role in addressing the climate crisis while also advancing US economic competitiveness as a leader in green technologies.

The next president and Congress should enlist the Pentagon as a force for good in advancing this critical national security objective.

If we want to adress climate change, we could use the help of the military.

Energy and the Military: Leading by Example

Beached whale increase may be due to military sonar exercises, say experts.