Jacinda Ardern’s ‘Nuclear-Free Moment’: Here’s three things that would make it a reality. 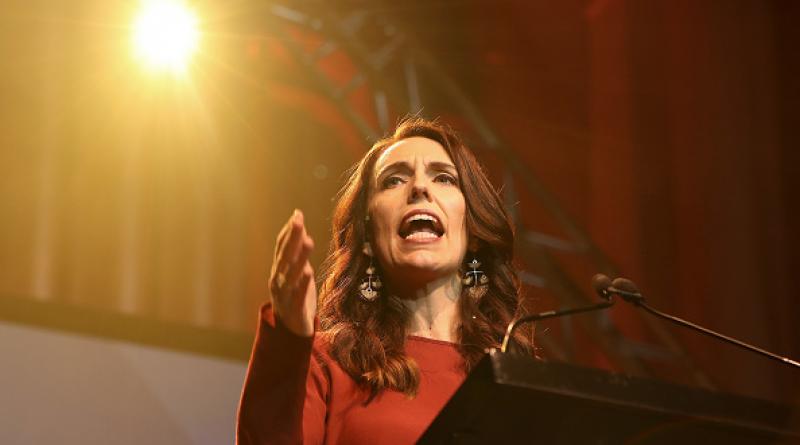 New Zealanders have gone to the polls and decided to keep Jacinda Ardern at the helm for another three years. The Labour leader’s promise of kindness, hope and protecting nature has clearly mirrored Kiwis’ aspirations for a better future.

When she became Labour leader, Ardern promised to lead a Government of transformation – on poverty, inequality and the environment. She famously called climate change her generation’s “nuclear-free moment” and vowed ambitious action.

This election, Ardern’s opponents in the National Party ran on a deliberate anti-climate platform, vowing to overturn the ban on new deep sea oil exploration and to roll-back freshwater protections. Former coalition partners, New Zealand First, promised to keep being a “handbrake” on green policies. New Zealanders roundly rejected both offerings, sending NZ First out of Parliament and ousting National from several of its former strongholds.

The election result has delivered a strong mandate for the transformational climate action that the Prime Minister promised.

New Zealanders admire Ardern’s adept handling of crises. They rewarded her with their votes in the polling booth. The second-term Prime Minister will need to be ready to guide the nation through a number of storms yet to come. The Covid recession is just the first southerly, preceding the twin fronts of climate crisis and ecological breakdown.

This year we’ve seen unprecedented wildfires rage across California, the Amazon and the Arctic. They’ve followed hot on the heels of last summer’s deadly bushfires in Australia, which turned New Zealand skies an apocalyptic dark red. We haven’t forgotten the images of families submerged in lakes to avoid the flames; of rescuers desperately trying to save millions of stranded and burned koalas.

At home, in the Mackenzie Basin, early spring fires have destroyed homes in Ōhau and gobbled up thousands of hectares. A report out last week warns such events will happen increasingly often here in New Zealand and abroad.

We’ve also witnessed how messing with nature can cause our economies to grind to a halt. The majority of new infectious diseases – including Covid-19 – have their origins in wildlife. The systematic destruction of nature is bringing us into close contact with these new diseases that have the ability to turn our whole world upside down.

It’s becoming harder and harder to argue that you have to trade off the environment for the sake of the economy, when it’s environmental destruction that caused our current recession.

The vast majority – 79 percent – of New Zealanders are concerned about climate change. Roughly the same number want a green recovery from Covid-19. And now they’ve re-elected the leader who promised to deliver. So what does Ardern’s new Government need to do in its second term to make good on the promised ‘nuclear-free moment’?

From industrial agriculture to regenerative farming

The big ticket item we should all be looking out for is this: transitioning New Zealand away from intensive dairying and into regenerative farming. There are simply too many cows for our waterways or our climate to cope with. The use of synthetic nitrogen fertiliser is making the problem even worse.

Here’s the thing. Transitioning to regenerative farming won’t just stop our climate emissions and water pollution from getting worse. It has the potential to reverse the damage. Regenerative farming treats the land like an ecosystem, not like a milk mine. It stores water and carbon in the soil, improves soil health and brings back wildlife.

It’s also what our customers are asking for. The global market for organic grew 397% between 2000-2016. In the European Union, the demand for organics is growing faster than they can produce it. In Denmark for example, imports of organic food have increased by 180% between 2008-2017.

Intensive dairying is New Zealand’s biggest climate and river polluter. It’s also a health risk. Scientists are sounding the alarm about nitrate contamination in drinking water and its links to colorectal cancer. They’re raising concerns about harmful pathogens like E. coli and campylobacter that spread from livestock to humans when ecosystems are degraded.

Ardern’s Government needs to phase out synthetic nitrogen fertiliser and establish a $1 billion fund to support farmers to transition to regenerative practices.

Next up, we should be looking at transport. Transport is the fastest-growing source of carbon emissions in New Zealand. It’s happening because of decades of underinvestment in alternatives to driving, like rail, buses and bike paths. Now the Government has committed billions of dollars specifically for shovel-ready infrastructure. It’s the perfect opportunity to build the convenient, affordable and accessible transport options we need.

Think safe cycleways, more electric buses and better commuter rail within and between our cities. Ardern also needs to commit to phasing out imports of petrol and diesel cars, ideally by 2030. And the Government needs to make it cheaper for families to make their next car electric, through grants or other incentives.

Next, we should be seeing a strong commitment from the Government to protect the oceans. The world’s oceans have taken up more than 90 percent of the excess heat and more than 20 percent of the climate emissions produced since the 1980s. We can thank the many organisms living in the vast blue seas that climate change hasn’t gotten the better of us already. But if the big blue is going to continue to be our ally in the fight against climate change, we urgently need to provide protection to all the biodiversity that lives there.

Putting cameras on all commercial fishing vessels, not just some, will force big fishing companies to operate legally, managing the oceans in a way that means there will be enough fish for generations to come.

We’re at a fork in the road

A lack of ambitious policy – just more business as usual – will lock us into further climate and ecological devastation.

Instead we have the chance to restore the natural systems we depend on to survive – from the climate, to healthy soils, to abundant oceans and clean water. To build an Aotearoa New Zealand where native forests are rebounding, we power our homes with clean energy and our streets are safe for walking or biking.

Next time Jacinda Ardern talks about her ‘nuclear-free moment’, ask whether she is promising to transition our agriculture system to regenerative farming that doesn’t use harmful inputs like synthetic nitrogen fertiliser. Ask whether she’s investing billions in new electric buses, trains, bikes and cars. And ask whether she’s requiring transparency in the fishing industry, so that fish stocks and ocean wildlife can recover. If there’s a tick next to all of these things, that’s action worthy of a ‘nuclear-free moment’.