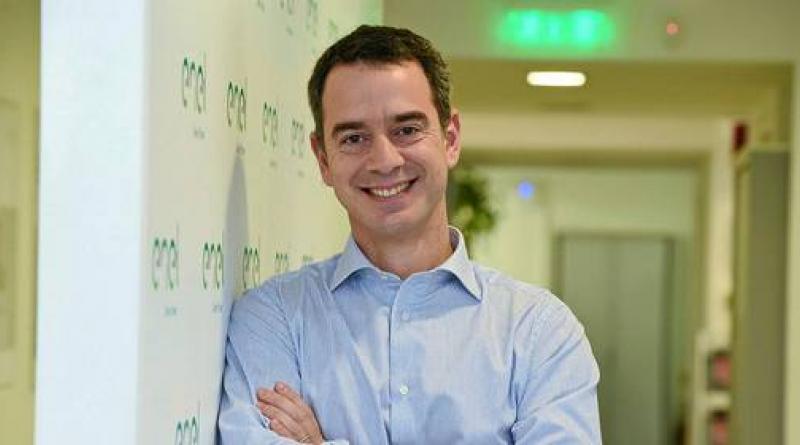 New EGP-NA CEO Georgios Papadimitriou on the company's latest projects and why the US corporate market still stands out.

Enel Green Power is muscling into new wind markets in the US, as it rolls forward with its 1GW-a-year build programme under new North American chief executive Georgios Papadimitriou.

Within Italy’s Enel utility group, which claims 90GW of generating capacity and 43 million electricity customers globally, the spotlight is firmly on renewables these days – with North America foremost among all markets.

“Enel Green Power is growing its renewables base by around 3GW a year, and a third of that is coming from this country,” Papadimitriou told Recharge in a recent interview in New York.

Enel’s recently updated CapEx plans call for spending €10.6bn ($12.2bn) on renewables globally in 2019-21, and the US is likely to be the largest recipient of investment.

The question is where those billions will go.

In recent years, nearly all of Enel’s new US wind capacity was built in the corridor stretching from Oklahoma up through the Dakotas – a wholesale power market overseen by the Southwest Power Pool – and nearly all came through Enel’s long-standing partnership with Kansas-based developer Tradewind Energy.

Yet for its most recent projects, Enel Green Power North America (EGP-NA) turned to new horizons and a new developer partner.

At the end of 2018 the company completed its first wind farm in Illinois, the 185MW HillTopper, within the PJM Interconnection wholesale market that covers much of the East Coast.

Then at the start of January EGP-NA unveiled its 450MW High Lonesome wind project in Texas, its first in a decade within territory overseen by Texas grid operator ERCOT.

“We’re very proud of coming back to Texas after more than 10 years,” Papadimitriou says.

Both HillTopper and High Lonesome were acquired from Swift Current Energy, a Boston-based developer with offices spread across the country.

“Over the past couple of years we’ve grown almost exclusively through Tradewind,” says Papadimitriou, who took the reins at EGP-NA last September. “With Swift Current we’ve managed to diversify. I think this is a healthy thing.”

“It’s not something that was ad hoc, but it also wasn’t a departure from Tradewind – it’s just complementing our sources of projects.”

Beyond High Lonesome, EGP-NA still has more than 1.5GW of as-yet-unannounced US renewables projects planned for 2019-20, to take advantage of the fading federal tax credits. The industry will be watching to see where the projects are located.

In addition to its headquarters in Massachusetts, Swift Current claims offices in Maine, Montana, New York, Texas and Illinois.

In a market as big as the US, “you can’t spread yourself too thin”, Papadimitriou says. “But diversifying and going where the fundamentals make sense is always a good thing.”

Two things are immediately striking to anyone coming into US renewables, says Papadimitriou, a native of Greece whose previous managerial career at Enel Green Power spans Europe, Latin America and the Middle East.

First is how fragmented the market is, splintered into various state- and regional power markets, and overseen by a hodgepodge of grid operators and utility regulators. “It’s basically not a single country” when it comes to the electricity market, he says. “Nobody can think they can dominate in the US.”

Second is the strength of the corporate market for renewable power, with not only technology giants but a rapidly growing list of American companies and industries hungry for wind and solar energy. EvenExxonMobil recently signed renewables PPAs in Texas, and 2018 was by far the biggest year on record for such deals.

Corporate off-take deals exist in parts of Europe, like the UK and the Nordics, but “complexities in market designs” still make them difficult across much of the continent, Papadimitriou says.

In contrast to Europe, the US is a more “proactive” renewables market. “Instead of waiting for a European government to hold a tender so you can sell energy from a power plant, you can go out and seek customers and customers can come and seek you.”

"You end up with large amounts of investment into new capacity, and it's driven by consumer choice."

EGP-NA signed an innovative financial hedge known as a proxy revenue swap for most of the output from the High Lonesome project, protecting it against fluctuations in the wind resource and power prices. It’s the first such off-take arrangement globally for Enel.

But while it’s nice to have the option of a proxy revenue swap, EGP-NA sees it only as “complementary” to the other types of structures it’s been using in the US, including off-take deals with corporate and industrial (C&I) customers.

“I’d say let’s be cautious in saying there will be more [proxy revenue swaps] in the future at the expense of the others,” Papadimitriou says. “Our key strategy remains C&I customers.”

Seeing beyond the PTC

Enel’s current CapEx plans stretch only to 2021, leaving a question mark over the years after the US wind production tax credit (PTC) has expired.

But the company remains committed to the market for the long haul, having opened a sleek new headquarters for its North American subsidiary less than two years ago in Andover, Massachusetts.

Beyond wind, the company is a growing player in the solar market, and is also active in Canadian renewables, winning projects in the province of Alberta's first tender in 2017.

Unlike instances in Europe when subsidies were pulled without warning or in a retroactive fashion, the multi-year PTC phase-down in the US gives everyone in the industry time to do their homework and prepare for the post-subsidy era, Papadimitriou says.

He brushes aside concerns about the Trump administration's uncertain approach to energy policy. “Policy was important 10 years ago when the industry was taking off. Policy is not driving this business anymore.”