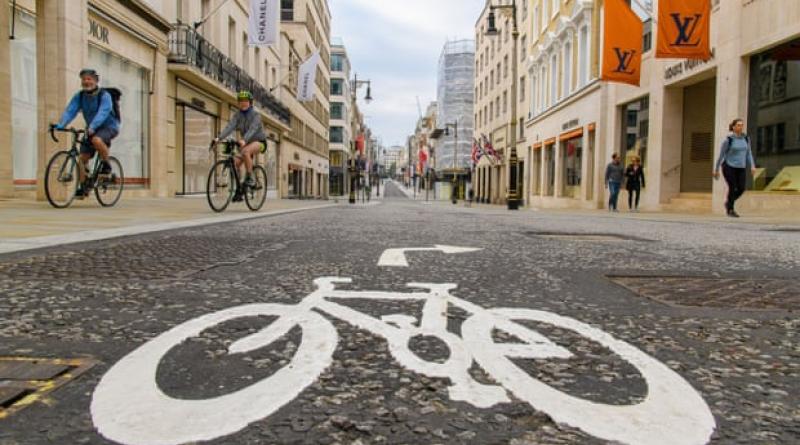 It is clear that the ways we travel, and use transport, will not be the same after the coronavirus outbreak as they were before. What we don’t know is which changes will turn out to have been temporary, and which permanent. Flights from European airports are down by 90% from a year ago, for example. But is this a blip? Reports of strong demand for winter flights suggest it might be.

There are no comparable figures that suggest how many car journeys the UK should expect in six months or a year’s time. But it is to be hoped that the huge reduction in motor traffic caused by the virus will not be completely reversed. Already, cities including Milan and New York have announced ambitious plans to reconfigure roads in such a way as to make more space for cyclists and pedestrians.

Improving air quality is one motive, particularly in cities, not least because pollution is thought to be a contributor to Covid-19 deaths. Encouraging people to walk and cycle is another. Fitter, less overweight people are less at risk from all sorts of diseases, particularly respiratory ones.

For health reasons, as well as a wish to reduce noise pollution, improve road safety and the public realm more broadly, green transport campaigners have long argued for space to be redistributed, for example by the creation of new cycle lanes and walking routes. Town and city pavements are generally narrow, with carriageways taking up twice or three times as much space – much of it for parking. But the need for physical distancing makes the case for change unarguable. While those who need to drive for business or personal reasons must, of course, be allowed to, the presumption of an entitlement to drive must not continue to trump the right to walk and cycle safely.

English councils have been granted temporary powers to close roads and should use them. As the lockdown continues, the importance of promoting healthy lifestyles, including regular exercise, grows. From many points of view, public transport remains preferable to the use of private cars. But the danger now associated with mixing with strangers in crowded places means it makes sense, at least in the short term, to shift attention and resources towards walking, scootering and cycling (while promoting measures to make public transport as safe as possible, for both workers and passengers).

The UK has already set a course to a much lower-carbon transport future. A government document published in March acknowledged the need for dramatic reductions in car use, with trains, buses and active travel becoming the “natural first choice”. It promised to place transport emissions at the heart of the government’s strategy for the postponed Cop26 climate talks that the UK will host next year.

The chance to move around more freely again is something to be looked forward to, especially for those who are separated from loved ones. Motor traffic and aviation will, at some point, increase. But the journey away from fossil fuels and towards low- and zero-carbon alternatives must continue. Whenever the lockdown lifts, the increased opportunities for walking and cycling that have been among the unexpected side-effects of the crisis must be locked in.