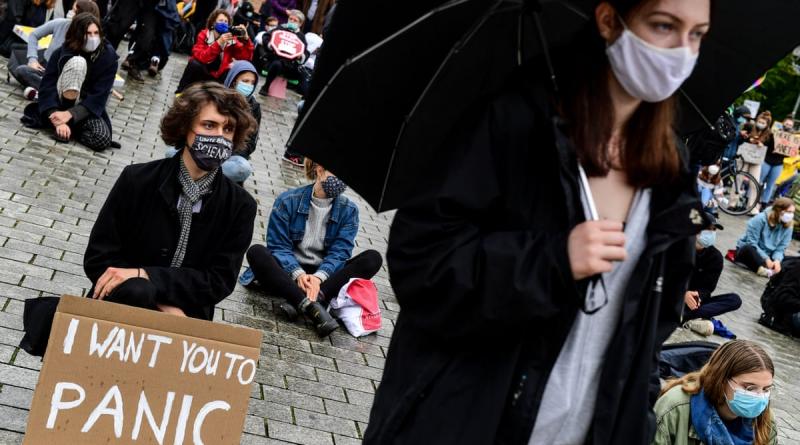 Growing numbers of organizations and individuals have signed a text from Climate Strike organizers at Fridays for Future promising to do everything they can to fight for the 1.5-degree warming target. The promise has been released to mark the five year anniversary of the Paris Climate Agreement and is now open for the public to sign.

The activists responsible for writing the promise say that it is clear that world leaders are not upholding the commitments they made in Paris, and as such, it is time for the people to make their own commitment - to hold these leaders accountable.

One activist, Disha Ravi, from India, said: “I no longer have hope in the government, their disregard for people and deep greed for money has endangered us repeatedly. My only hope lies with the youth, we will radicalize ourselves and we will build a just and equitable future.”

Another Mitzi  JonelleTan from the Philippines said   “My home, the Philippines, has been hit by typhoon after typhoon, heartache after heartache. Fighting for 1.5 is crucial for my survival and for the survival of so many in the Global South.”

“Our hope is that this will show people the power that we hold when we stand together. We who have signed are making a commitment, to each other, and to the planet, and that is a powerful thing.” said Hilda Nakabuye from Uganda

The promise is part of a larger campaign to mark the anniversary of the Paris Climate Agreement, which will see activists all over the world organizing socially distanced protests and vigils on Friday, December 11th. These actions will take place in several cities across every continent.

“ We are being silenced and pushed down but we will never give up. The entire world is making a promise to keep fighting because the next 5 years have to be revolutionary. The next five years can in no case look like the last five years.” Mitzi Jonelle Tan

The youth climate activists are asking everyone to sign the promise at  https://fridaysforfuture.org/fightfor1point5/promise/ and share on social media using the hashtag #FightFor1Point5.

We Are Not All In The Same Boat.