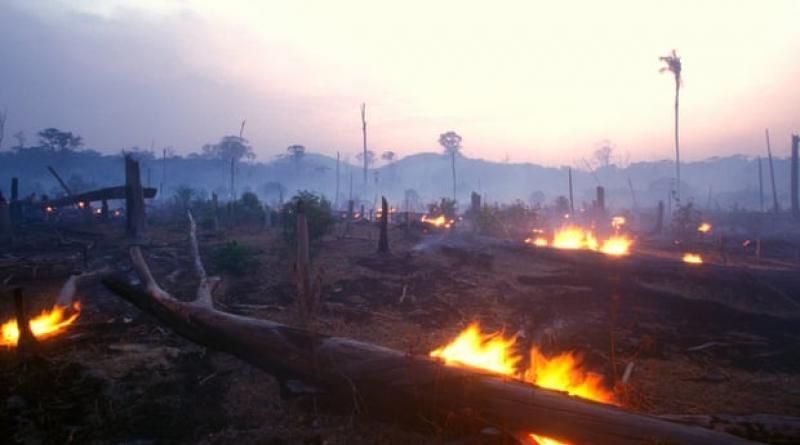 The world is being put at “extreme risk” by the failure of economics to take account of the rapid depletion of the natural world and needs to find new measures of success to avoid a catastrophic breakdown, a landmark review has concluded.

Prosperity was coming at a “devastating cost” to the ecosystems that provide humanity with food, water and clean air, said Prof Sir Partha Dasgupta, the Cambridge University economist who conducted the review. Radical global changes to production, consumption, finance and education were urgently needed, he said.

The 600-page review was commissioned by the UK Treasury, the first time a national finance ministry has authorised a full assessment of the economic importance of nature. A similar Treasury-sponsored review in 2006 by Nicholas Stern is credited with transforming economic understanding of the climate crisis.

The review said that two UN conferences this year – on biodiversity and climate change – provided opportunities for the international community to rethink an approach that has seen a 40% plunge in the stocks of natural capital per head between 1992 and 2014.

“Nature is our home. Good economics demands we manage it better,” said Dasgupta. “Truly sustainable economic growth and development means recognising that our long-term prosperity relies on rebalancing our demand of nature’s goods and services with its capacity to supply them. It also means accounting fully for the impact of our interactions with nature. Covid-19 has shown us what can happen when we don’t do this.”

Sir David Attenborough said the review was “immensely important”. In a foreword, he said: “If we continue this damage, whole ecosystems will collapse. That is now a real risk. The review at last puts biodiversity at the core [of economics]. It shows how we can help save the natural world at what may be the last minute, and in doing so, save ourselves.”

The British prime minister, Boris Johnson, who will host the UN climate summit in Glasgow in November, said: “This year is critical in determining whether we can stop and reverse the concerning trend of fast-declining biodiversity. I welcome the review, which makes clear that protecting and enhancing nature needs more than good intentions – it requires concerted, coordinated action.”

Humanity’s impact on the natural world is stark, with animal populations having dropped by an average of 68% since 1970 and forest destruction continuing at pace – some scientists think a sixth mass extinction of life is under way and accelerating. Today, just 4% of the world’s mammals are wild, hugely outweighed by humans and their livestock.

The Dasgupta review urged the world’s governments to come up with a different form of national accounting from GDP and use one that includes the depletion of natural resources. It would like to see an understanding of nature given as prominent a place in education as the “three Rs”, to end people’s distance from nature.

Dasgupta also called for new supranational institutions to protect global public goods such as the rainforests and oceans. Poorer countries should be paid to protect ecosystems, while charges for the use of non-territorial waters should be levied to prevent overfishing.

The report said almost all governments were exacerbating the biodiversity crisis by paying people more to exploit nature than to protect it. A conservative estimate of the global cost of subsidies that damage nature was about $4tn-$6tn (£2.9-£4.4tn) a year, it said. “Humanity faces an urgent choice. Continuing down our current path presents extreme risks and uncertainty for our economies.” the review said.

“The Dasgupta review shows we are running down our natural capital fast, and we will pay the price,” said Lord Stern, a professor at the London School of Economics. “Reversing these trends requires action now, and as the review stresses, to do so would be significantly less costly than delay. Crucially, it would [also] help us to reduce poverty.”

A comprehensive UN global assessment of biodiversity in 2019 concluded that human society is in jeopardy from the accelerating decline of the Earth’s natural life-support systems, with about half of wild places lost and a million species at risk of extinction.

Prof Bob Watson, who led the UN assessment, said: “The most important thing is that the Dasgupta review was commissioned by the UK Treasury ministry, not the environment department. Hopefully this will mean that finance ministries around the world will acknowledge that the loss of nature is an economic issue, not simply an environmental issue.”

Jennifer Morris, head of the Nature Conservancy, said: “In the same way the Stern review proved transformational in raising awareness of climate risk for business and financial markets, the Dasgupta review is likely to represent a watershed moment for how we value the contributions made by nature across nearly every aspect of our lives.”

2020: a truly unimaginable year for biodiversity.