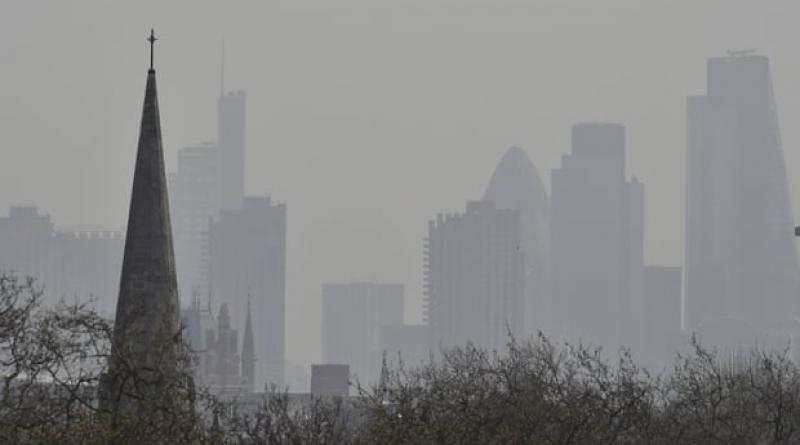 Air pollution in London has plunged since Sadiq Khan became mayor, with a 94% reduction in the number of people living in areas with illegal levels of nitrogen dioxide. The number of schools in such areas has fallen by 97%, from 455 in 2016 to 14 in 2019.

Experts described the reductions as dramatic and said they showed the air pollution crisis was not intractable. More than 9,000 people in the capital were dying early each year due to dirty air in 2015.

The report from the mayor of London, reviewed by scientists, shows that more than 2 million people in the capital lived with polluted air in 2016, but this fell to 119,000 in 2019. The report, which does not include the further falls in pollution seen after the Covid-19 lockdown began in March, shows levels of nitrogen dioxide (NO2) by roads in central London fell by 44% between early 2017 and early 2020.

The pollution cuts have been achieved by charges that have deterred dirty vehicles from entering the city centre and have driven up the use of cleaner vehicles. Putting low-emission buses on the dirtiest routes, ending the licensing of new diesel taxis and extending the amount of protected space for cycling have also contributed. 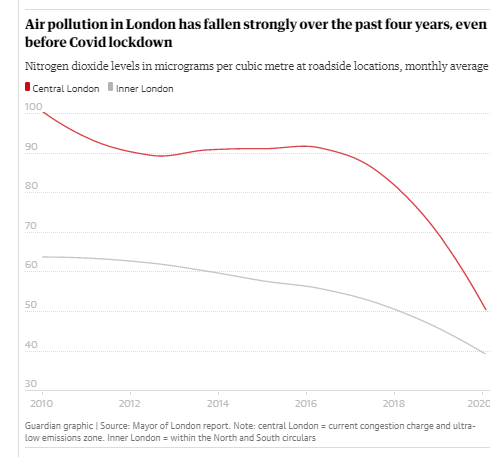 However, Khan said there was still a long way to go, particularly as 99% of London had particle pollution levels above the World Health Organization’s recommended limits, which are much tighter than the UK limit.

Almost a quarter of roads in inner London – between the north and south circular roads – still exceed the legal limit for (NO2), which is mostly produced by diesels. But the ultralow emission zone (Ulez), in which charges are levied for polluting vehicles, is to be expanded to cover all of inner London from October 2021.

Air pollution is the biggest environmental risk to health, according to the WHO, and it may be damaging every organ in the body, a comprehensive global review concluded in 2019. Most urban areas in the UK have had illegal levels of NO2 since 2010 and the government has repeatedly been defeated in the high court over the adequacy of its plans.

There is also growing evidence that dirty air worsens infection and death rates from coronavirus, and that people from minority ethnic communities fare the worst. Those people are more likely to live in areas with high air pollution.

“Today’s report confirms the transformative impact that my policies have had on our toxic air crisis,” said Khan, who was elected in May 2016. “I’m pleased that Londoners are breathing cleaner air and that we’re saving the NHS billions of pounds.”

“However, air pollution remains a major public health challenge and it’s time for the government to step up,. We can’t sleepwalk from the health crisis of Covid back into complacency over the major impact of toxic air on everyone’s health.”

He said the stricter WHO limits should be included in the forthcoming environment bill as a legally binding target for 2030.

Boris Johnson was mayor of London from 2008 to 2016 and a study by King’s College London looking at the rate of improvement in NO2 levels during that time found it would have taken 193 years to reach legal compliance. Khan said the city was now on track to meet legal levels everywhere by 2025.

“The changes in NO2 in central London and along main bus routes were some of the fastest that we’ve ever measured” in 30 years of monitoring, he said. “These successes show that our city’s air pollution is not an intractable problem.”

Prof Stephen Holgate, a special adviser on air quality to the Royal College of Physicians, said: “Air pollution is a scourge on society, especially harming the young and old. What the mayor of London has shown in his first term is that major reductions in toxic pollutants can be achieved and that businesses and the public are willing to make the necessary changes to deliver this.” He said the pollution cuts would have enormous benefits for Londoners.

The report shows there are 44,000 fewer dirty vehicles being driven in central London every day compared with 2017, when charges for polluting vehicles were confirmed. “I am looking forward to seeing the Ulez cover a far greater area with the knowledge that so many more people will benefit,” Holgate said. 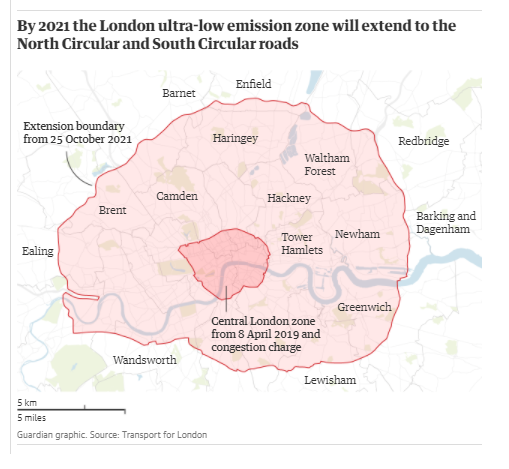 Khan has been criticised for backing a new four-lane road tunnel under the Thames at Silvertown. Victoria Rance, of the Stop the Silvertown Tunnel Coalition, said using the funding for public transport, cycling and walking offers far better environmental outcomes. In June a report from the Oxford Institute for Energy Studies said the tunnel was incompatible with the Greater London Authority’s aim to become carbon neutral by 2030.

A spokeswoman for the mayor said: “The combination of introducing tolls on both the Blackwall tunnel and at Silvertown – and the extension of the Ulez from 2021 so that Silvertown will be within the area covered – will play a crucial role in tackling congestion and improving air quality.”