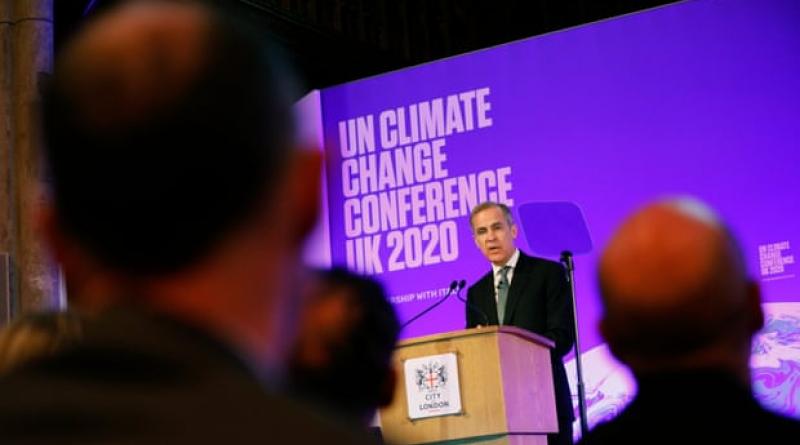 Crucial UN conference will be delayed until next year as a result of the coronavirus crisis.

The UN climate talks due to be held in Glasgow later this year have been postponed as governments around the world struggle to halt the spread of coronavirus.

The most important climate negotiations since the Paris agreement in 2015 were scheduled to take place this November to put countries back on track to avoid climate breakdown. They will now be pushed back to 2021.

A statement from the UN on Wednesday night confirmed that the meeting of over 26,000 attendees would be delayed until next year. It said new dates for the conference would be decided in due course.

The UK energy minister and president of the Cop26 conference, Alok Sharma, held crunch talks with the UN and several other countries on Wednesday evening to confirm the timing of the summit. “The world is currently facing an unprecedented global challenge and countries are rightly focusing their efforts on saving lives and fighting Covid-19. That is why we have decided to reschedule Cop26,” he said.

“We will continue working tirelessly with our partners to deliver the ambition needed to tackle the climate crisis and I look forward to agreeing a new date for the conference.”

The Cop26 meeting was scheduled to be held in Glasgow at the SEC arena, a venue that the Scottish government plans to turn into a field hospital to treat virus victims.

The UN Framework Convention on Climate Change agreed to delay the vital talks because of the widespread disruption caused by coronavirus, and will also delay a key preliminary meeting scheduled for Bonn, Germany, which was also expected to be derailed by widespread lockdowns and travel restrictions.

John Sauven, executive director of Greenpeace UK, said it was vital that the delay should not allow governments to back down on their commitments to tackle the climate crisis. “The decision to postpone the climate talks in Glasgow was inevitable given the health emergency the world is currently facing,” he told the Guardian. “But while the summit has been delayed, the climate emergency can’t be put on hold. Government stimulus packages will hold the key as to whether this emergency significantly delays or advances progress on tackling the climate emergency.”

Some campaigners believe there could be another advantage to delay, as the US presidential elections take place this November, just before Cop26 was scheduled to begin. With the summit delayed to next year, other governments will have time to adjust either to a second term of Donald Trump – who opposes the Paris agreement and is withdrawing the US from it – or a new president who is likely to support climate action.

But several prominent climate experts had feared that delaying the talks would mean governments eased off on pursuing stronger commitments to fulfil the Paris goals.

Christiana Figueres, the UN climate chief who oversaw the Paris summit in 2015, had argued for keeping Glasgow on track. On Wednesday night she accepted the delay but added: “Emissions must peak this year if we want to limit warming to 1.5C and the Paris agreement set the Cop26 summit as the moment when all countries would ramp up their targets in line with the steep emissions decline we need to see in this decisive next decade.”

The Institutional Investors Group on Climate Change (IIGCC) welcomed the delay as the best hope of rebuilding diplomatic momentum before the talks take place. Stephanie Pfeifer, the group’s CEO, said investors would support the decision because it “improves the likelihood of a strong outcome and ensuring that the world is put on a path to tackle the climate crisis”.

But the delay will come as a blow to some climate campaigners, who have urged the UK government to proceed with the conference despite the outbreak to avoid stalling progress on global climate action. They believe since the Paris agreement, countries have failed to develop climate commitments that go far enough to avoid a catastrophic environmental breakdown. The Glasgow talks aim to galvanise tougher plans to cap rising temperatures by limiting greenhouse gas emissions.