ASK SARA: 'My sister says global warming is a lie. How do I talk to her?' 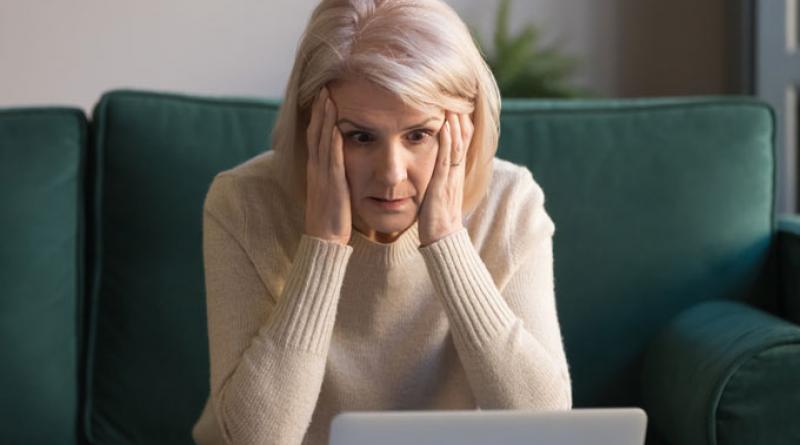 Advice on connecting with family members, ditching your commute, and understanding climate models.

I sent my sister, who is expecting her third great-grandchild next month, some information from the Union of Concerned Scientists about climate change and the short time we have to save our planet from its effects. She is an evangelical and wrote back, “I stand on God’s word that He created the world and He will take care of it. (1) There is no global warming. It is a lie to make the rich richer! … (2) Jay Inslee is as dumb as a fencepost!” (My sister lives in western Washington, where I grew up.)

How in the world would you talk to someone like this? She has five children, 19 grandchildren, and 2+ great-grandchildren. I am at a total loss!

I’m sorry to say that your sister sounds like a lost cause on this issue.

I understand that you’re worried about how climate change will affect your young relatives. But from the little you’ve shared with me, it seems like your sister has bought wholeheartedly into conspiracy theories about climate science.

However, the odds are good that some of your sister’s children or grandchildren are concerned about the problem. In fact, only 16% of American adults believe that global warming is not happening, according to research by the Yale Program on Climate Change Communication, the publisher of this site. Free yourself of the burden of trying to convince your sister of a reality she refuses to acknowledge. Instead, put your energy into other relatives or young people you know.

You could, for example, buy National Park passes as birthday presents for the kids in your life, watch nature documentaries with your great-nieces and great-nephews, start a friendly competition with a family member over who can conserve the most energy at home, and so on.

That’s not to say you must stop talking about climate change in front of your sister. But if you’re bringing it up at Thanksgiving, do so with the goal of forging a connection with the others around the table. For more on how to talk to those who are open to the evidence, don’t miss this article by Yale Climate Connections contributor Karin Kirk.

Have any workplaces changed remote-work policies yet due to climate change? What could or should new policies look like? – Eliza via Twitter

Yes, remote work is getting more common. In fact, I’m writing to you from my kitchen table, as I’m a member of the growing remote workforce. Between 2012 and 2016, the number of U.S. employees working remotely at least part of the time rose from 39 to 43%, according to Gallup.

Research suggests that less time spent in the office reduces energy use, in part because of avoided commutes. Well-designed remote-work policies can also help companies become more profitable by decreasing the amount of office space needed and by improving employee productivity. But it’s worth noting that some large companies like Yahoo and Bank of America have walked back their work-from-home policies, citing the desire for in-person collaboration.

Sandy Batchelor, a work-life manager at the University of California, Davis, told me that managers considering flexible work requests ought to start with the following questions:

Batchelor said that good remote-work policies are generally “reason neutral” – that is, the request is considered independently from the reason given. For example, workplaces often offer flexibility to parents who need to pick up their kids from school or take them to doctor’s appointments. But policies that appear to favor parents can foster resentment.

Reason-neutral policies help address that problem. “It makes it more fair and equitable for everybody involved in the office,” she said.

She also encourages managers to set limits on flexible work arrangements. For example, they might consider flexible-work requests only after a worker has been with the organization for a minimum amount of time. Or they might require all employees to attend an in-person weekly meeting. At UC-Davis, employees are encouraged to work one day a week from home during the summer, a time when fewer students are on campus.

Batchelor said she isn’t familiar with any organizations implementing flexible work arrangements specifically in response to climate change. But she said the impact of commutes on the environment is a growing consideration.

“We already know the organizational and cultural benefits,” she said. “But it is now just sort of trickling into ‘Hey, you know, if we could get this number of cars off the road one day a week, it’s going to make a big difference.'”

For more tips for both supervisors and employees, see this article by Batchelor: “Telecommuting for the Planet.”

How do I explain to my friends why virtually all of the climate models in use today fail to forecast today’s temperatures? – John M.

Sounds like someone has given you incorrect information about the accuracy of climate models. In fact, climate models dating back decades have a solid track record of forecasting global warming. In some cases, the models predicted less warming than actually occurred; in others, they predicted more. But overall, they’ve proved reasonably accurate, as explained in this article by climate scientist Zeke Hausfather. The bottom line: Because the top climate models have been accurate in the past, there’s little reason to doubt the warnings they’re offering about the future.

ASK SARA: 'Why have carbon dioxide levels risen and fallen in the past?'

ASK SARA: Where did the climate come from?' and other kids' questions about climate change

ASK SARA: 'How much will it cost to slow climate change?'