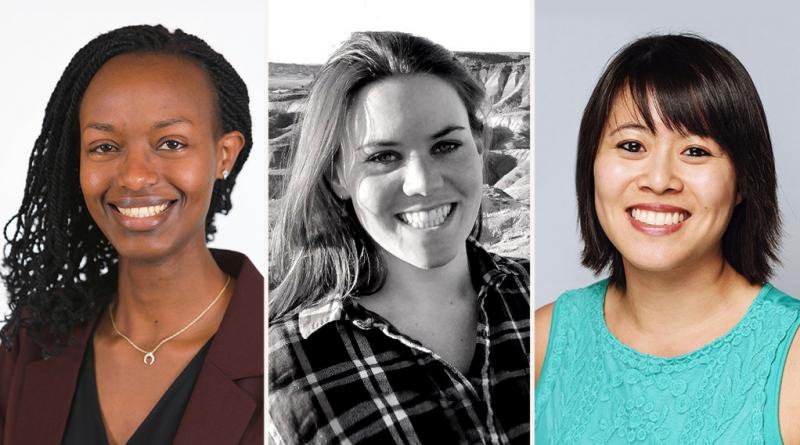 Women may be underrepresented in clean energy careers in general, but there is no shortage of Yale women alumni working in renewable energy. Credit the Yale School of Forestry and Environmental Studies (FES), where more than half of the graduate students pursuing a master’s degree are women.

“When I first started in the industry, I had a conversation with a female executive about how I was surprised by the gender imbalance,” says Connor. “Especially because we had so many women represented in the program at Yale.” The executive noted that many workers in the sector come from construction and finance backgrounds, which are both heavily male-dominated. “There’s a lot of work the industry as a whole needs to do,” Connor says.

A 2016 report on gender diversity in the energy sector by the International Energy Agency found that women represented 35% of the workforce in the renewable sector on average, with only 6% representation globally in decision-making positions. But at Yale, a growing number of students — many of them women — are finding their way into clean energy careers, with excitement building around opportunities in renewable energy, and the popular FES course “Renewable Energy Project Finance” by lecturer Daniel Gross ’92 B.A., ’98 M.E.M./M.B.A., which has given many FES students direct experience in financial modeling and renewable energy financing.

Connor began her degree program at FES with an interest in water management and climate change but says Gross’ course sparked an interest in financing. “The course is a great primer to understand the space,” she says.

Kankindi, who came to Yale from Rwanda with an interest in clean energy finance, also drew real industry insight from Gross’ course. “I learned all the key terms and metrics in project finance of a renewable energy project which prepared me for my current job,” she says. “When I applied to Sol Systems, they were impressed by my knowledge of the project finance space.”

In the class, students learn how to navigate transactional documents and build Wall Street-caliber financial models. In lieu of textbooks or academic articles, they read hundreds of pages of loan agreements, power purchase agreements, and other contracts from an actual renewable energy project. Kankindi’s team deploys institutional capital through tax equity and sponsor equity funds, and the team recently launched Helios, an infrastructure fund with Nationwide Insurance, with a mandate to acquire, develop, build, and own utility and commercial solar assets across the US.

Leung can attest to the fact that renewable energy finance is growing rapidly. Her firm, C2ES, forms partnerships with the private sector — including oil and gas, building, electricity and transportation — to drive serious carbon reduction. Honda announced plans in late September to make the largest renewable energy purchase of any automaker, offsetting 60% of electricity used at its North American plants with 320 MW purchased from a solar facility in Texas and a wind farm in Oklahoma. Also in September, Amazon announced it will order 100,000 electric delivery vans from the EV startup Rivian. “The private sector is making big climate-friendly purchases,” Leung says, “And that’s a big signal to the market.”

Diversity is critical as the renewable energy market grows, Leung says. “It’s important to have everyone’s voices heard,” she says, adding that she’s glad to be part of the panel to help “pay it forward.”

Energy Career Panel: Insights from Alumni will be held Oct. 9, 6-9 p.m. at Kroon Hall. The event is co-hosted by the Energy SIG, the Climate Change SIG and Yale Environmental Women, with help from the Yale Center for Business and the Environment and FES's Energy Learning Community. See the website for details and registration.

What to do about climate change? Ask women – they have the most to lose.