The world must go faster and farther to achieve the Sustainable Development Goals, new report says. 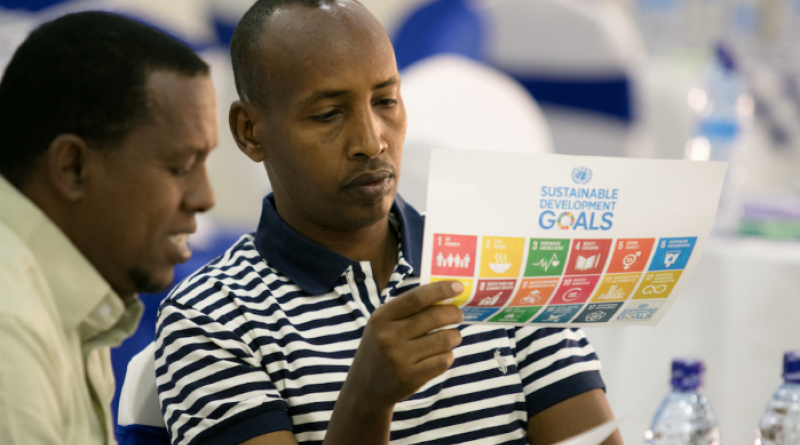 The Sustainable Development Goals Report shows that climate change and inequality threaten the achievement of Agenda 2030.

Released on the first day of the High-Level Political Forum taking place in New York from 9 to 18 July, the report raises the red flag that despite the achievements made, the world must adjust the pace and path of current efforts.

“While we are making notable progress to achieve all 17 SDGs by the year 2030, the Sustainable Development Goals Report released today clearly highlights that we still face a number of diverse challenges to accelerate the achievement of the Goals,” said Achim Steiner, the Administrator of the United Nations Development Programme (UNDP). “The targets that countries have set themselves are ambitious and are wide-ranging -- they include poverty reduction; the sweeping actions that we need to take to tackle climate change; as well as the increased efforts that are needed to protect our planet’s biodiversity.”

Report findings show that the rate of extreme poverty is falling, down to 8.6 per cent in 2018 from 36 per cent in 1990. However, the speed of poverty reduction is stalling. Gender inequality is also persistent as women and girls continue to be excluded from politics, education, and economic opportunities.

Drastic action is needed to mitigate the climate change reality. The Paris Agreement is one step, with countries outlining their national contributions to cutting greenhouse gasses. The report shows that 2018 was the warmest year on record, while levels of carbon dioxide continue to rise, setting off a chain reaction of ocean acidification, more frequent extreme weather and sea level rises, among other symptoms.

The report also highlights encouraging news. The world is making headway on access to energy and the report shows that nearly nine out of 10 people have access to electricity, of which renewable technologies are playing an increasingly positive role.

Overall biodiversity loss is slowing, yet still fragile. The pace of deforestation has slowed by 25 per cent while funding for forest protection and management has increased. However, we must be diligent to prevent the extinction of one million species at risk, and halt any further land degradation.

As co-chair of the Task Team for the High-level Political Forum with the Department of Economic and Social Affairs, UNDP assisted in researching and writing this report.

The findings of the report will be explored further at the SDG Summit in September 2019, where Heads of State will gather to fully assess progress and ways to accelerate progress on the Goals.

This Summit will be the first of its kind since the 2015 adoption of the SDGs.

The United Nations Development Programme (UNDP), works in nearly 170 countries to eliminate poverty and has helped improve the lives of billions of people. We partner with governments, communities, businesses, and individuals to create a world where all people prosper and the planet is protected from harm. UNDP has teamed up with nations across the globe to help them achieve the 17 new Global Goals to end poverty, reduce inequality, and tackle the effects of climate change by 2030.

If U.S. Emissions Rose In 2018 Despite Clean Energy Growth, How Can We Meet Climate Goals?